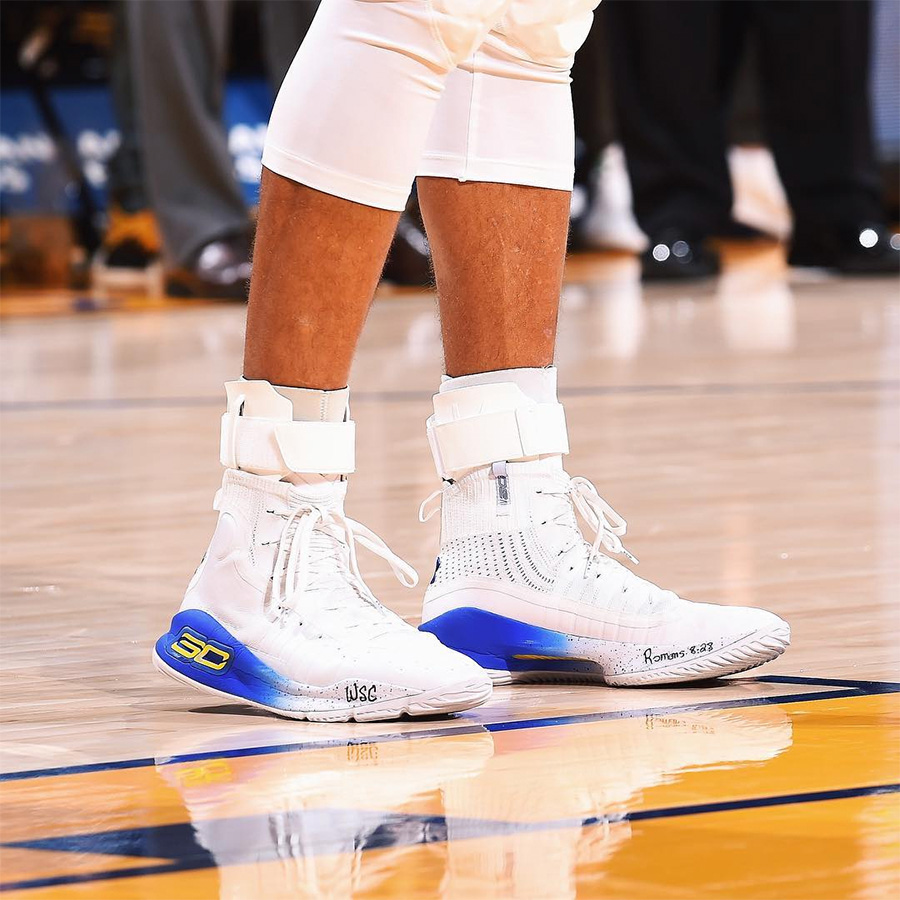 Stepth Curry made national news when He got into a series of tweets exchange with current USA president D. Trump. It’s pretty pathetic to think a president has this much time on his hands to argue over mundane matters such as a visit to the White House. It got to the point where Curry’s on court enemy Lebron James got involved and actually defended Steph; it’s good to see that these guys are able to leave their rivalry on the court when needs be. Anyway for the Warriors preseason opener, Steph Curry was wearing a team inspired colorway of the upcoming UA Curry 4.

The curry 4 made its first appearance during the playoffs in a very provocative black and gold color combination ( basically signifying that the warriors were going to win the title). I’m still not sure why Under Armour has waited this long to drop the shoes; meanwhile the brand has released a myriad of basketball shoes that aren’t quite eye catching like the Curry 4. I think it would have been fitting to drop at least one pair after the championship. The pair SC wore on Saturday comes in the Warriors’ white, blue and yellow jersey colors. White dominates the uppers while blue hit the midsole all the way up to the midfoot, and the rest of the midsole features blue speckles. The SC ( Steph Curry) logo will come in yellow on the heel and UA’s own logo will cover the back panel. Material wise, I’m assuming the shoes feature  the brand’s threadborne on the uppers with leather overlays on the panels and woven materials across the bridge and the ankles.

They also have a sock like construction around the ankle for a comfortable fit and I see some sort of pods on the sides ( which I believe enhance stability). Because of Curry’s fragile ankles, these shoes are designed with extreme precaution to prevent any injuries. Steph also added his own personal coded messages on the shoes i.e “WSC” ( I don’t know what that stands for” and Rom 8:28, which is also a favorite bible of mine (And we know that God causes everything to work together[ for the good of those who love God and are called according to his purpose for them).

I don’t know when the Curry 4 will officially drop but stay tuned for further release updates. 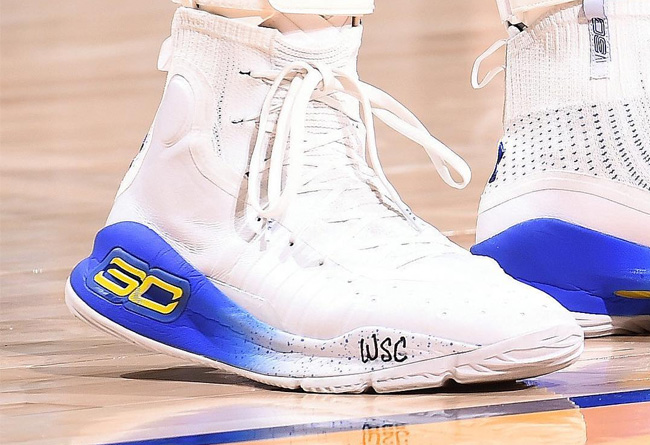 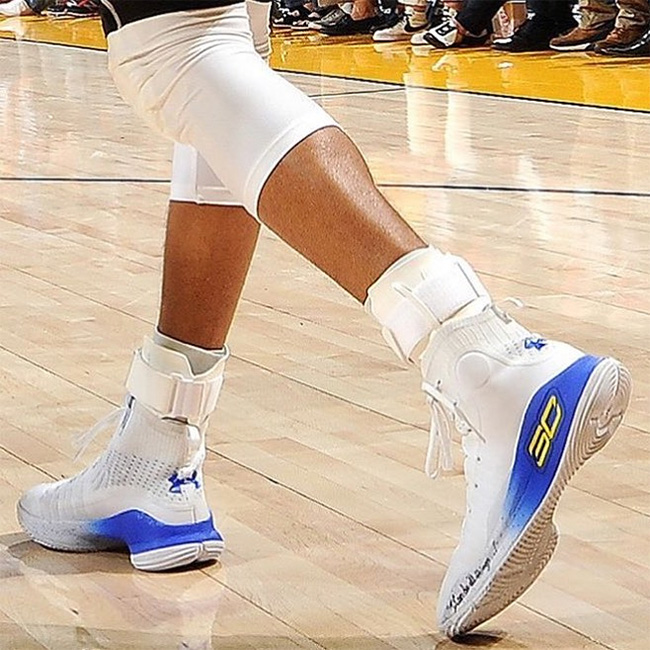