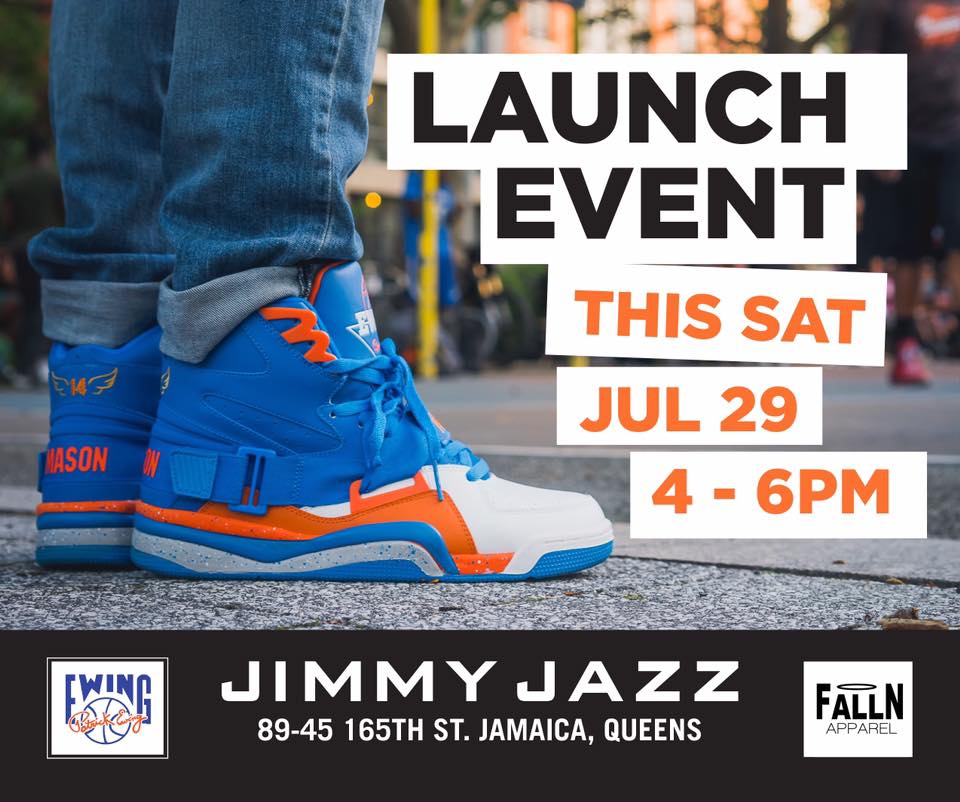 I don’t think the 90’s era will ever be replaceable; it was so packed with memorable stories that I’m glad to have witnessed. The knicks saw their glory days during the 90’s with many defining moments in MSG i.e. P. Ewing missing a layup in Game 7 during the 1995 heated playoff game against the Pacers. Ewing’s signature shoes

were also very much part of the Knicks’ history and in the 1991-1992 season the Ewing Concept released. This also collided with the arrival on Anthony Mason who signed his contract with the Knicks in the summer of 1991. Mason became very good friends with Ewing whom he shared the front court with under coach Riley. The pair never won an NBA championship, nonetheless they gave the Knicks fans some of the most pleasurable and unforgettable moments in New York basketball history.

Unfortunately Mason suffered a massive heart attack in 2015 and passed away at the age of 48. But his memory lives on and to pay tribute tho his legend, Ewing Athletics is releasing the Ewing Concept “Anthony Mason PE”. 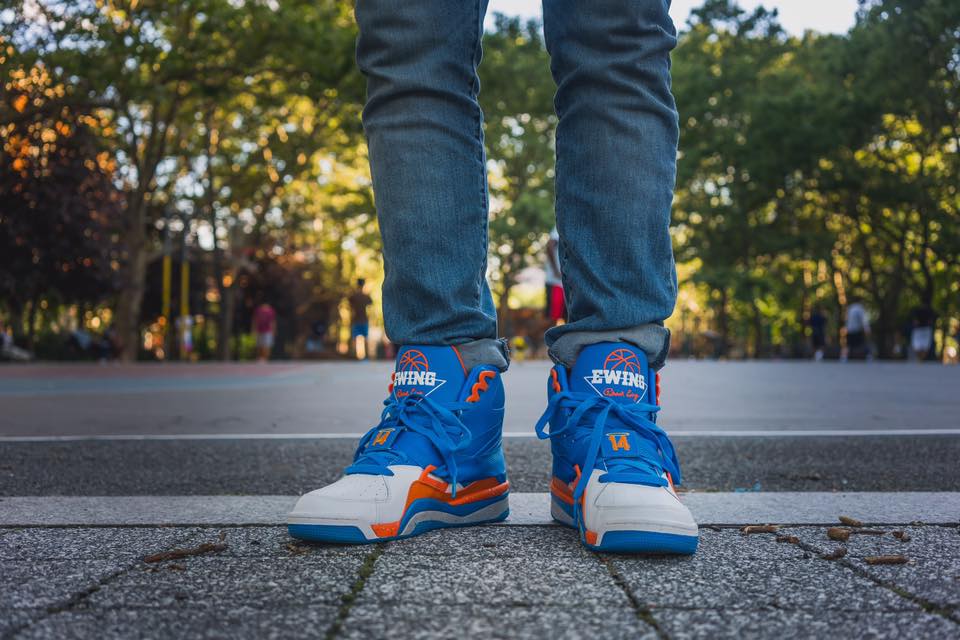 The shoes were designed by the late Anthony Mason’s son, A. Mason Jr. and are dressed in the Knicks traditional uniform colors. Key features of the shoes include Anthony Mason’s #14 with angelic references on the forefoot strap and the back panel. His name is also embroidered on the back panel. Ewing’s logo will be featured on the outside of the tongue with a basketball as well.

The shoes are set to drop at a special event open to the public sponsored by Jimmy Jazz in Mason Jr.’s in Queens this Saturday, July 29th from 4p-6PM at 89-45 165th St. Jamaica, NY 11432. Proceeds from the shoe will be donated to the “Family On Three foundation” , a youth enrichment organization who also honors Mason’s legacy.

YOU CAN BUY IT NOW VIA JIMMY JAZZ-CLICK HERE