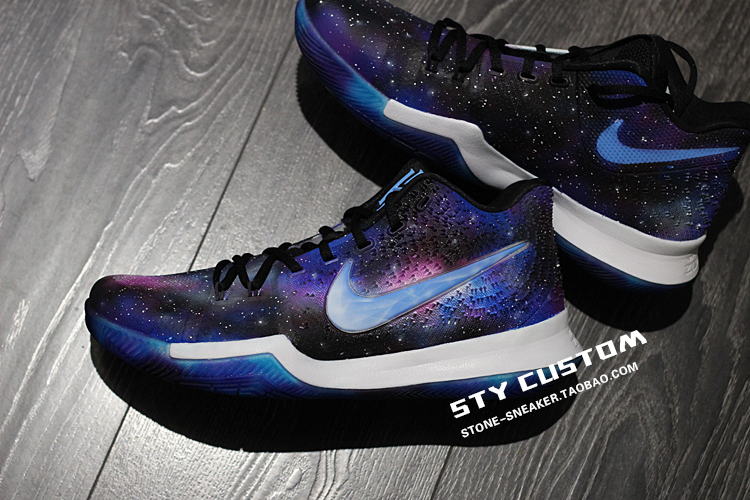 The 2012 All Star Game was loaded with some of the best sneakers Nike sportswear ever dropped. It was almost like a perfect storm; in that same year we were treated to the KD 4 Galaxy

and the most iconic was the Nike Air Foamposite one Galaxy

. Nike has since tried to replicate the same effect the Galaxy themed sneakers had but to no success. In that same year, many customizers took up the challenge of creating their own Galaxy inspired sneakers and the outcome was interesting. We witnessed some ridiculously hideous sneakers and some pretty well executed customs as well. The galaxy frenzy has now died out but a couple of days ago, I came across a pair of Custom Nike Kyrie 3 Galaxy and the sight of it brought back some pretty warm memories. The shoes feature a galactic upper with a bunch of little dots representing the stars in the sky. The white on the midsole  adds a bit of contrast to the shoes and the purple and blue on the oustole were intended to match the uppers. Check out the pictures below and leave your comment.