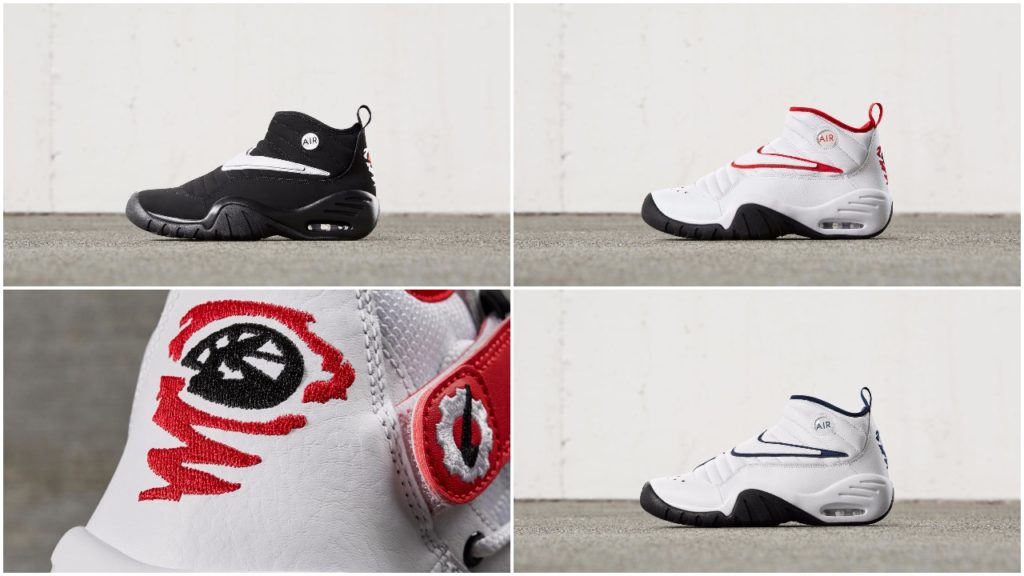 With the return of classic 90’s basketball shoes like the Uptempos, it’s only right for Nike to resurrect the Nike Air Shake NDESTRUKT. They were worn by one of the most eccentric player in the league, loved by some , despised by many for his opponents mainly because of his relentless activity on defense and his intangibles on the court. For those who don’t know i’m referring to Dennis Rodman , a member of the fiercest team of the 90’s, the Chicago Bulls. A total of three colorways of the Nike Air Shake NDESTRUKT will release on April 27. The first two models that you see above feature two layers; the bottom layer is composed of a full grain leather material that also covers the heel panel, and the top layer is dressed in a softer composite leather material. The shoes  have a mesh/ballistic nylon underlay camouflaged under the asymmetrical lacing system reinforced by  a Velcro strap. Branding comes in a large swoosh logo that spreads between the eyestay and the lateral side; additional logos can be spotted on the heel and the quarter panels- these sneakers definitely have a lot of details and an interesting aesthetic. They also have a perforated toe box for ventilation purposes- this is probably the only way to allow an air circulation. Additional features include a PU midsole with visible air units at the heel and a DRC Court rubber outsole with large herringbone threads for excellent grip on the court/playground. All three colorways will debut on April 28. Check out the images and release details below.