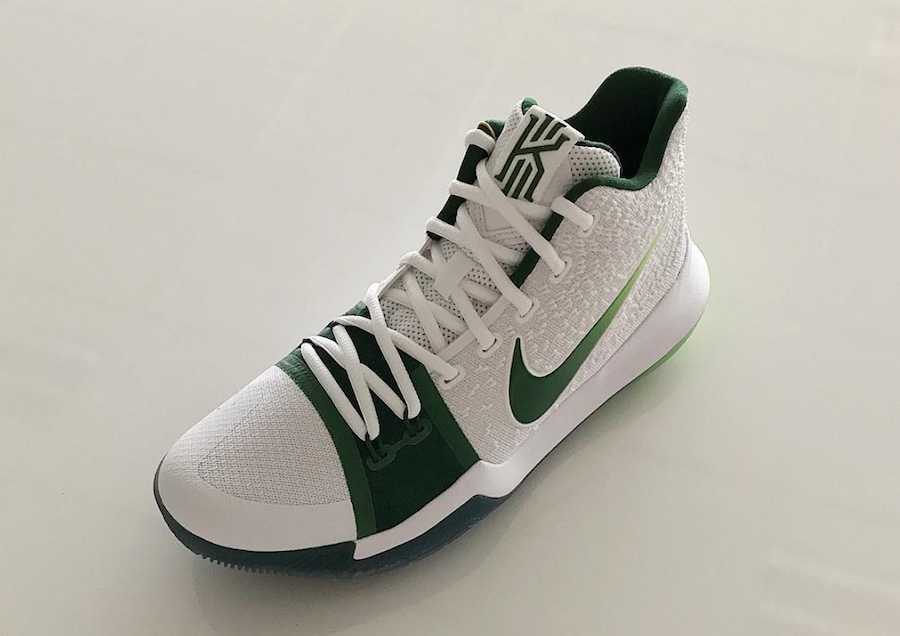 The Boston Celtics started their season with a lot of hope but an early injury to Forward Hayward has put the team’s season into question. I do think there is a lot of hope for the Celtics with the young nucleus they have playing alongside Kyrie Irving. and talking about Kyrie, here is a quick look at the Nike Kyrie 3 PE Boston Celtics, obviously made in the team’s away jersey color scheme.

I don’t think the shoes will be available to the general public but they feature an all white upper with green accents on the midfoot band and the panel swoosh logo. Additional green can be spotted on the Kyrie’s  tongue logo, the ankle liner and the outsole. I think his number should have been added on the back panel as well. Check out the other pictures below 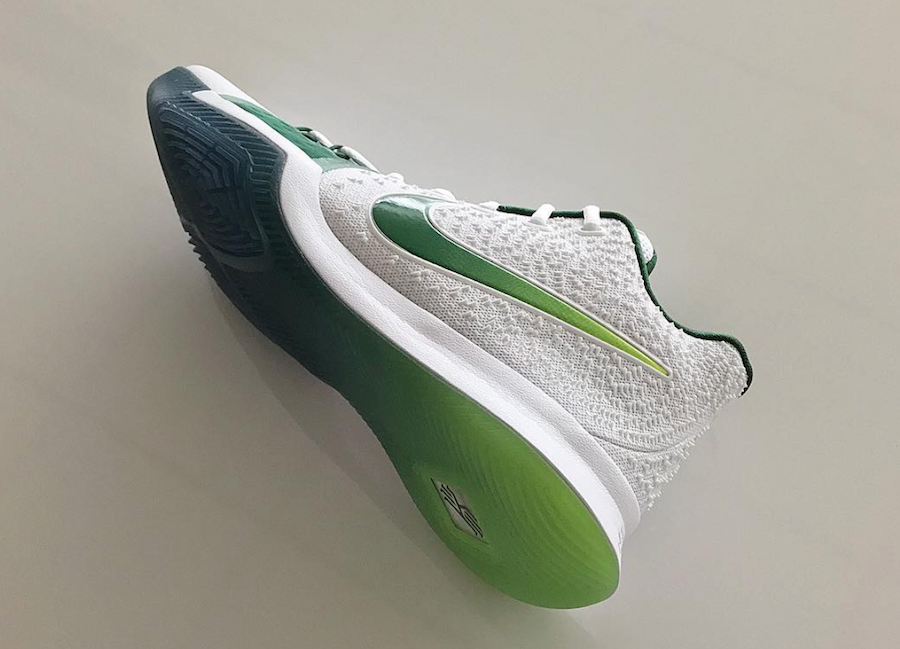 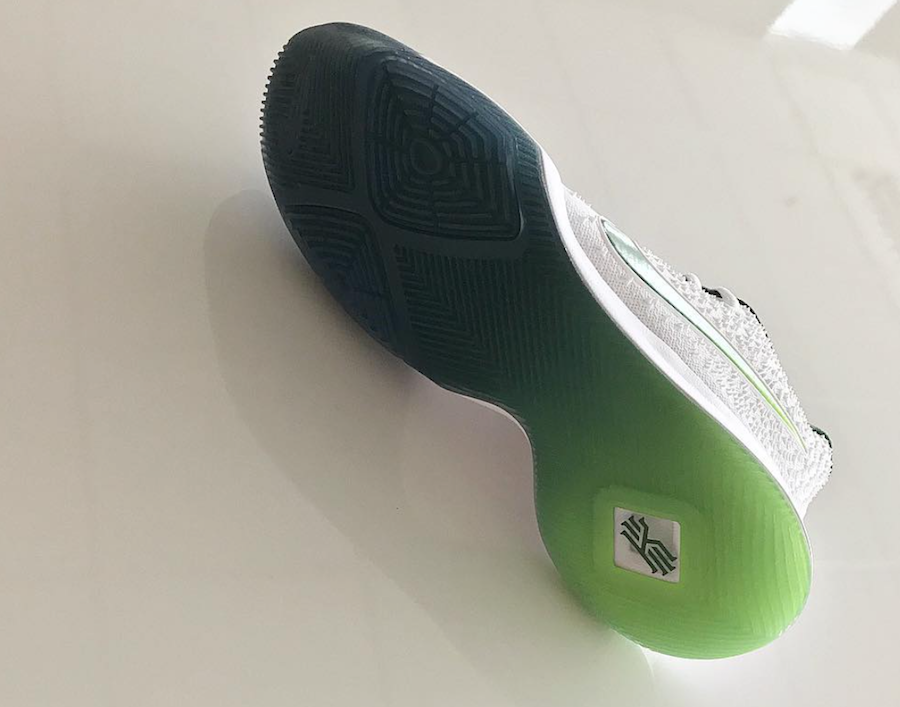 To The Boston Celtics & Gordon Hayward: Never Say Die Till The Bones Are rotten