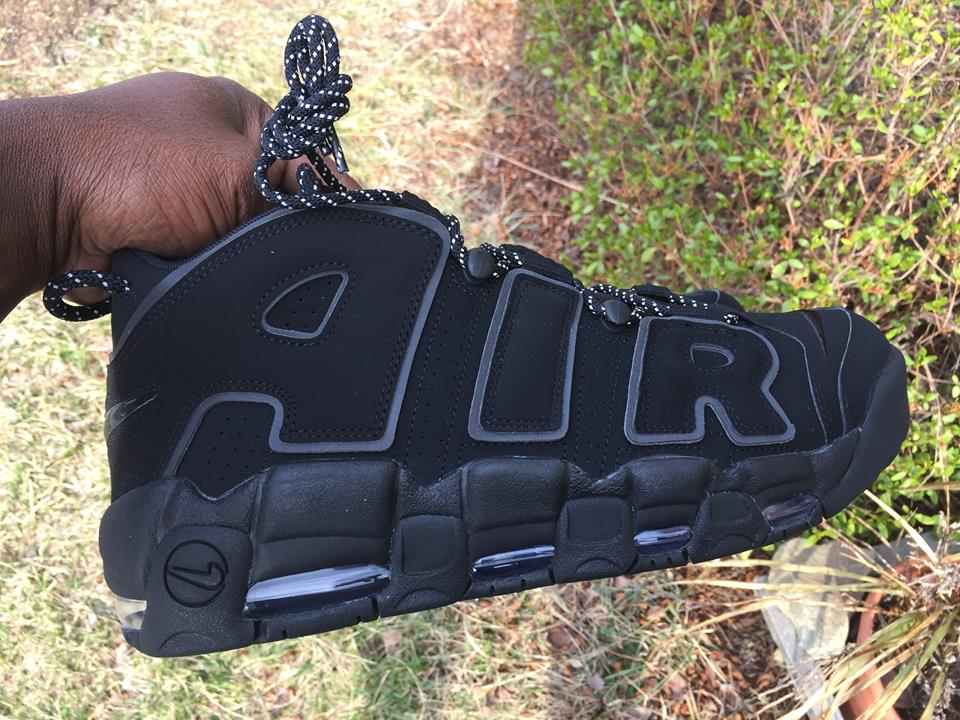 I picked up a pair of the Nike Air More Uptempo

Triple Black 3M reflective; I’m not sure when the shoe will release in the US. They come in a black on black color combination and feature a nubuck upper with reflective details on the panel overlays, laces and more. I wanted to have a better look at the reflective effect on the shoes, so I turned on my flash and shiny little dots were sparkling all over the shoes, the outsole included.

The Nike Air More Uptempo Triple Black 3M is also equipped with visible air units for cushioning purposes; Scottie Pippen made the uptempo famous during the Bulls dynasty. I’m surprised he was able to play in those because they are pretty heavy, I wouldn’t recommend them for basketball given the type of sets NBA teams run these days- spacing, ball movement, uptempo offense which require players to move quick and fast. But I think for bigger guys that like to operate in the low post area, the uptempo might be a good fit.

BUY IT NOW FROM HOUSAKICKS SHOP