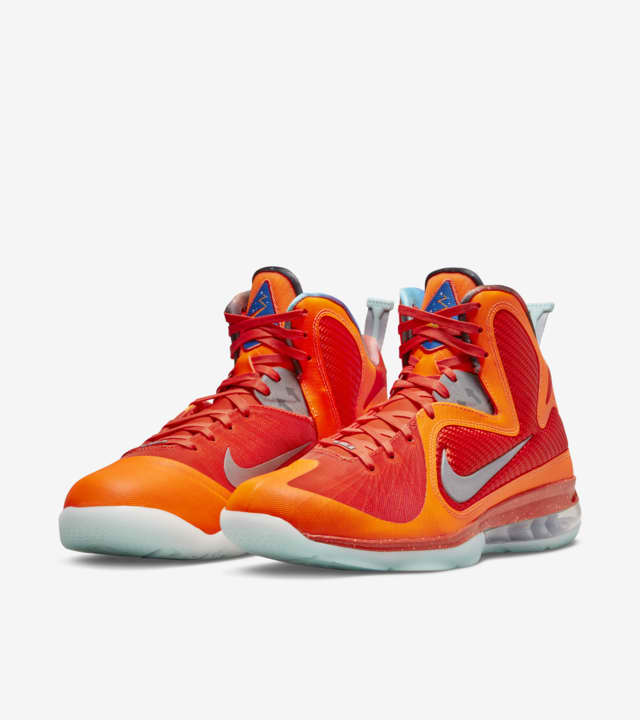 Spread the love
The 61st edition of the NBA All-Star Weekend 10 years ago featured some of the best Nike signature shoes the sneaker market has ever seen. The Nike LeBron 9 Big Bang, commonly known as the Galaxy 9’s, was one of the hallmark sneakers released during the festivities. Since then, Nike has attempted, but failed, to reproduce the cosmic theme’s success.
The Big Bang 9 was created with one thing in mind: space, as its name suggests. The designers drew inspiration from the universe to build an out-of-this-world shoe. Today, we’ll look at the history of these sneakers and see how they made their way from space to the basketball court!

Before The Nike Lebron 9 Big Bang

Prior to 2010, LeBron’s signature line was not as coveted as Jordan’s. I recall heading into my local DTLR and effortlessly scooping up the LeBron 7 Dunkman. The LeBron James line was just getting started and hadn’t yet reached its pinnacle. In 2010, however, Nike released the Lebron  VIII. This shoe was a game changer for two reasons: it featured Flywire material and it had an interesting story behind it. Lebron went on national TV in 2010 during his infamous “decision” to broadcast his move from Cleveland to Miami to play alongside D Wade and Chris Bosh. Fans across the world were shocked! Why would one of the best players in basketball leave his hometown team? This was not an easy decision for Lebron as he grew up in Ohio and had a lot of love there. But, in the end, he wanted to win a championship, and he did that twice with the Heat. One of LeBron’s comments during the conversation propelled the LeBron 8 and the entire signature shoe to new heights. According to King James,

I’m taking my talents this Summer to South Beach

Nike, being the marketing geniuses that they are, capitalized on the moniker and created the Lebron 8 South Beach dubbed preheat, and the Lebron brand was elevated to king status overnight. The challenge now was to keep the LeBron line relevant , and Nike did an excellent job of keeping fans on their toes. The LeBron 9 was released in a variety of colorways, and sneakerheads all over the world were ecstatic. But, as good as the earlier LeBron 9 hues were, none of them matched the intensity and excitement that the LeBron 8 south beach inspired. All of that changed in 2012, when Nike Basketball launched a super-limited edition  of the All-Star Galaxy Pack in China during the “Battle of Guangzhou” event.  The collection included  three sneakers- the Kobe 7, KD 4 and Lebron 9 Galaxy. They came in  extraordinary three-tiered box, and a gold hangtag that individually numbered all fifteen copies made.

James Petrie, who was inspired by space and the universe, built the LeBron 9 Galaxy. The shoes sported an out-of-this-world design that was inspired by stars and planets. The designers sought to build a sneaker that would remind people of the unlimited possibilities that exist outside of our globe, because we once believed there was nothing beyond our planet, but we now know otherwise. It  has a bright orange color scheme that is reminiscent of the spacesuits astronauts would wear on intergalactic journeys. The concept continues on the inside of the shoe, with a galaxy-inspired design, silver embellishments on the eyestay, and Swoosh branding on the sides. The shoes came with an incredible array of features, but the icing on the cake is the Milky Way-inspired glow-in-the-dark outsole, which, in my opinion, lends the shoe its legendary status. The amount of details  is incredible and will definitely leave you speechless when you see them in person. I was fortunate enough to scoop up a few pairs n 2012 and actually released the first Real Vs Fake video on on Youtube

Nike has decided to reintroduce the shoe on February 16, 2022, and fans worldwide should be ecstatic. My main issue with this retro is the price; it retails for $240, which I find ridiculous. I’m not sure why Nike is charging $240 for them because the 2012 edition retailed for $160, and according to the inflation calculator, the price should have been $187.90, if not $190. I don’t believe the sneaker comes in a special package, therefore how can the brand justify a price increase of 50%?

Where To Buy The Nike Lebron 9 Galaxy

You can also purchase it now on eBay from our featured sellers via authenticity guaranteed, CLICK HERE

Here are images of the shoes courtesy of Nike 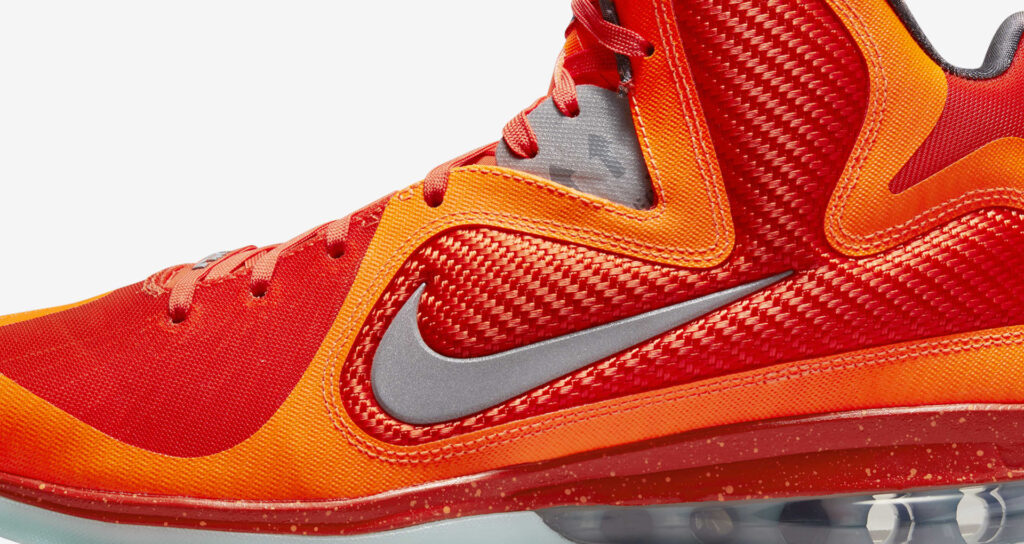 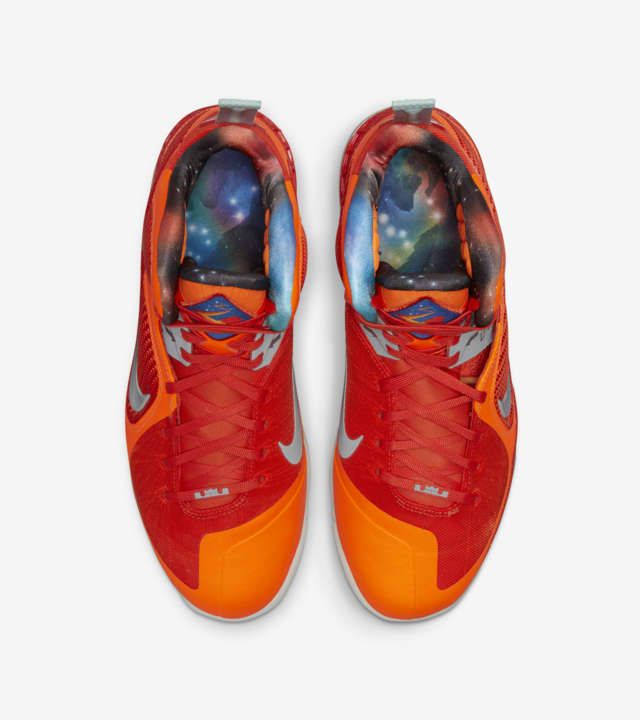 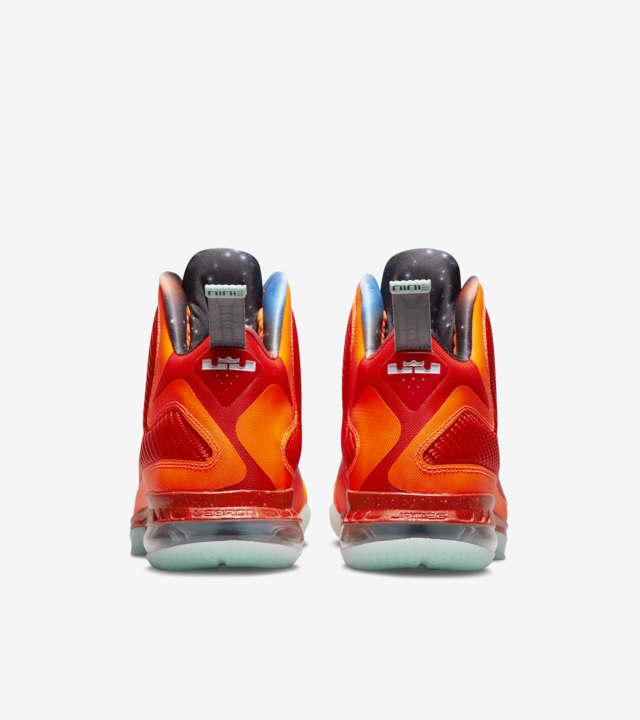 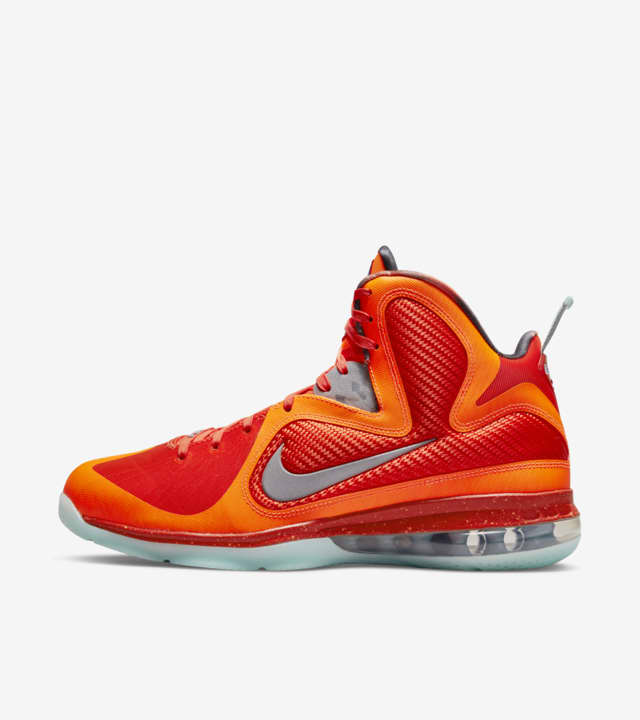