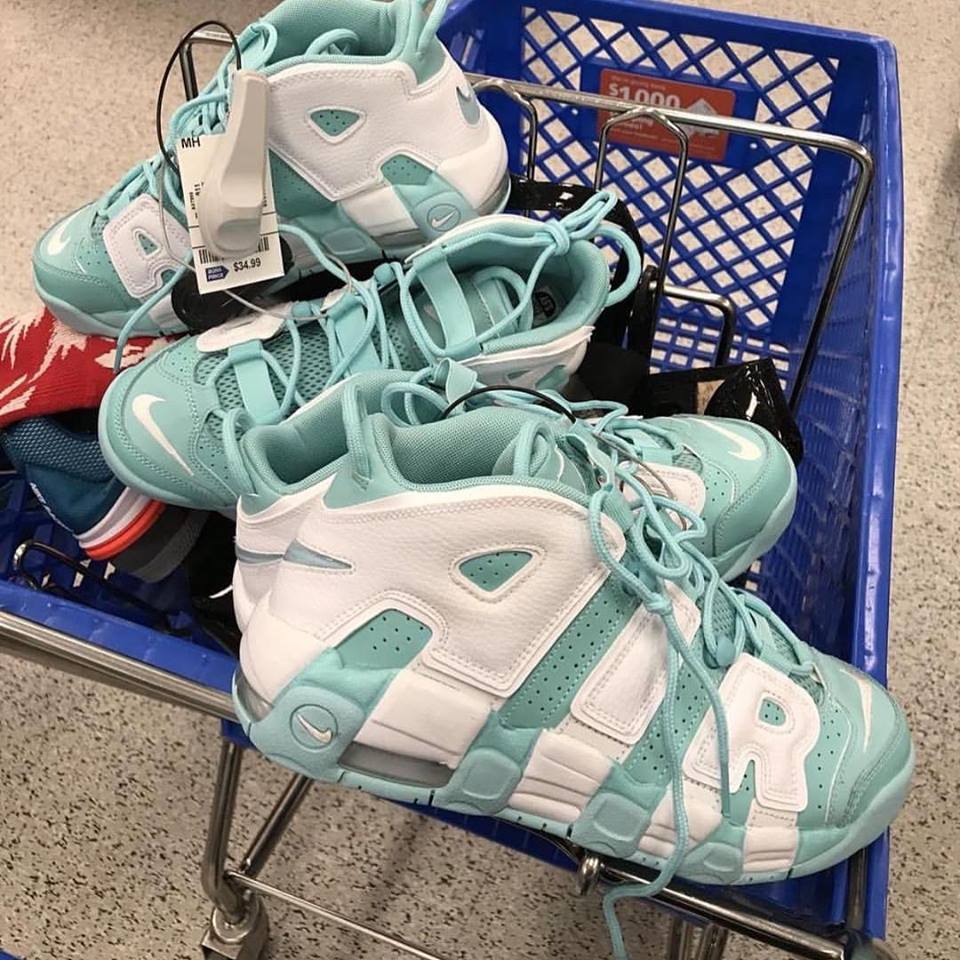 and it eventually led to the demise of the shoe. I’ve been preaching for months now about how Nike has adulterated the uptempo’s and my words have fallen on deaf ears. I expect to see hybrid sneakers like the Melo’s, the CP3’s and the likes at a Ross store but not a pair of uptempo. Actually I expect them to hit outlet stores but seeing them marked for as low as $34.99 in a department store  is utterly blasphemous. The lack of accountability within the creative department of the brand is to be blamed for this. It seems to me as if some of these folks do not take their job seriously; when the bulls uptempo made a return this year, everyone was very excited. Nike should’ve put the shoes back in the vault after that. I don’t even think the olympic edition should’ve been brought back. But  what did the brand do? They unleashed a fury of frivolous colorways in men’s and kids and eventually destroyed the sentimental, charismatic and historical values the Nike Air More Uptempo carried. I think Nike got the memo because their line up for the month of January is loaded with nothing but what we call some “Serious Heat”. It’s good to see that the brand is going into this direction and that scarcity will be one their theme for 2018. The damage has already been done though for certain styles like the Uptempo, the Flyknit racers, etc..