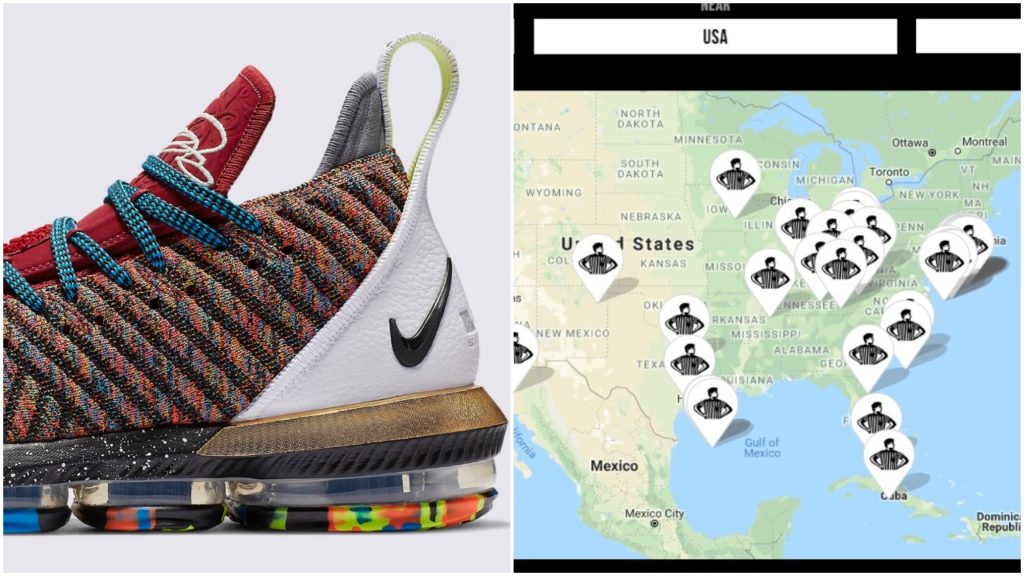 The Nike Lebron 16 What The “1 Thru 5” is officially releasing on Saturday September the 15th alongside a myriad of other retros from Jordan Brand. I’m sure many are wondering how many pairs were produced and this is what I’ll be trying to figure out this morning; surprisingly the shoe doesn’t appear on Nike’s release calendar but I don’t believe the brand doesn’t have it- they might just do a surprise release on them, see screenshot below

The only other stores getting the shoes are Footlocker, Jimmy Jazz and NiceKicks which I find very interesting. I’ll follow the assumptions below:

-Each FTL store will receive about 12 pairs in total

-They will be available ONLY at our 163 – 21/23 Jamaica Ave, NY location on Saturday 9/15 in extremely limited quantities.Jimmy Jazz’s instagram post ( So I’m assuming maybe 48 pairs).

Now let’s come up with our estimate; let’s lean on Footlocker’s launch locator below and compute our numbers later

And I’m tempted to assume that Nike will reserve 800 pairs for their online store as well and if that’s the case, the grand total will be:

BUY IT NOW VIA FOOTLOCKER-CLICK HERE

BUY IT NOW VIA NICEKICKS

you can also buy them on eBay from our featured sellers, refer to the listings below