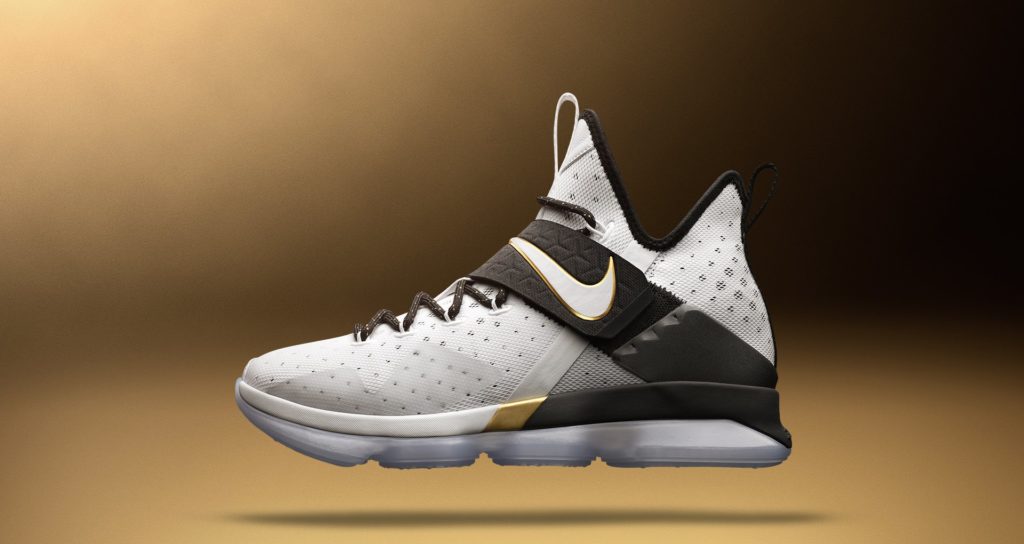 I hope you guys are ready for the All Star festivities and the trades that will follow after. Kevin Love is out with injury so much of the Cavaliers’ workload will rest on King James and kyrie’s shoulders. Lebron is not only a great athlete but he is also an activist and the Nike Lebron 14 BHM 860634 100 definitely parallels this aspect of his life. 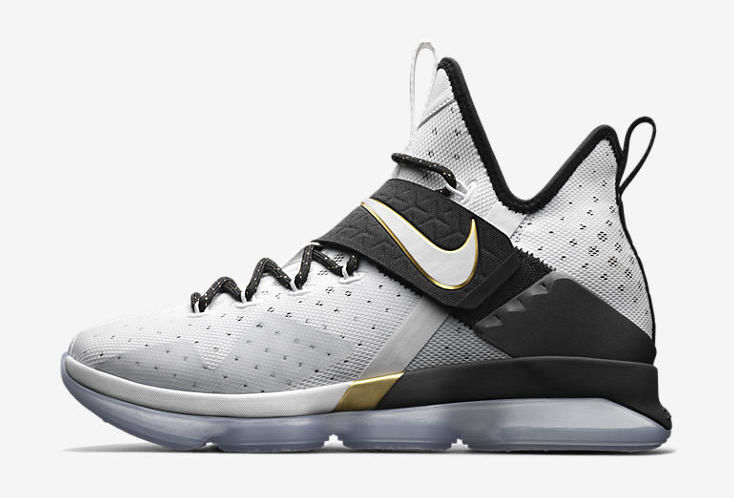 The shoes come in a white/ black and metallic gold color combination; they feature  a Dual-zone composite upper that utilizes engineered laser perforation, which fits closely to the foot for an initiative fit and sleek aesthetic. They also include an adjustable midfoot strap for a custom fit and added stability. The strap will sport a white Nike swoosh logo with a gold contour. King Jame’s own logo will be featured on the outside of the tongue and sockliner ( LJ initials and the #23); and an more LJ’s logos appear on the back ( the king’s crown).

They are equipped with maximum volume zoom Air units for the most articulated response in a LeBron shoe. I won’t say much about the shoes until I get them myself and test them out; although I would add that King James himself has been wearing them in every single game he has played as of late.

Where To buy: PURCHASE LINK -KICKSUSA LIVE FEB16 10AM

Or you can buy them from our featured ebay sellers, see listings below 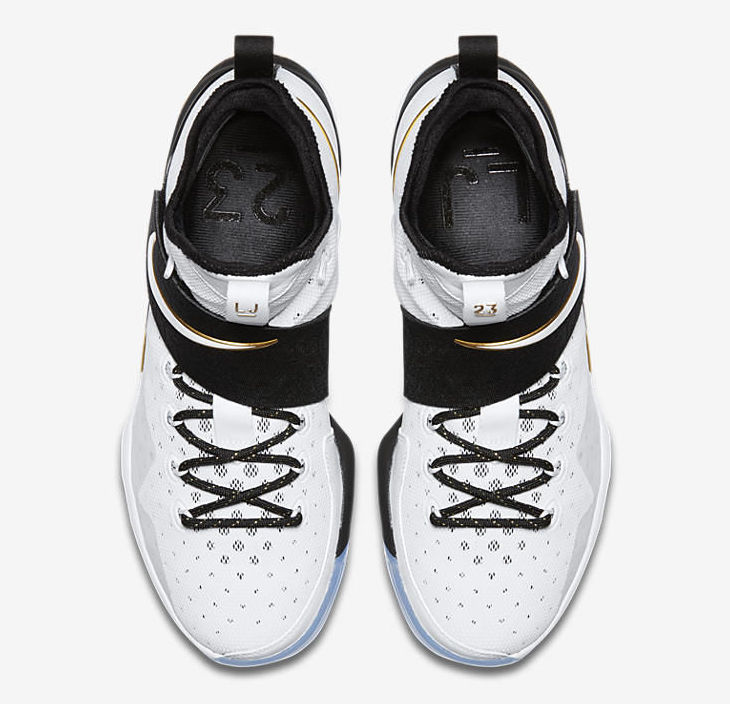 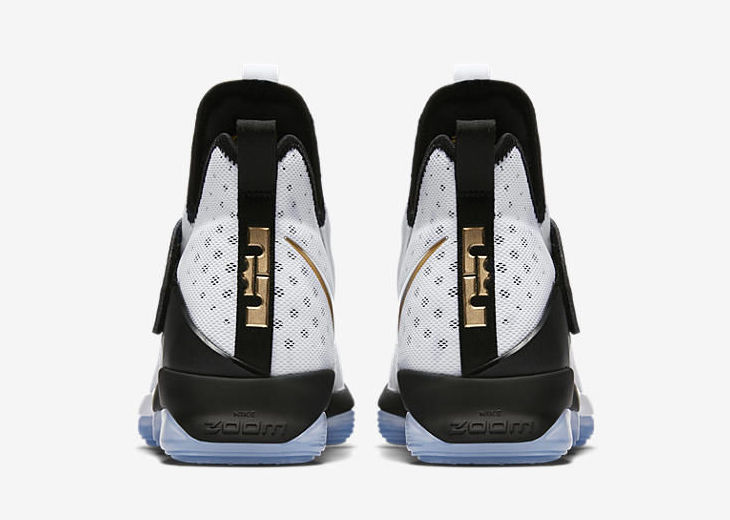 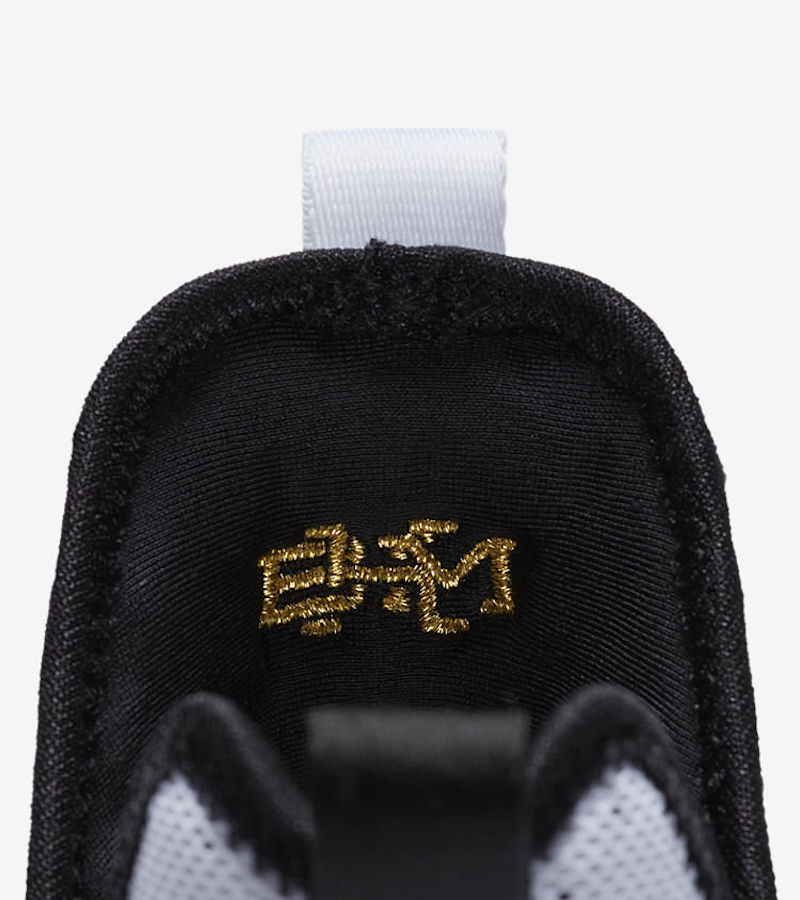