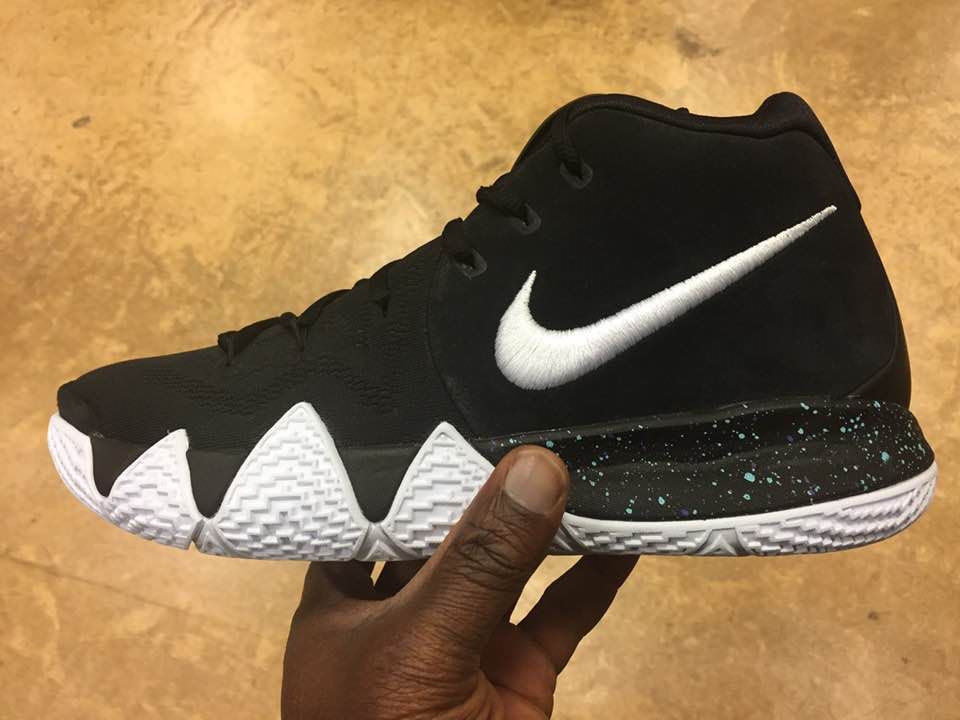 I told you a few days ago that the Nike kyrie 4  was built primarily for performance, and at the time, I hadn’t even read anuything about Nethongkome, the gentleman behind  Kyrie’s latest signature shoes. Here is what he said in an interview via Nike,

By trade, industrial design is about problem solving. If you looked at all the classic Nikes, each silhouette starts as a performance innovation. Shoes become icons, but originate as purposeful things,” Nethongkome explains of why performance, rather than pure style, has driven his career trajectory.

Irving has very unique and specific performance demands. For Nethongkome, these are all good design challenges. The Celtics number 11 bewilders defenders with extreme directional changes. He requires constant support and dynamic traction, even as he banks in the most absurd, contorted foot angles against the court — anything to gain an advantage. “I need to identify a spot and get in and out of it without loosing my balance,” says Irving. “Being able to pivot off my spot and have balance in the shoe, regardless of where my foot hits the court, is essential.”

Solutions for Irving’s style are the basis of the KYRIE line. Each successive model evolves ideas about motion banking, making the sidewall an integral part of the overall traction system and redefining surefootedness on the basketball court.

You can read the entire presentation on Nike click Here

I was in footlocker a few days ago and I had the chance to see the shoes in person and they are loaded with intricate details about Kyrie’s personal life I’ll show you in the pictures below. The H+ H on the midsole stands for Humble and Hungry which are two things Kyrie wants to be known for. He’s definitely showed us how hungry he is since he left Cleveland to Boston. He has been pkaying excellent basketball and he didn’t let Gordon Hayward’s injury deter him fro his goal, contending for a championship. His daughter AZURIE ‘s birthday has been inscribed on the outsole. His late mother Elizabeth’s birthday is also part of the shoe. With the All seeing eye on the inside of the tongue, Kyrie is supposedly challenging us to seek out the Truth and to stop relying on what other people have relayed to us. I guess this is his attempt of being like Kobe who enjoys being perceived as highly intellectual and mysterious. I definitely encourage you guys to seek for the TRUTH because TRUTH isn’t relative but absolute. his current number was also placed on the outsole along with the saying ” Fear Is Not Real”. The shark teeth on the forefoot area were inspired by Kyrie’s love for Charles Barkley’s Nike Air Max 2 Strong ( they had the same design).

The Nike Kyrie 4 ankle taker has sold out in kids size via Nike. And it isn’t a surprise for grade schoolers love Curry and Kyrie and want to model their game after these two guys.

Men’s sizes are still available in massive numbers but they are also selling very well. I was doing some research on my local footlocker and most they only have a few sizes left. Frederick has lot of youth and adults basketball programs so that says a lot about who is buying these kyrie 4’s and what for ( performance purposes)

The Nike Kyrie 4 Was Built Primarily For Performance