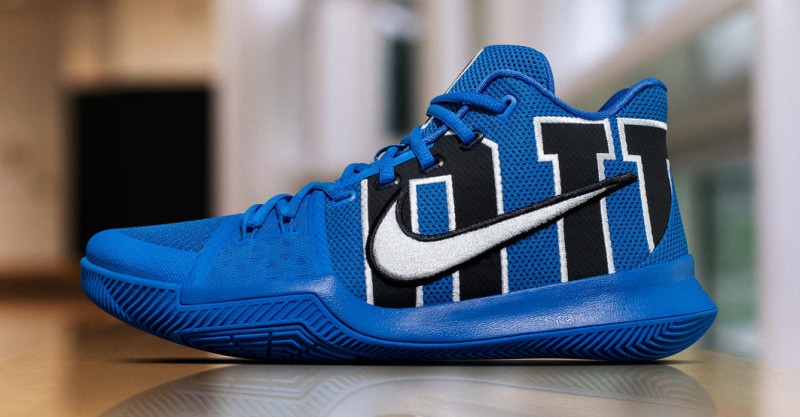 We are entering one of the most important month of the NCAA tournament, March Madness; and you all know what happens at that time, teams tend to break out some of the best PE shoes you’ll ever see. Coach Mike krzyzewski Blue Devils will get their own PE’s: the Nike Kyrie 3 Duke. Although Kyrie Irving only played one year at Duke, the entire experience played an important role in the dexterous PG we know today as “Uncle Drew”.

My time at Duke taught me discipline and cohesion of a championship-level program,” says Irving. “I wouldn’t trade the experience for anything, it was a great road for me to take before landing in Cleveland.

The shoes come in the team’s blue colors with black and white details. Nike’s branding comes in a large white  chenille swoosh logo o the lateral panels; Duke’s own logos will be featured on the heel panels. They will be available for purchase to the general public on March 10. Stay tuned for further updates.

Here is my video breakdown on the Kyrie 3’s

Check out our featured eBay sellers’ listings below