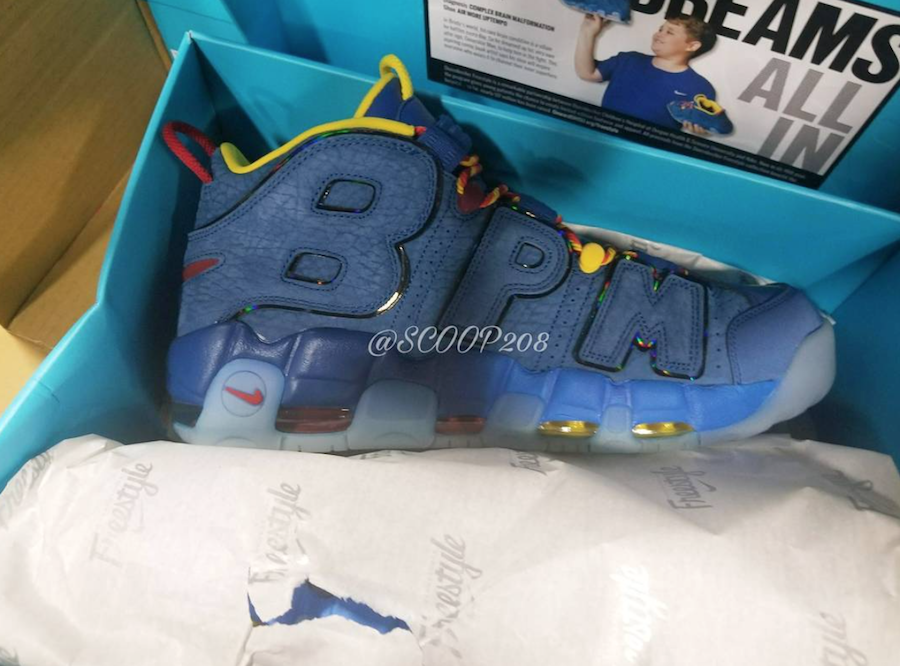 Nike hasn’t released the official pictures of this year’s Doernbecher collection and a well known individual who has been scrutinized before happens to have what seems to be the 2017 Nike Air More Uptempo Doernbecher edition. There is a strong probability that Nike’s official pictures will differ so take everything I say with a grain of salt. 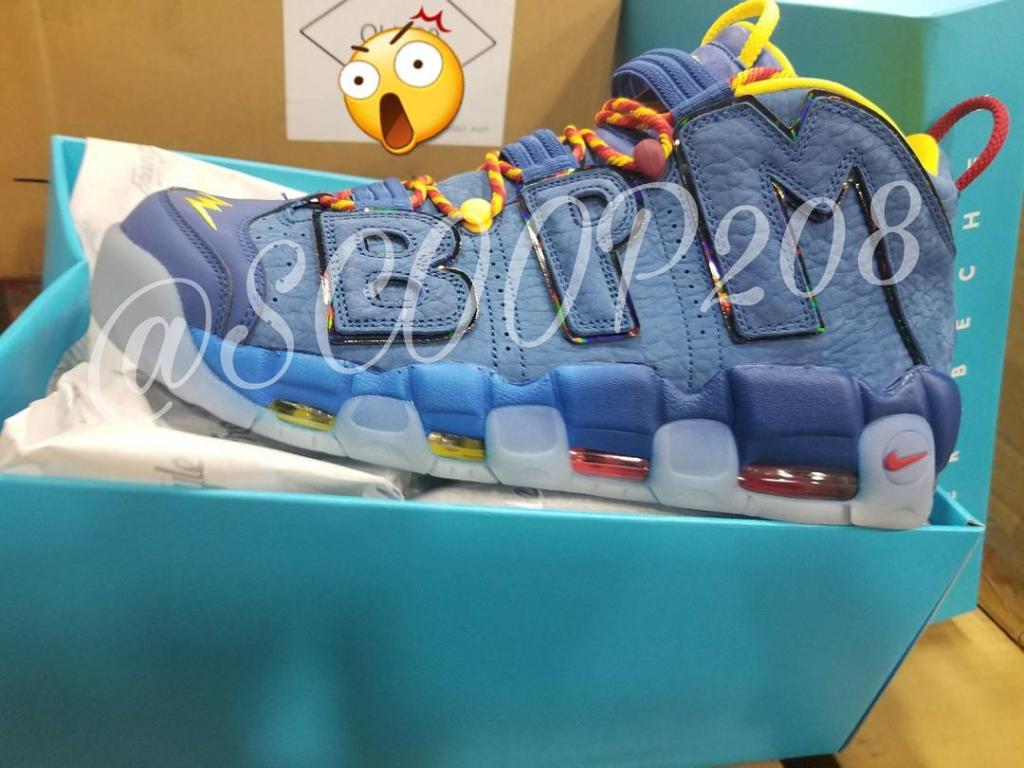 According to what I read on the box label, the shoes were designed by 11 year old Brody Miller who has been diagnosed with a rare brain malformation. As much as I’ve criticized Nike for coming up with some dull colorways of the uptempos, I have to give the brand a lot of props for allowing Mr. Miller the honor of customizing a classic pair of sneakers. And the kid did an amazing job with the colorway in my opinion. I’m not sure what motivated him to use the blue, orange, yellow and red colors but the combination fits perfect and the shoes remind me of Flash, especially with the thunder logo on the toe box. Notable features on the shoes include Miller’s initials “BPM” on the panels replacing the usual AIR wording; you’ll also notice the tri-colored laces and the gradient midsole and the play of colors in the Air units as well. I’m not sure when Nike will officially release the Air More Uptempo Doernbecher but stay tuned for further updates. 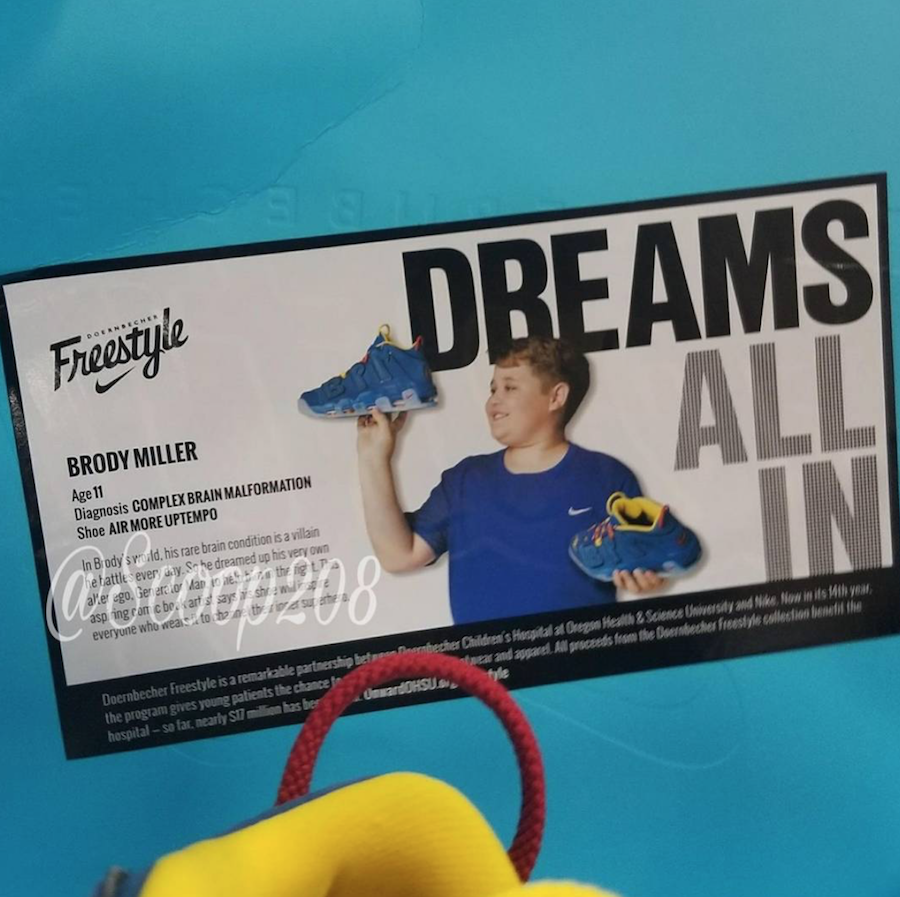 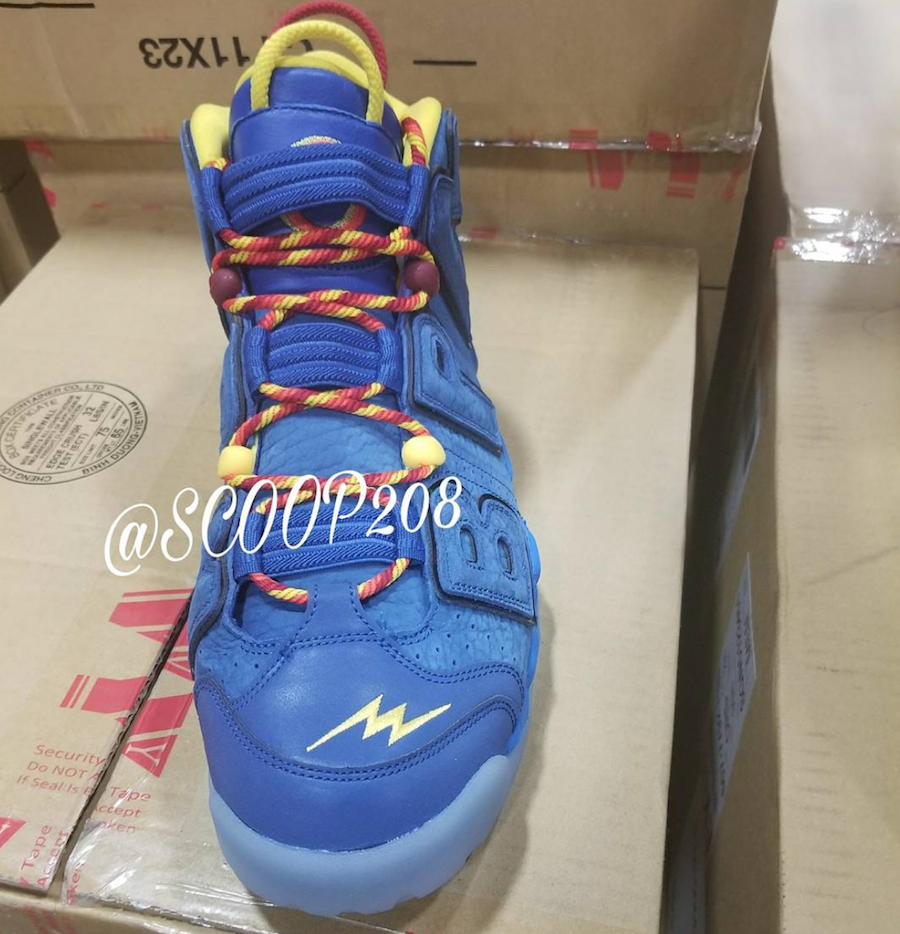 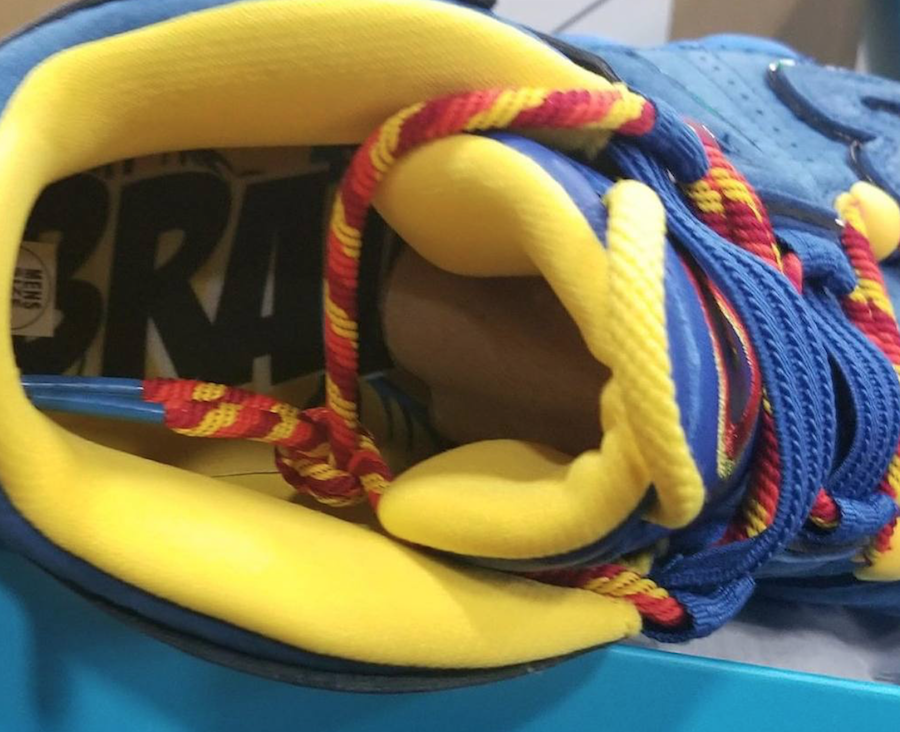