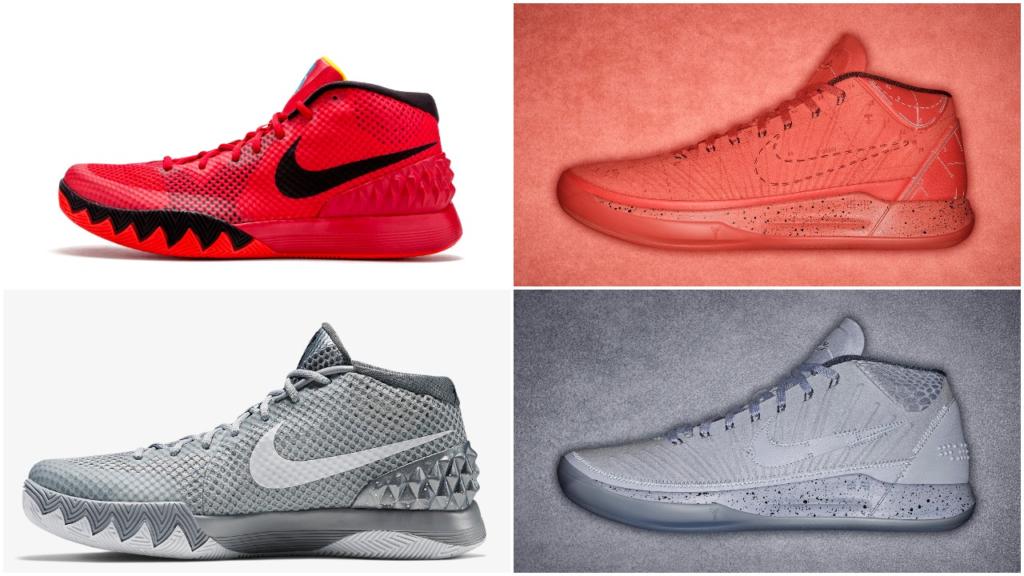 I was very excited about the upcoming upgraded version of the Kobe AD. While I was so hyped up about the shoes, anticipating testing them on the court, it was brought to my attention that they were a derivative of the Kyrie 1.

So you know what I did next, I put some side by side pictures of the shoes, and there was the evidence: He was absolutely right, the Kobe AD is without a doubt a plagiarized version of the Kyrie 1

. Nike knew how successful the Kyrie 1 was- they had the right price point and the silhouette and aesthetic were pretty slick. The brand hasn’t been able to replicate the same success with the Kyrie 2 & 3. What I’m about say next is purely speculative but I believe Nike consulted both Kobe and Kyrie prior to launching this upcoming Kobe AD. When you look close enough at the shoes, they bear no resemblance at all to last year’s edition, none whatsoever. And Kyrie was spotted a few days ago, showing off the upcoming the Kyrie 3 Bruce Lee, so don’t tell me these two marquee players weren’t consulted by Nike. Moreover each of the colorway in the collection comes with a unique heel counter, a great backstory courtesy of the Black Mamba himself . And if you think about Nike’s Edit to Amplify, there are very strong evidences that it is shaping all the upcoming Jordan Retro and Nike Basketball releases.  One again Kudos to Nike.