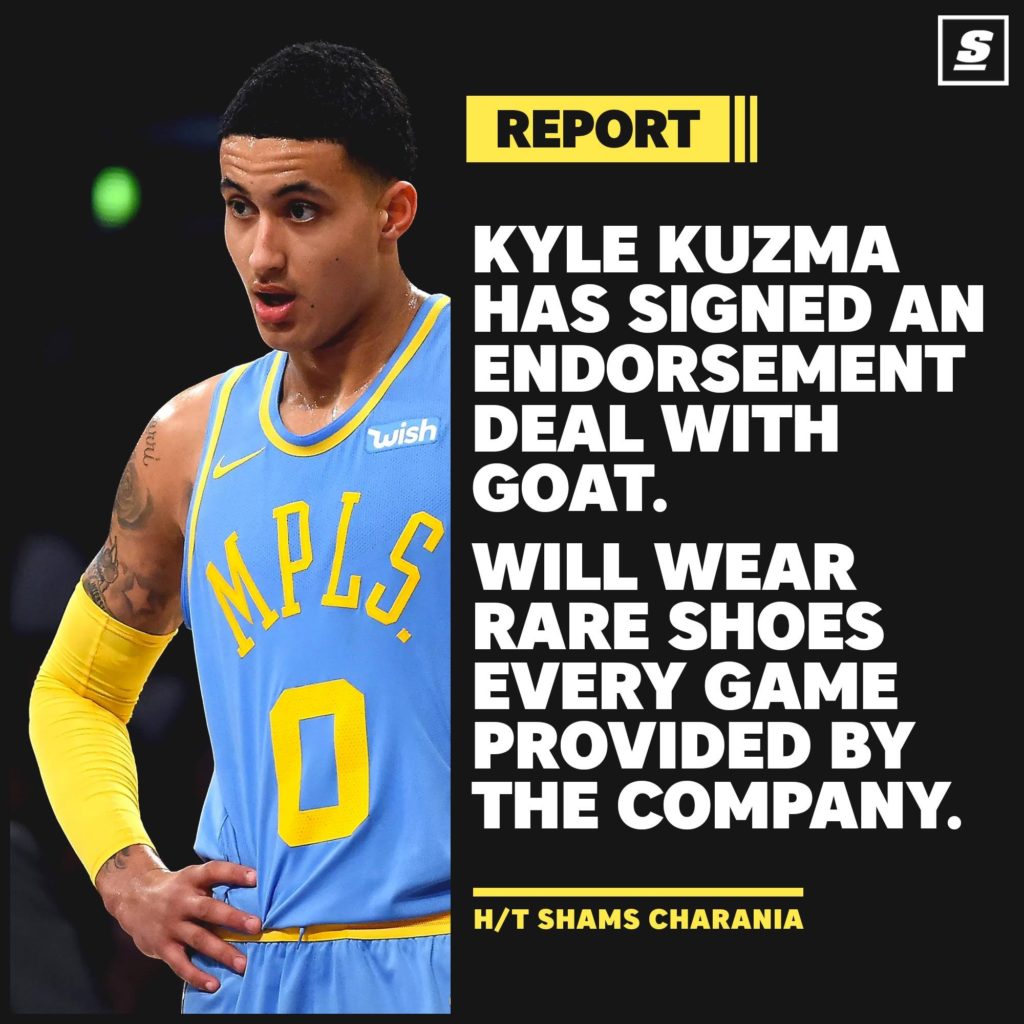 7shares
We keep talking about the shift that is occurring in the sneaker industry where third party marketplaces are growing bolder and bolder in their attempt to challenge the traditional retailers but it seems to fall on deaf ears. Kyle Kuzma of the Los Angeles Lakers has just signed a one of a kind deal with GOAT in which the athlete will be rocking rare sneakers provided by the marketplace. That screams multiple things but the very first thing that retailers need to be concerned about is that they are being overshadowed on every aspect by these marketplaces. Content is key whether it is written on a site or personified in an individual; it is  essential to the survival of any company seeking to make revenues from sneaker sales. Traditional retailers are ignoring this fact and I’m afraid it’s to their own demise. I’ve written a few posts pointing out the fact that general release sneakers are available sometimes as early as a month before their official release date on places like Ebay, see link below
Air Jordan 1 High OG Guava Available Below Retail | How Can Retailers Compete With This?
This definitely puts a dent in the retailer’s revenue and guess what the longtime consequences are,

if I can buy a sneaker on Ebay, GOAT or Stockx before it releases UNDER retail why would I waste my time even purchasing this item from a traditional retailer.

GOAT is in direct competition with stockx, Ebay, kifixy and ofjer marketplaces and I don’t think they even consider major and minor retailers a threat at all at this point. The Lakers are going to be the most watched team in the nba this season and GOAT putting their rare sneakers on the feet of  kuzma was a genius move- it literally will drive a substantial amount of traffic to GOAT whicht will result in the acquisition of more customers.
In the meantime retailers keep hoping to use google ads and other archaic avenues in an effort to put their products in front of the eyes of potential consumers while ignoring the most vital ingredient –  content, content and quality content.
By the way Kyle Kuzma is not the first NBA player to sign a sneaker deal with a third party marketplace,
IMAGE COURTESY OF THE SCORE