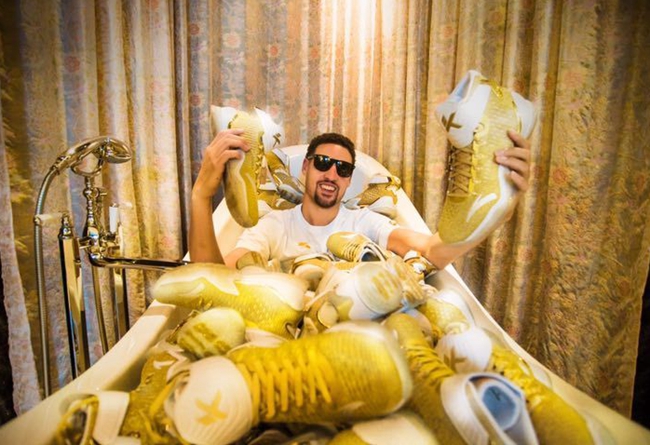 I’m not sure whether Klay Thompson’s sneakers will ever pop off in the USA but I can confidently tell you that the Gold Blooded Anta KT3 definitely caught my eyes. Klay’s signature shoes have been the object of ridicule and internet jokes for quite some time mainly because of the repulsive silhouette of his earlier models. I’m all for functionality and performance but I do think the aesthetic of a shoe is also very important, and I think that’s where Anta missed the mark. But signing Klay Thompson to a 80 million deal meant the brand was ready to put in some serious work into his signature shoes. And I think these Gold Blooded Anta KT3 can help the brand gain some grounds in the basketball niche. 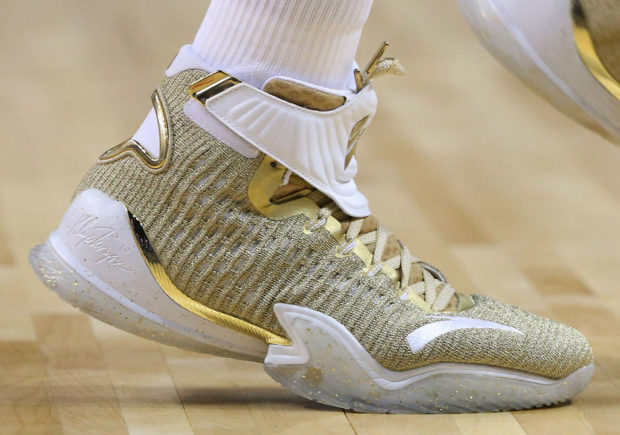 Klay debuted the shoes at Global Games in Shanghai, China with the Golden State Warriors. From what I see in the pictures, they come in a knit upper covered in gold with highlights on the ankle straps, the branding on the toe box and the midsole. Klay’s own signature can be spotted at the heel. Also to be noted is the gold speckled midsole. I have yet to wear one of these shoes so I can’t give you any information as it pertains to cushioning, stability, ventilation, etc..

As much as I like the shoes, I think the campaign/commercial was terrible, it reminded me of one of those low budget rap videos you come across on youtube. Or maybe it’s Klay’s own odd demeanor in the commercial that can be a turn off for many. I understand brands want to be very raw in their campaigns but raw must be believable and this Klay thompson’s video you’ll see below was terrible.

That was effing horrible!!!!

absolutely horrible, they have to do better than that

The thing is marketing in china is very different than the US. What seems odd/awful to us might be gold over there. Ever seen there commericals or gameshows? This is right on point.

you are absolutely right, they love klay in china and their sense of humor is a bit different. I just realized it and Chris said the same thing so i think the shoes will definitely pop off in asia