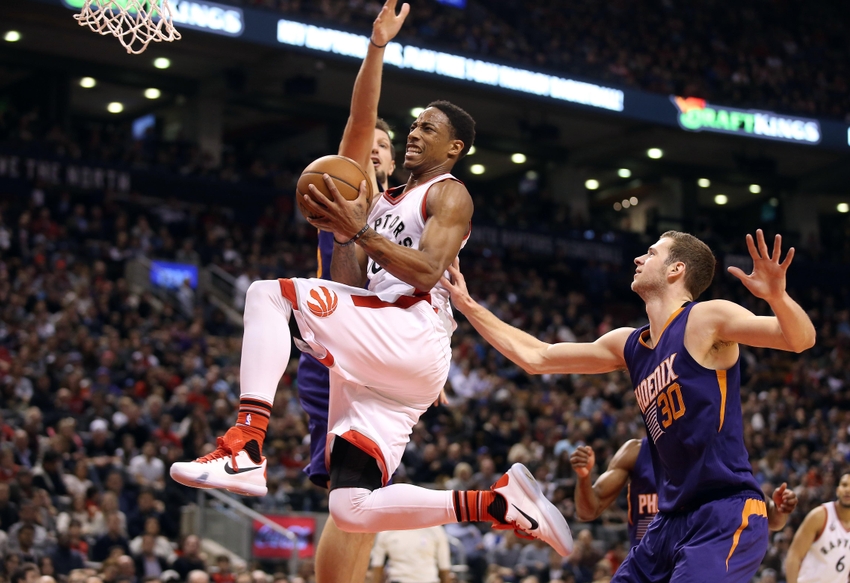 The Toronto Raptors have an 8 and 5 records so far and are definitely a top 3 seed in the weak East. I really thought they were going to be awful this year defensively ( since they traded Biyombo) but to my surprise, they are doing OK. I think some of the team’s success is due to the fact that they have remained pretty much unchanged; hence players know each other’s tendencies. They also have a solid bench with guys like Terrence Ross, Cory  Joseph, etc.. But the team main’s success relies heavily on key players like Kyle Lowy and Derozan.

Demar Derozan is known for being a very athletic slasher, who also loves to take the dreaded NBA mid range shot. But so far this season, he has been averaging about 33 points per game. He does most of his damage on the elbow; I recently nicknamed him the king of the mid range. He has literally made his living on the elbow, and the three seconds area taking advantage of mismatches. He had an awful playoff run and I thought he would be worse this season. But I guess he has elevated his game to another level, and perfected his footwork and shot selection. In an era where the 3 point shot is now highly coveted, Derozan is pretty much abusing defenders black mamba style and it’s fun to watch.

coach Nick from BballBreakdown just posted a video showcasing Derozan’s Mid Range Prowess. Subscribe to his channel and enjoy the video below.

What shoes does Derozan ball with? Kobe’s signature shoes are the ones he has been spotted on the court with the most, and I’m not surprised.