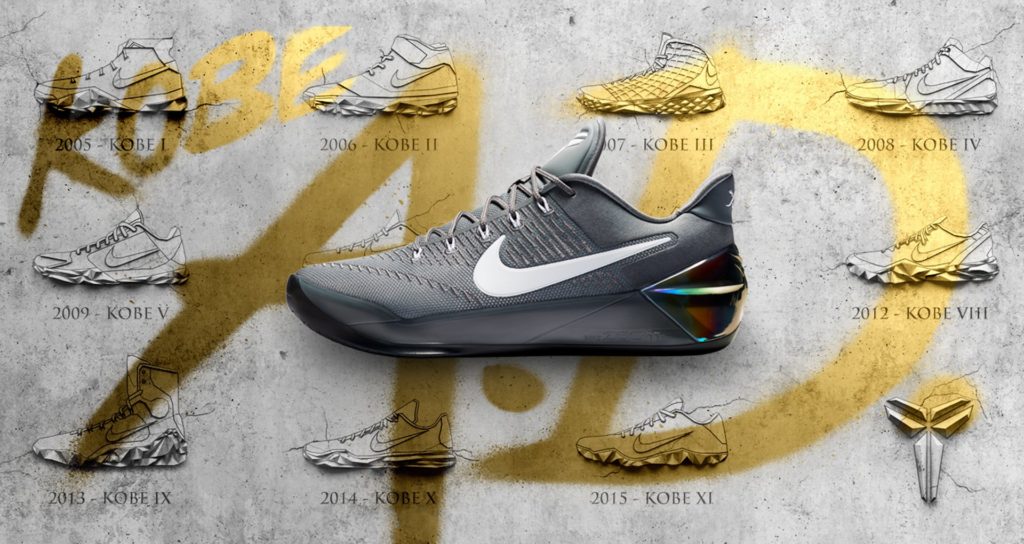 Kobe left the game of basketball in typical mamba style; in his final NBA appearance, he had a very impressive 60 points memorable game. Kobe is the most lethal offensive player I have ever seen since Michael Jordan. There are players who have the physical tools but lack the necessary basketball IQ to take their game to a higher level. At  6″6, Kobe didn’t just rely on his physical abilities, but allowed his game to evolve as he got older. That’s what makes him so exceptional;  I’m a Celtic’s fan and I hated Kobe. I finally became a fan of his game  in the 2012 London Olympics and eventually purchased a couple of his signatures’ shoes ( Kobe mentality, Nike Zoom huarache, Kobe 11,etc).

The day after his memorable career ending night, the black mamba started a new chapter in his life- the Nike Kobe AD is one of the very first project he started. AD(Anno Domini) , is a Greek word that references the years after the Death and Resurrection of Jesus Christ. While Jesus gave the keys to his kingdom to his disciples,  Kobe wants to give the keys to his game to the next generation of players, hence the Kobe AD.

The Nike Kobe AD was engineered with all his career injuries in mind. They are light, low profile and feature a Zoom Air unit in the heel. This is the first kobe’s signature shoes with a midsole- they sport the Lunarlon foam in the midsole .

Lunarlon Foam  is 30 percent lighter than traditional Phylon and allows the force of impact to be more evenly distributed, which helps reduce painful pressure points on feet.

CUSHIONING :According to Kobe, the shoes will provide responsive and flexible cushioning; they were also engineered to deliver maximum court feel and reduce the risks of injuries.

BREATHABILITY: the shoes feature a breathable mesh upper to keep the feet cool and dry to reduce fatigue.  A lot of shoes lack proper ventilation and cause the feet get so warm, hot and  consequently tiredness settles in.

STABILITY:they are equipped with Dynamic Flywires to ensure lock down for quick changes of direction.

The first edition of the Nike Kobe AD will come in grey with iridescent accents on the heel.  Nike branding will hit the side panels, and kobe’s own logo will be featured on the tongue, the heel, the insoles and the toe box. There is also an interesting “DNA” motif on the heel ( I believe it’s a depiction of Kobe’s genetics).The shoes will debut officially on November 22.

OR SIMPLY CHECK THE LISTINGS BELOW