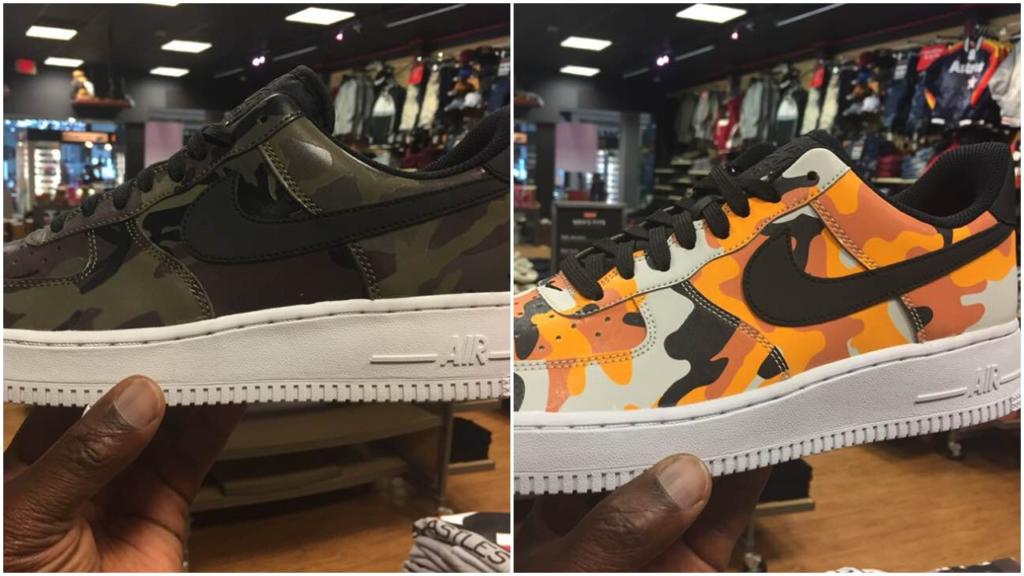 Last year , Nike came out with what I think is one of the best AF1 collection in camo print. The one that caught my attention the most was the jungle camo AF1. Well the brand isn’t quite done with the army theme Af1 project yet. Sneakerheads have just been treated with a derivative of the AF1 camo pack last year, the Nike Air Force 1 Country Camo Pack. The pack includes a total of four sneakers in different shades of camo.

Nike Branding will hit the side panels in the usual large swoosh log; and each shoe will bear the AF1’s customary “Nike Air” text at the heel and the outside of the tongue. Material wise they feature a soft leather upper, a mesh tongue, a neoprene inner liner and a rubber outsole. Here is a breakdown of each model in the Nike Air Force 1 Country Camo Pack. Buy it Now from our store

The shoe will also feature 3M reflective details all throughout its uppers see, picture below Buy It Now from our store

You can also buy them from eBay via our featured sellers, see listings below