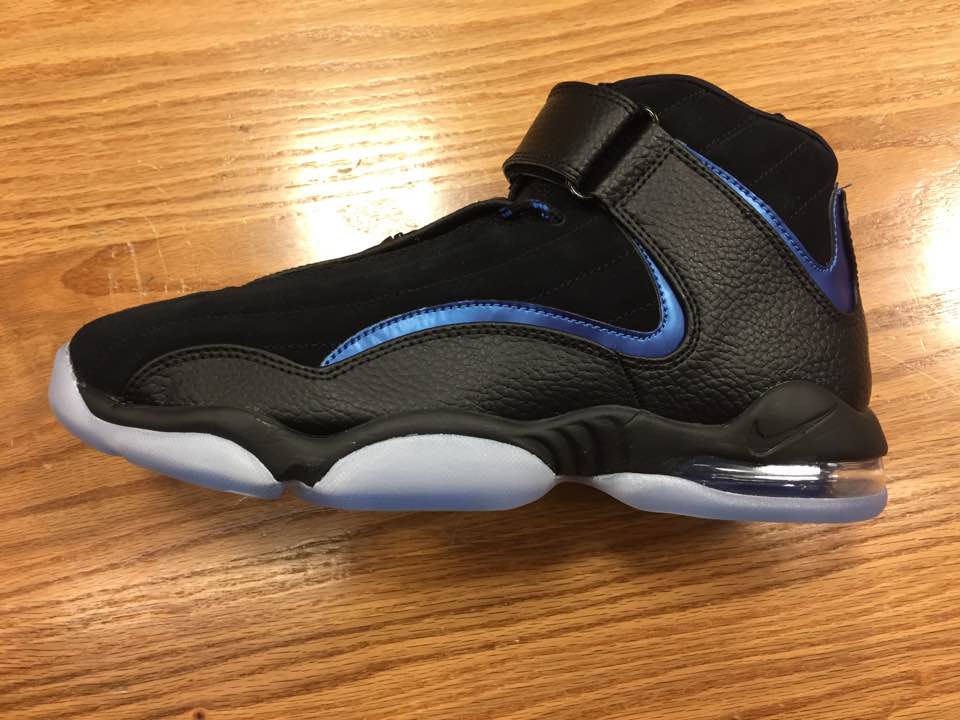 This week end focus was the Space Jam and rightfully so, it’s a classic shoe. Well on Saturday while in the mall, picking up some of my customers’ orders, I came across  the Black Nike Air Penny IV Orlando Magic. I was staring at the wall, checking out the NMD’s and they caught my attention.

The shoes feature a mixture of nubuck and tumbled leather along with synthetic material on the upper part. The lateral and medial sides are half covered in tumbled leather, and connected with a strap that goes across the tongue. The top half of the shoe is covered in nubuck ( eyestay, top area around the ankle). The combination of the strap and the dual density neoprene inner will keep the foot locked in to avoid ankle sprains and other stability related injuries.

There is another strap that covers the extension of the tongue ( I don’t think it should be there). Penny Hardaway signature “Half Cent” logo will occupy several parts of the shoes including the heel,ankle strap, tongue strap and the outsole. A debossed Nike’s swoosh logo on the midsole, and another blue stitched up swoosh on the side panel can also be spotted.

A phylon midsole with a visible air bag on the heel side along with a translucent outsole complete the look of the  Black Nike Air Penny IV Orlando Magic .

The durable rubber outsole features the customary herringbone pattern and another circular pattern for superior traction on the court. You can also spot the carbon fiber shanks near the mid foot, intended to lighten up the shoes. Although Penny wore these as the starting PG in Orlando, my favorite signature shoes of his is the Air Max Penny 1

I don’t think there is any official release date on the Penny IV ( I found them at DTLR sitting on the shelves), so contact your local stores for further details.

You can order your pair now from our eBay store, see listings below 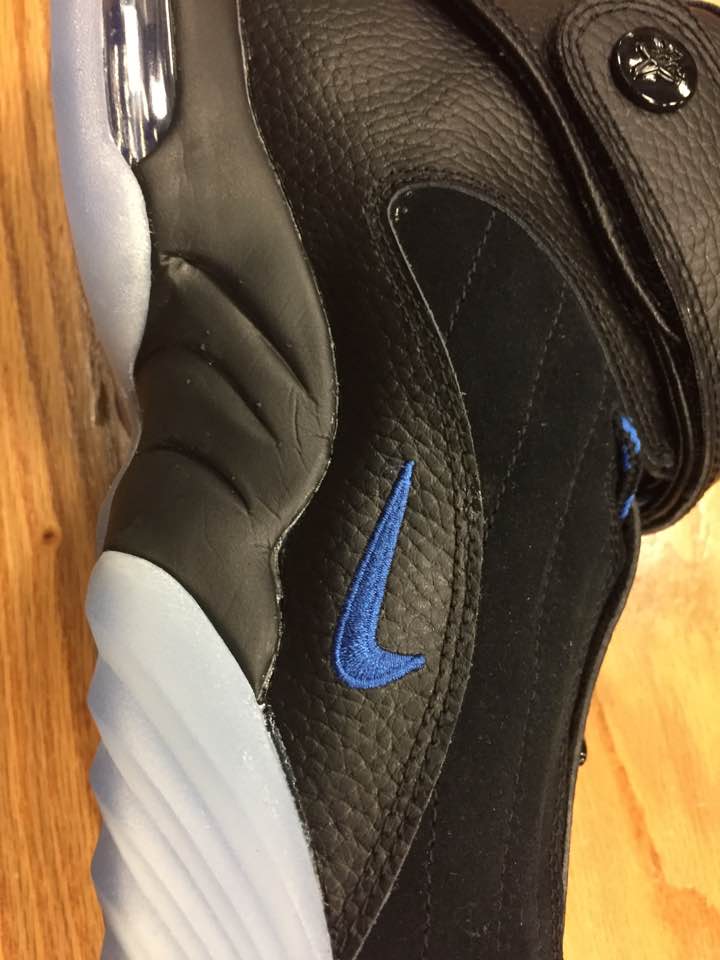 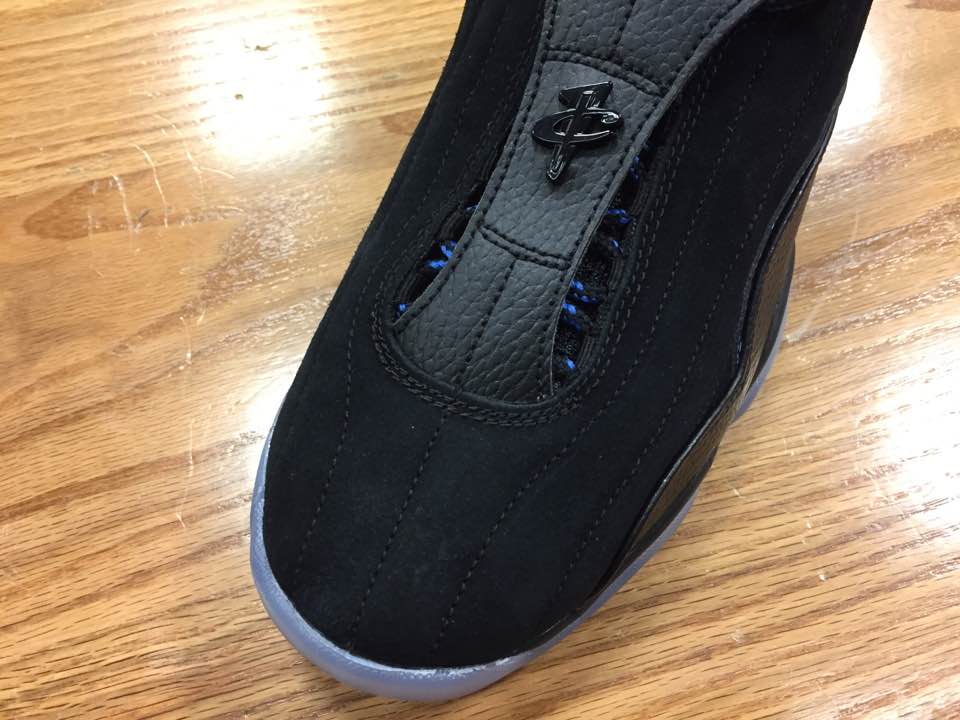 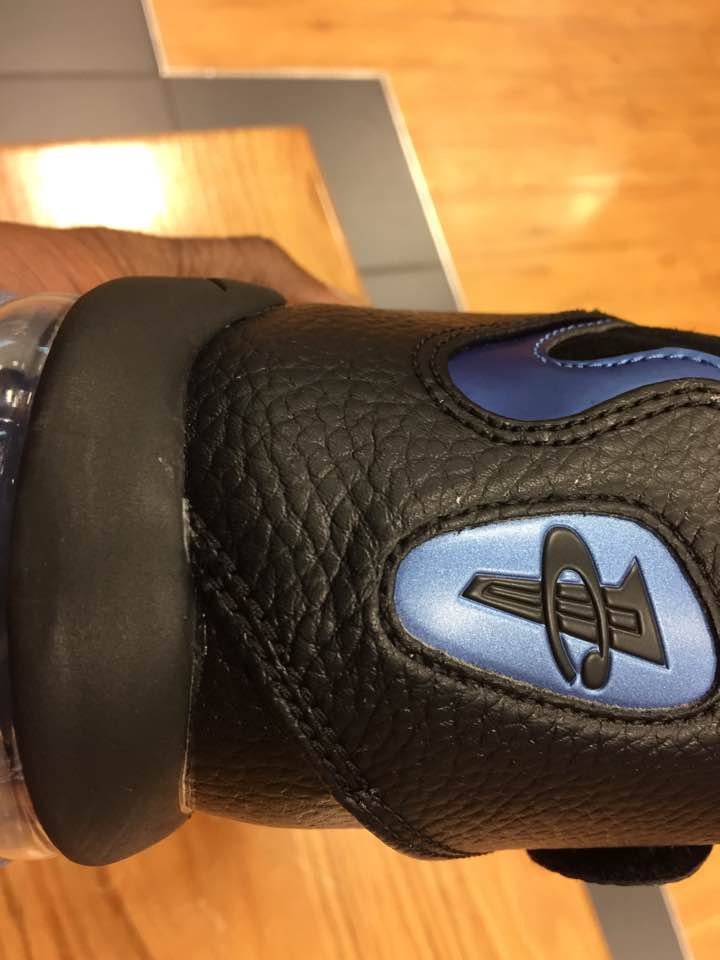 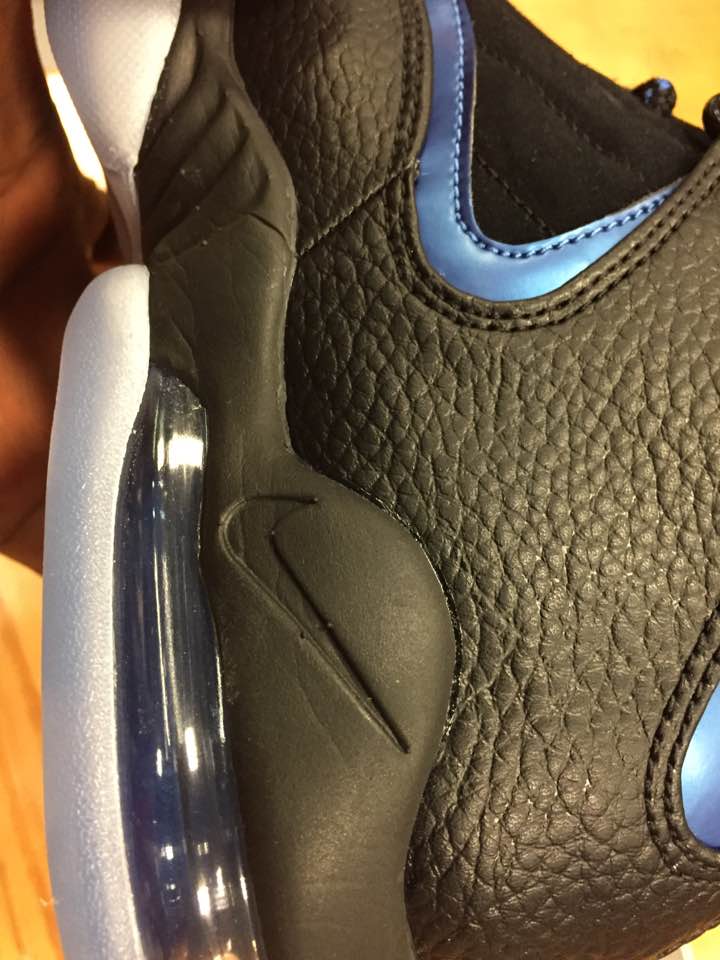 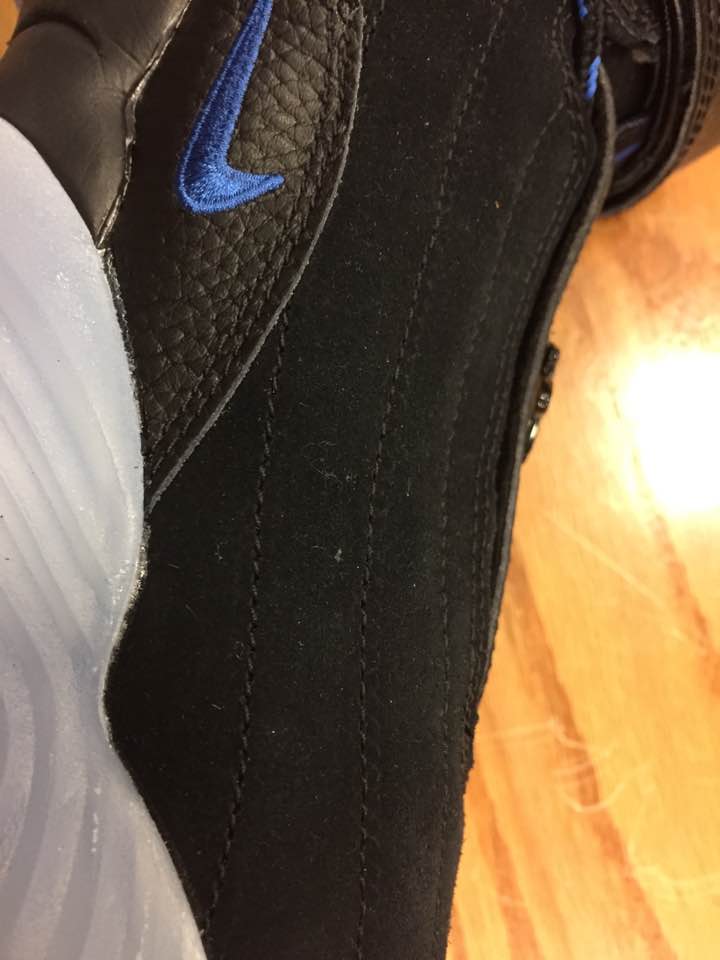 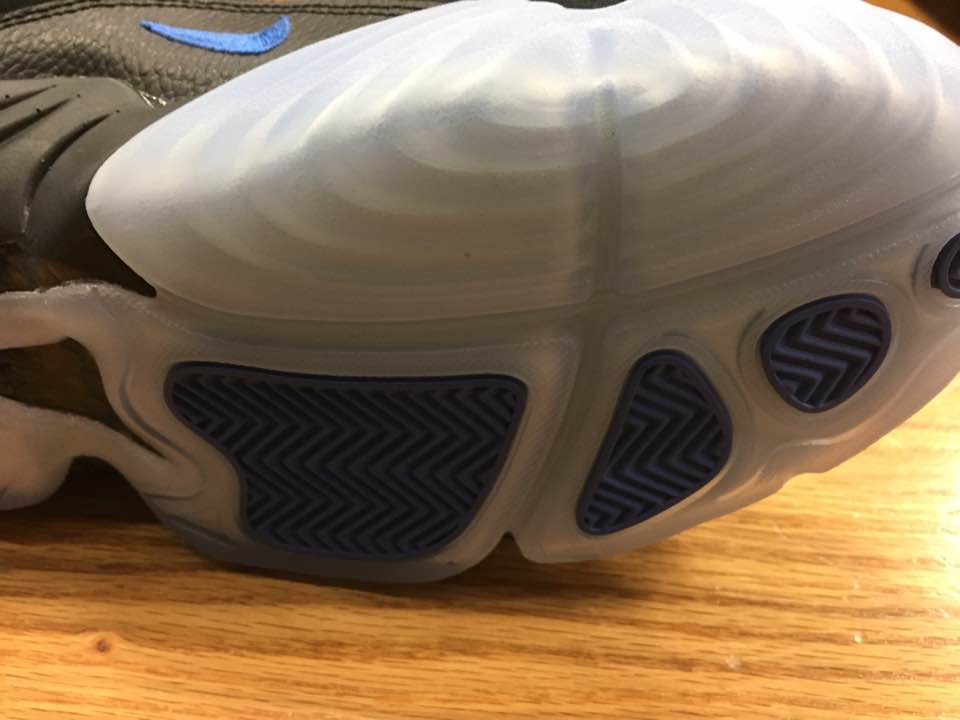 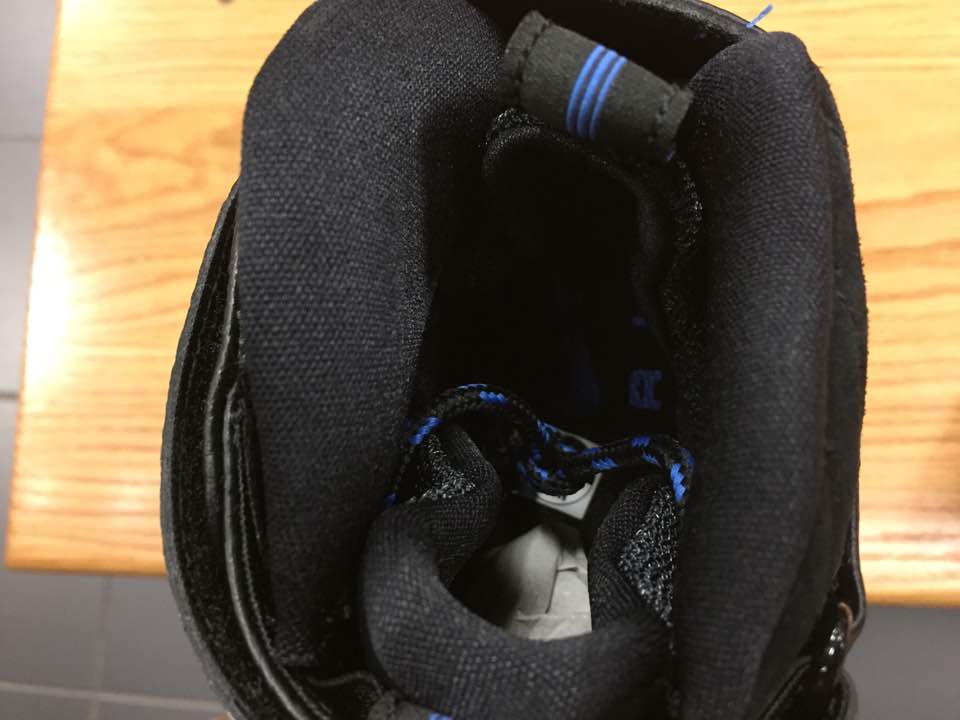 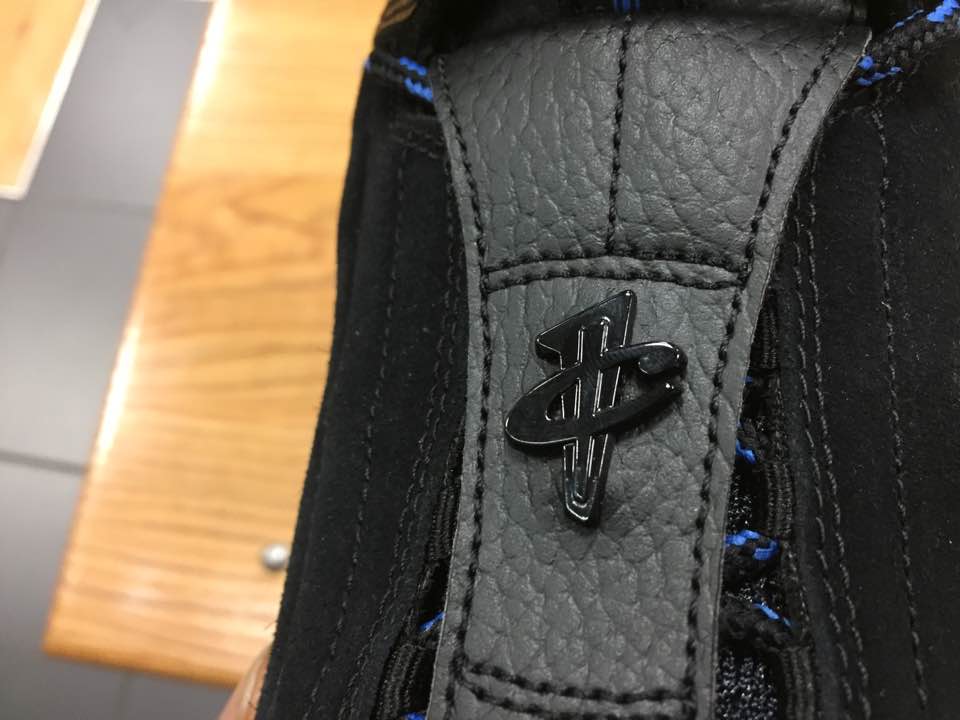 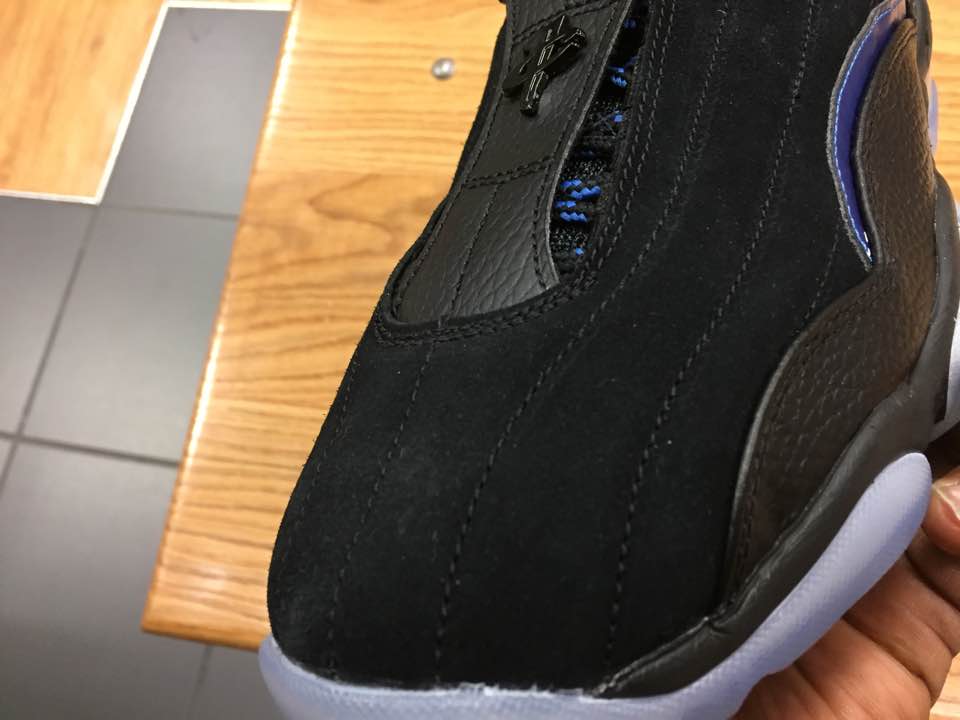