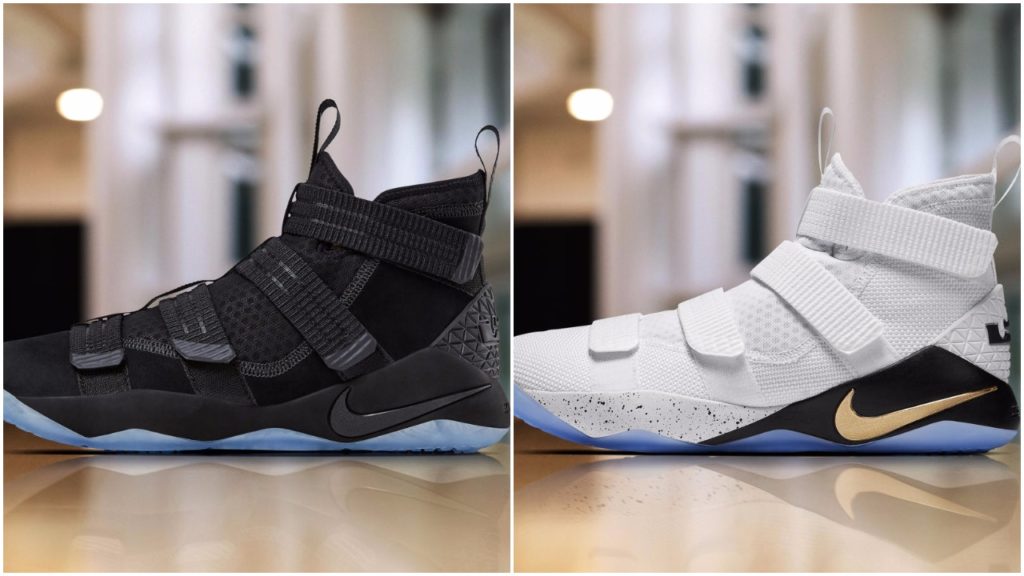 Are we surprised that the Cavaliers are going to face the Warriors for the third consecutive time in the NBA final? Well obviously not, both teams are the best in their respective conferences, and to be honest this year’s playoffs has been the most boring I’ve ever seen. In last year’s final , King James was rocking the Soldier 10’s a whole lot during the playoffs and they seemed to have brought him a lot of good fortunes.

For this year’s finals, Nike will be breaking out the LeBron Soldier XI 11 Court General & Prototype, the latest models of the LeBron soldier collection. According to Nike, LeBron was involved in the engineering process and here is a quick look at both models.

They come in an a white and black upper with metallic gold details and a speckled midsole. The metallic gold swoosh on the midsole symbolizes LeBron’s pursuit of a fourth NBA championship title. Unlike the LeBron 10 soldier, this model is equipped with four adjustable straps for a secure fit, a breathable mesh upper, and air zoom units positioned in the heel and forefoot to maximize responsiveness. Nike and LeBron’s branding are featured on the extension of the tongue, the midsole, the back panel and the threads on the outsole. They also sport a tongue and heel tab for an easy slip on; I’m definitely looking forward to buying a pair and testing them out.

This model features a foam and mesh upper and comes in a triple black upper.

You can find them on eBay now for retail from our featured sellers, see listings below