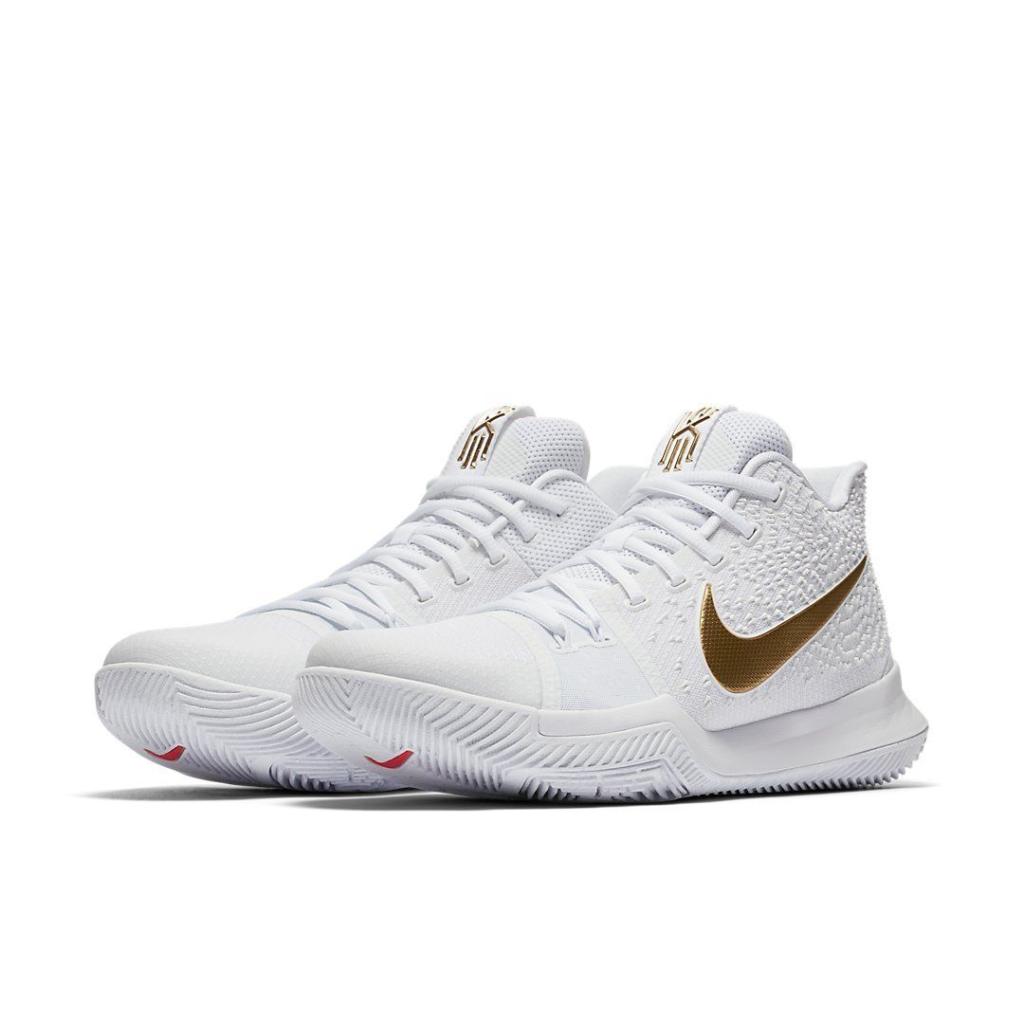 I don’t know why Nike is releasing the Nike Kyrie 3 finals; it just simply doesn’t make any sense. This is the exemplification of “everybody is a winner” mentality. The team fell short, they didn’t win the championship, so why is Kyrie been given the privilege of having a championship inspired sneaker? And we wodner where our youth gets the sense of entitlement from. 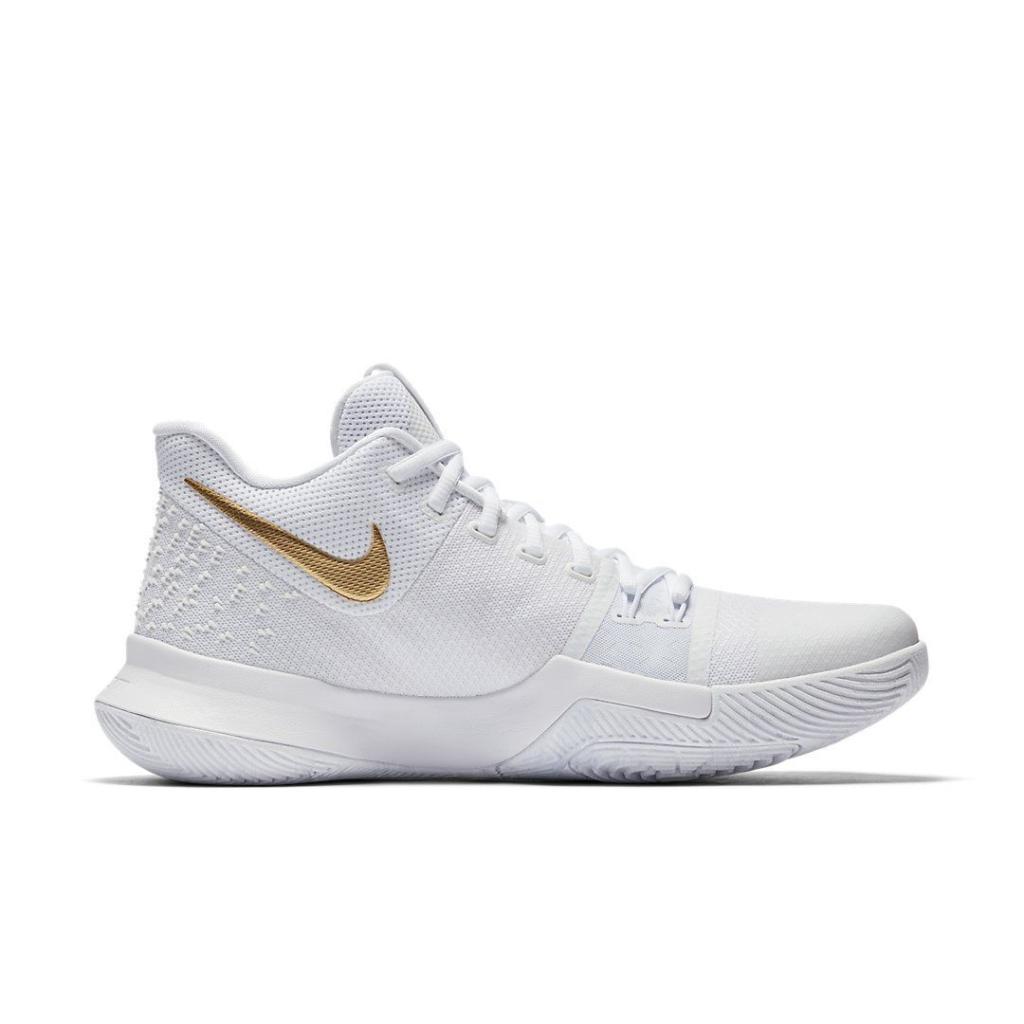 The shoes come in an all white synthetic upper with metallic gold swoosh on the sides symbolizing a championship they didn’t win, this is pathetic. Kyrie’s own logo will be featured in gold on the tongue.

The shoes feature a combination of hyperfuse, flyweave and mesh ( each intended for durability, natural motion and ventilation purposes). Kyrie has sustained a fair amount of injuries ( to the point where many thought he was too brittle); guys like him are injury prone because their game is based on speed, change of directions, slashing and attacking the rim. The shoes were engineered to provide stability, ankle support and to also facilitate natural motion. They have an incredible court feel due to the very responsive thin phylon midsole ( with built in air units at the heel).

BUY IT NOW VIA FOOTLOCKER-CLICK HERE

You can buy the shoes now on eBay, see listings below from our featured sellers