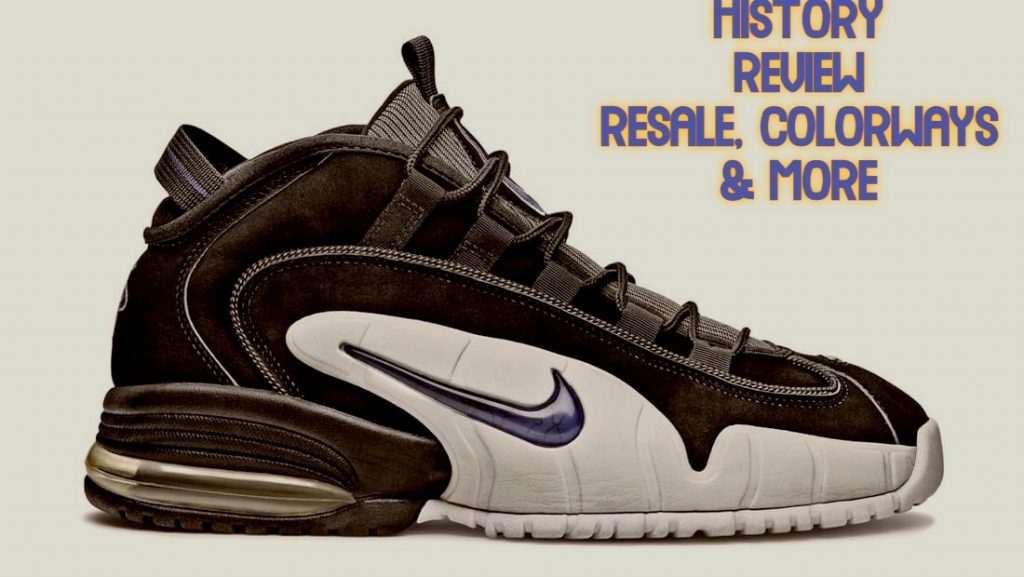 Nike is no stranger to mining its sneakers archives for inspiration. In recent years, the brand has dug back into the 90’s to recreate some of the most iconic sneakers from that era. The strategy has been a massive success, with customers clamoring to get their hands on these nostalgic shoes. The latest sneaker to drop is the Nike Air Max Penny 1 Orlando. This shoe was originally released in 1995 and was worn by NBA star Anfernee “Penny” Hardaway. Nike has updated the design for 2022, but the shoe still retains its retro appeal. Today we’ll take a thorough look at the shoe: brief history, performance review, resale, and more.

In 1995, Nike released the Air Max Penny, designed by footwear legend Eric Avar. The shoe was inspired by Anfernee “Penny” Hardaway, a young superstar who was poised to take over the NBA. Hardaway was a young superstar in the NBA at the time, and Nike wanted to create a signature shoe that would reflect his style. The Air Max Penny 1 featured a unique ” Huarache-style” design, with a visible air bubble in the heel. It was an instant hit, and it quickly became one of the most popular shoes on the market.

The Air Max Penny 1 is the first prototype of the LeBron series, according to Weartesters. The shoe has a zoom air unit in the forefoot and an air max unit in the heel. However, he says that the size of the air max unit is not comparable to the original 1995 pair. The shoe is similar to the LeBron 9, which Weartesters’ Chris refers to as the modern Penny. The primary takeaway in terms of cushioning is that the upgraded Penny 1’s cushioning is as near to walking on clouds as you can get. He explains a few other important facts about the midsole, and I recommend viewing the video below thoroughly.

The Nike Air Max Penny 1 Orlando does not disappoint when it comes to being cheap. The uppers are made entirely of synthetic materials, which is to be expected given Nike’s love for saving money. However, this does not mean that the quality of the shoe is compromised in any way. The synthetic nubuck is just as durable as real nubuck, and it looks just as good too. In fact, many people actually prefer the look of synthetic nubuck to real nubuck, so Nike’s use of it on the shoe is a savvy move.

For years, the Penny 1 has been revered as one of the best basketball shoes of all time. And it’s not hard to see why. The shoe was built for Anfernee “Penny” Hardaway, a guard who enjoyed pushing the tempo and was also a known slasher, so traction had to rank high. And the shoe doesn’t disappoint in that regard. It’s equipped with a full rubber outsole that offers durable traction on any surface.

The Nike Air Max Penny 1 is a heavy shoe. That shouldn’t come as a surprise to anyone familiar with 90’s footwear. Most shoes from that era were built like tanks. The Air  Penny 1 is no different. It weighs in at 0.78lb, which makes it one of the heaviest shoes on the market today.

Hardaway was a shoot first guard who contorted his body a whole lot, which means he needed all the support he could get. As a result, the Air Max Penny 1 has a lace-up closure for a secure fit, as well as a Phylon midsole that extends up the lateral side and forms a support wing. This shape is ideal for fast side-to-side motions since it provides good lockdown and support.

If you’re looking for a shoe to keep you cool in the summer heat, the  Air Max Penny 1 is not the sneaker for you. While it features a Visible Air-Sole unit in the heel for cushioning, the rest of the shoe is lacking in ventilation. As a result, your feet can quickly become hot and sweaty when worn during warm weather. In addition, the lack of airflow can also lead to an unpleasant smell developing over time. So if you’re looking for a sneaker to help you beat the heat, you might want to give the  Penny 1 a pass.

According to Chris from Weartesters, if you have a wide foot, the shoe fits according to size, however if you have narrower feet, go half a size down.

You can’t go wrong with the Air Max Penny 1. It’s got everything you could want in a shoe and then some, with the exception of proper ventilation. But really, that’s not much of a downside when you weigh it against all the other positives. For starters, the key elements are all there, and it’s got a great aesthetic. It screams the 90’s, which is bound to please any fan of that era. My grading would be a 90% or A-, which means it is a must cop. 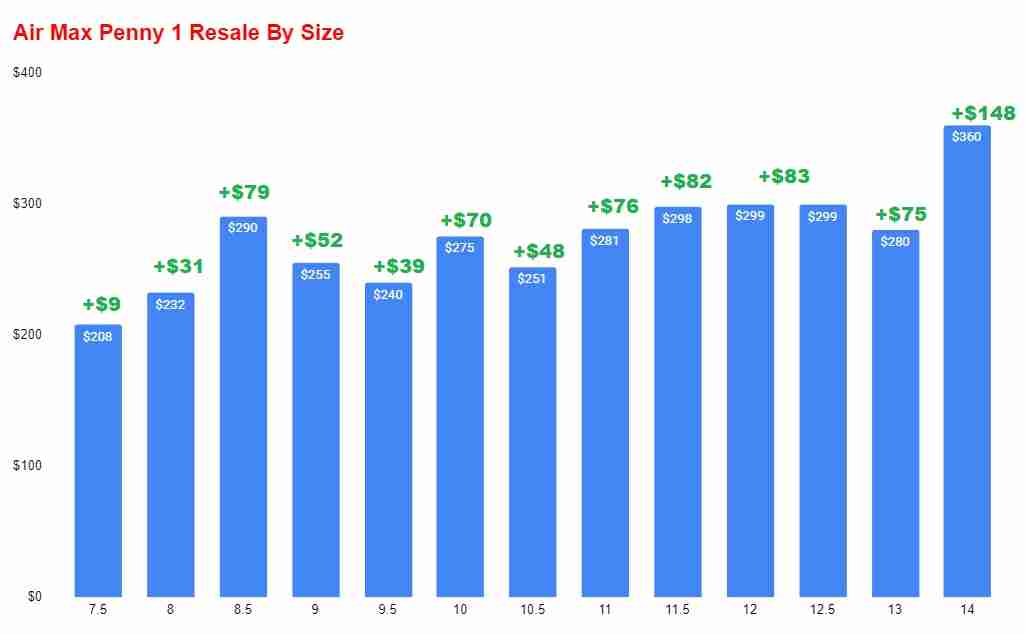 As you can see, depending on the size obtained, the shoe is generating some pretty excellent returns. For more details on its resale, see our thorough projection, CLICK HERE

Where To Buy The Nike Air Max Penny 1 Orlando

You can also purchase it on StockX, CLICK HERE

Notable Colorways Of The Penny 1