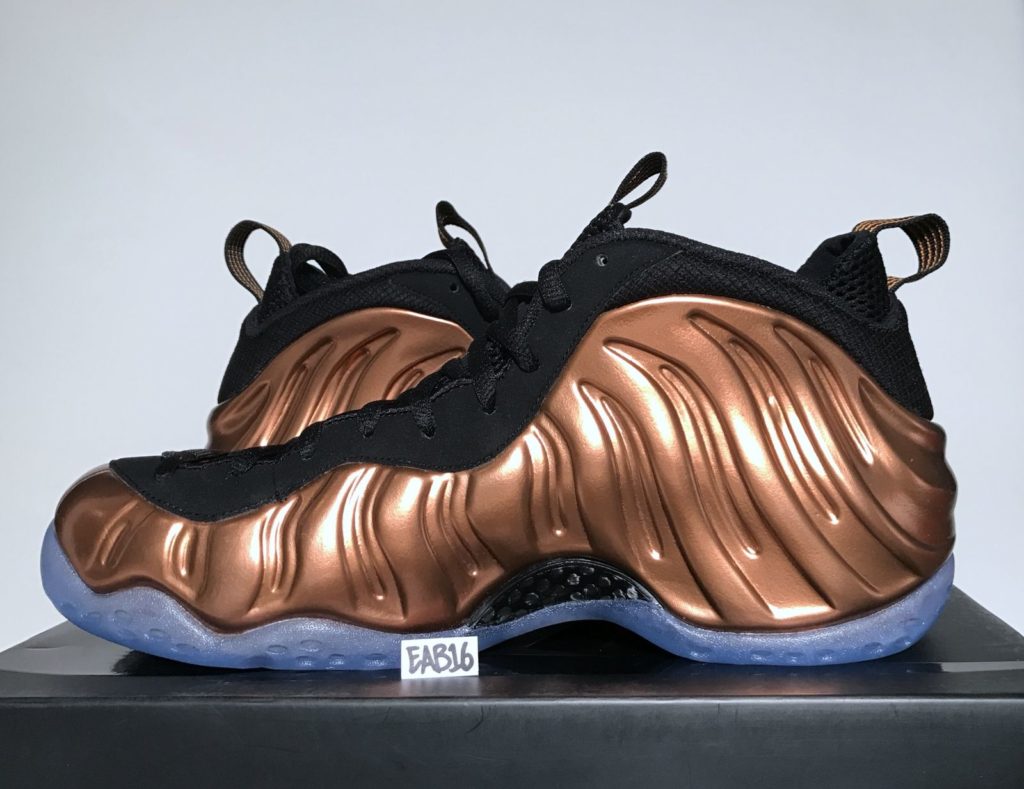 The 2017 Air Foamposite One Copper 314996-007 will debut officially on April 20th. They feature copper shells with black detailing on the eyestay, tongue and inner liner, and sit atop a blue and purple outsole ( which I can’t stand by the way) .They are made to last a lifetime. Built like a WW2 German  tank, the shells are intended to mold to the foot and ensure natural motion. They feel very sturdy upon initial wear but will get more comfortable with time. Cushioning on the foams come directly from the air injected zoom insole ; so basically the shells are directly connected to the sole. Since the shells are heavy, Nike incorporated carbon fiber shanks to lighten up the shoes for a better performance on the court. The mesh tongue and its extension are the only operational ventilation system on Foams. 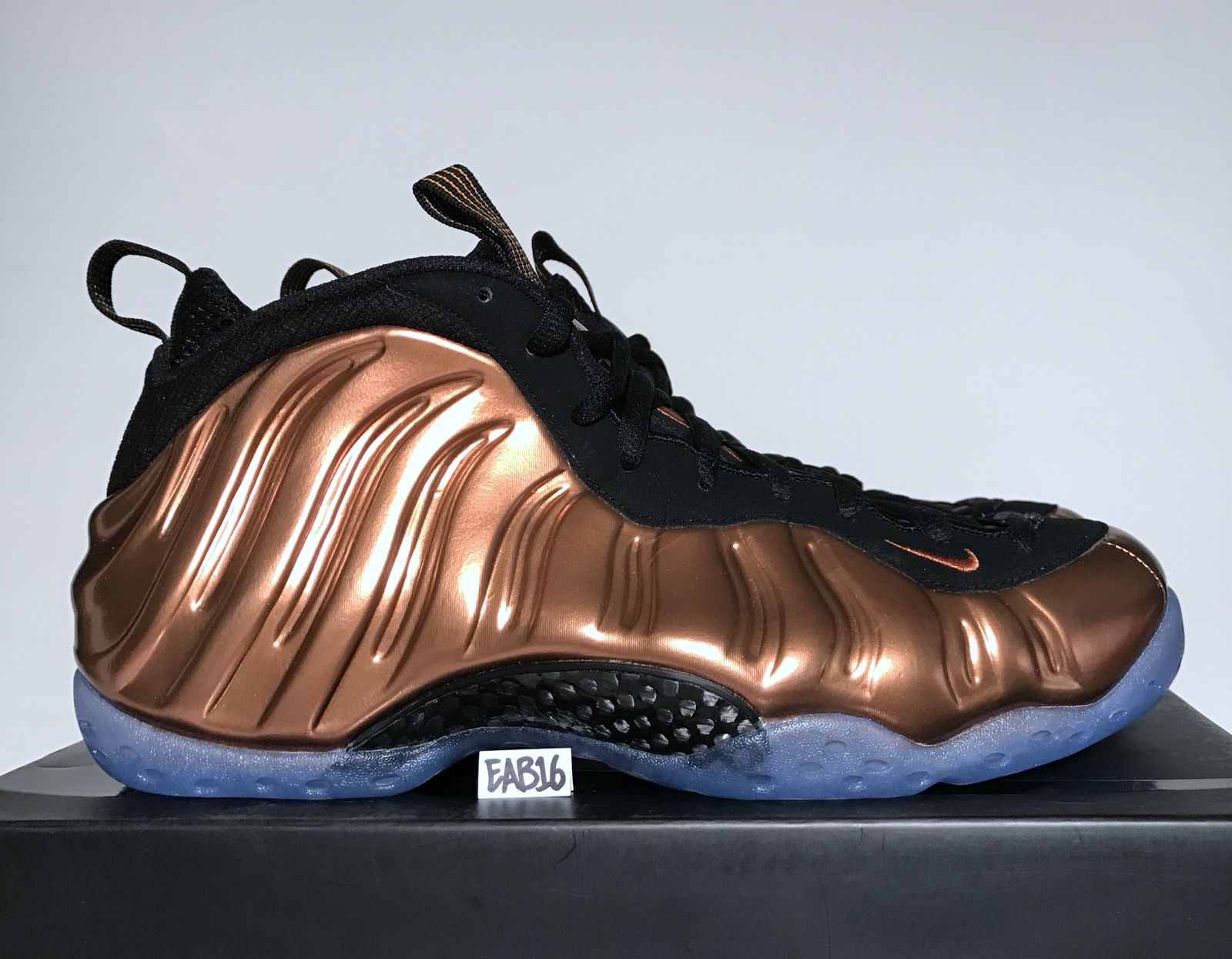 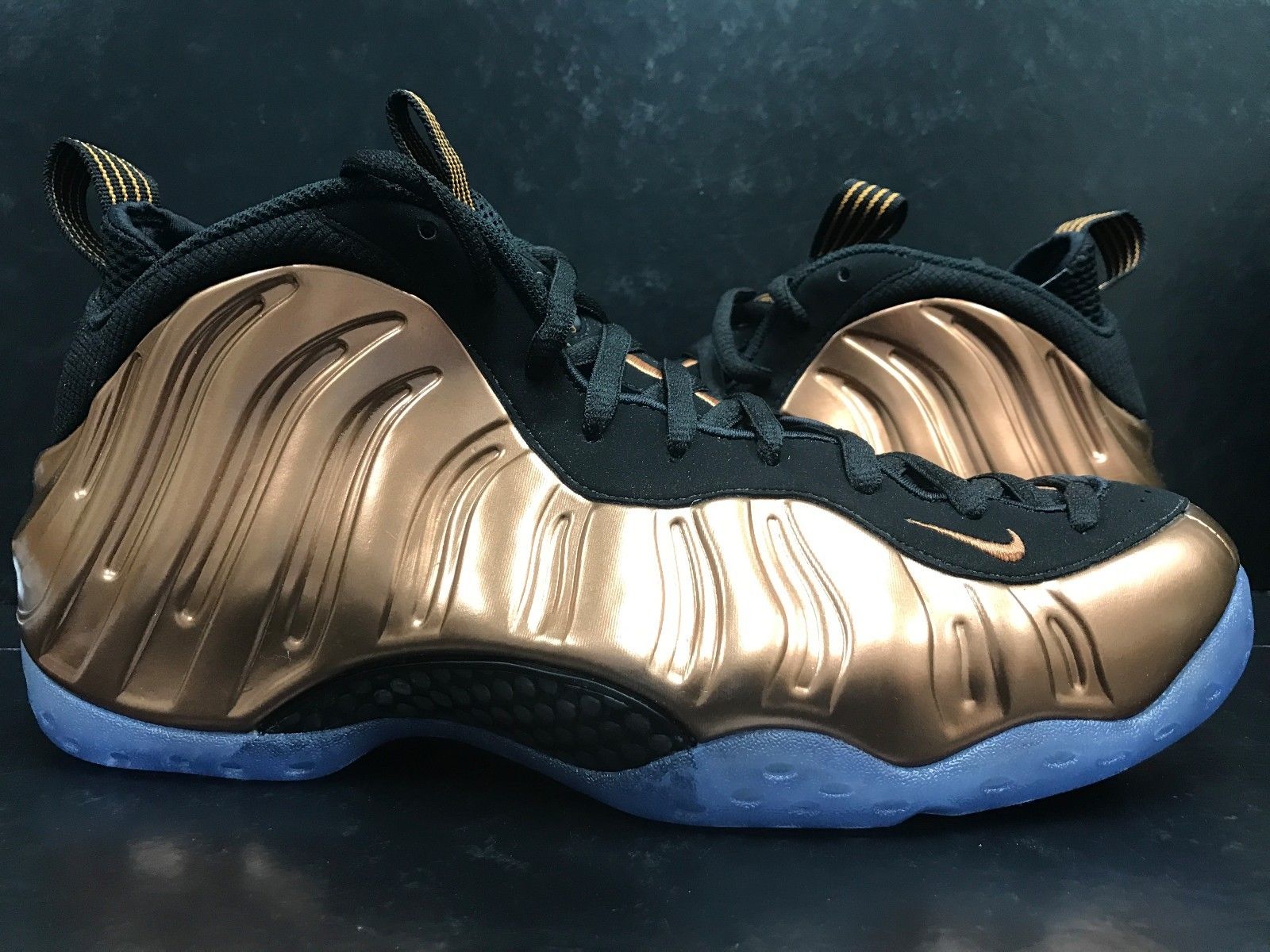