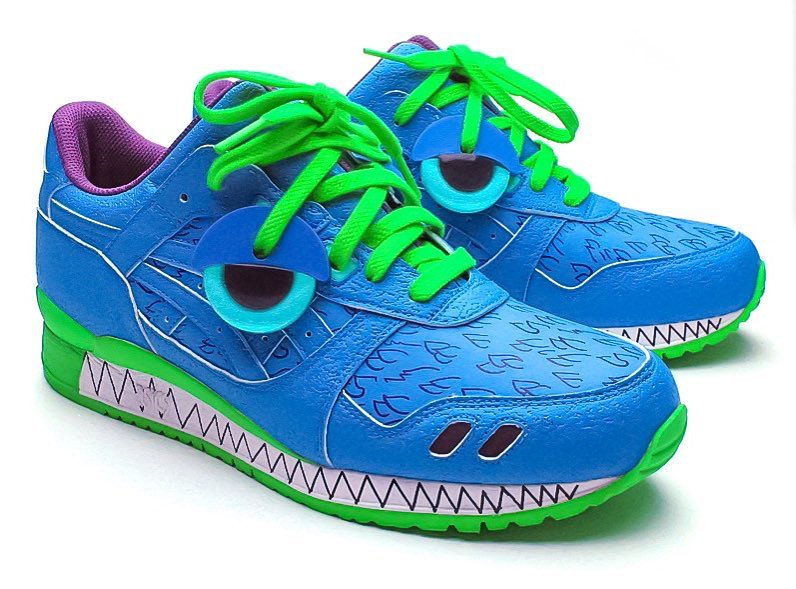 The Alife X Asics Gel Lyte III monster pack was originally introduced in 2007 for the Halloween festivities. The collection included two pairs one in a more conservative black on black combination, and the other in a reptilian green and white combination. Each shoe featured a premium leather upper adorned with reptilian scale patterns; additional details included removable monster eye balls and compelling graphics on monster teeth on the midsole to finish off the look. Alife’s own logo was placed on the heel and the classic Asics logo on the panels. Well yesterday Alife shared a teaser picture of a newer iteration of the shoes on IG, with a 2018 caption, which leads me to believe that they will be making a return next year.

The shoes feature an all blue upper with a purple lining, contrasted by a green outsole and green laces. Interestingly, there is now Alife logo at the heel so I’m ot sure what to make of it. Stay tuned for further updates.