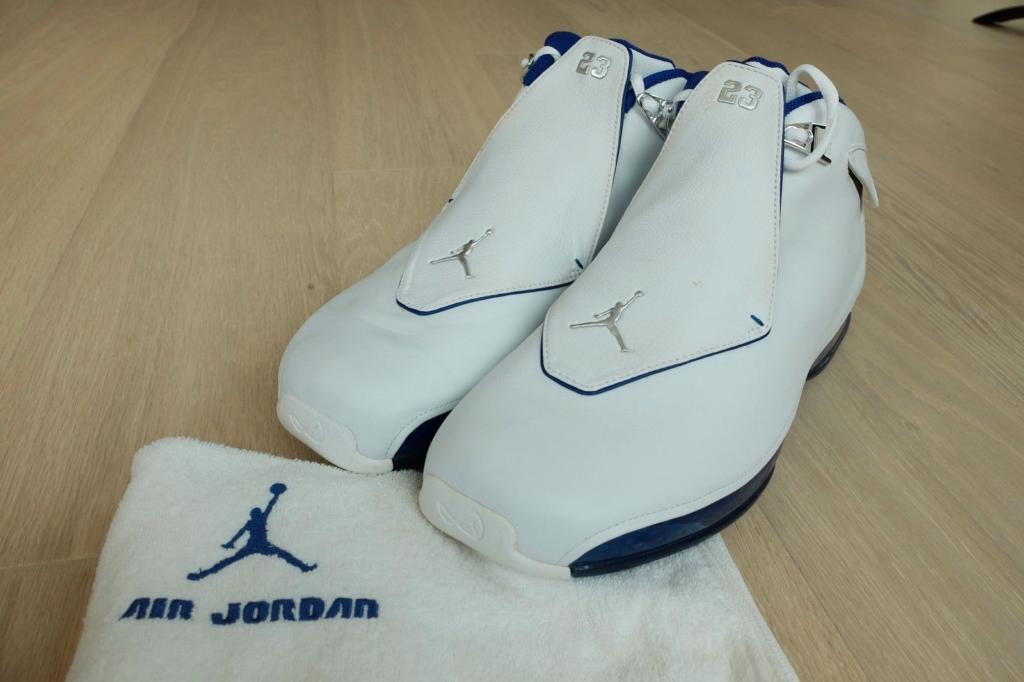 Jordan Brand is digging into their archives and resurrecting some of the sneakers that were released toward the end of MJ’s career . One of those was the White & Blue Air Jordan 18 which the GOAT rocked while a member of the Washington Wizards. JB must have read the article I wrote suggesting them to bring some classics back, among which were the 18’s. Well who knows , I’m just speculating. 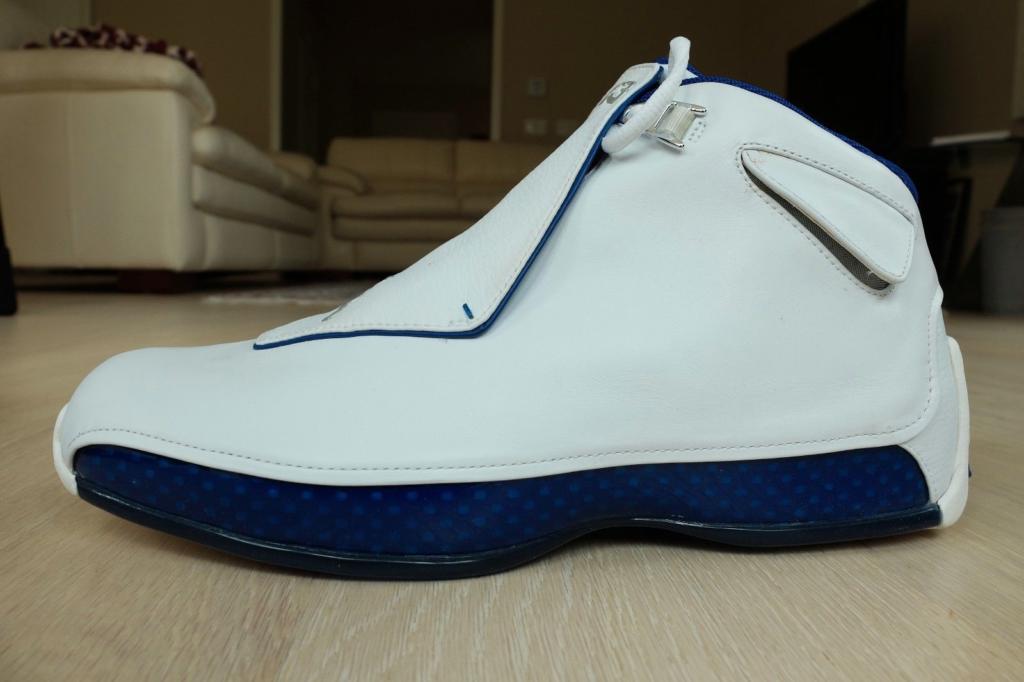 The shoes were originally released in 2003 in the Wizards white and blue jersey colors. These were one of the first Jordan signature shoes with a futuristic aesthetic. They were primarily built for performance and were inspired by speedy and robust racing cars. They  featured a premium leather upper with a carbon fiber base and full length zoom units for cushioning. The heel area was equipped with windows for ventilation purposes. I never bought the white pair but I had three pairs of the black and royal 18 which I destroyed on the court. I’m definitely looking forward to picking up a pair of the 18, provided they bring back the black & royal edition.

In 2003, they were priced at $175 and included many accessories ( slide out box, towel, a booklet and a brush). The projected price for the retro pair is $225 which is actually great based on the inflation rates, so you aren’t being taking advantage of- hopefully these will also include the same accessories.

You can buy the OG model now on eBay from our featured sellers , see listings below