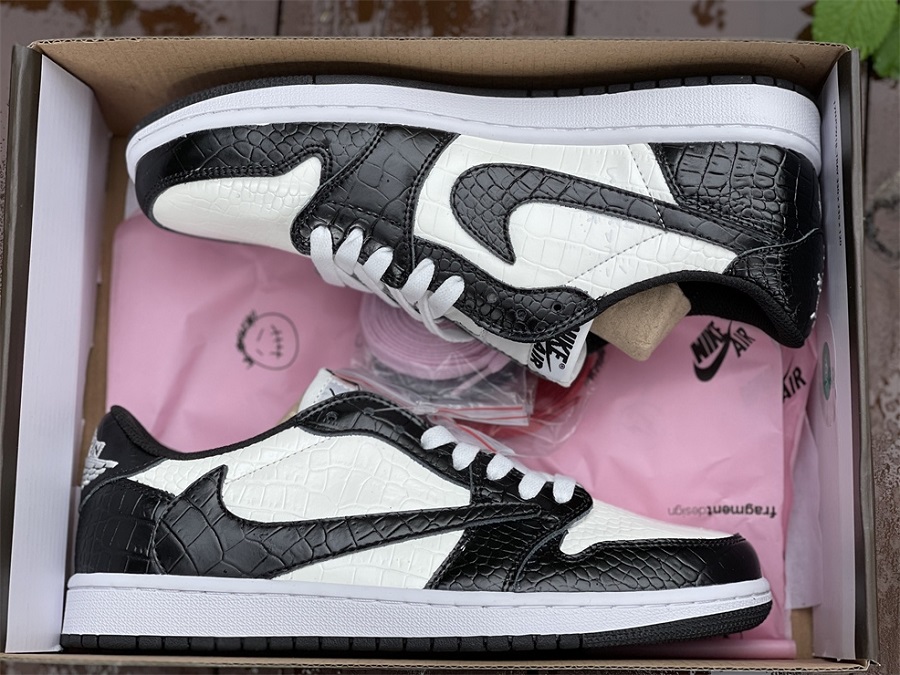 One of the unorthodox ways to check for what Nike is concocting for the months ahead is a simple search on grey market sneakers’ website. I’ve always said that they usually give us a sneak peak of Nike’s release calendar and I stand by my statement. With my most recent routine scouting of one of these sites, I came across a pair of Travis Scott Air Jordan 1 covered in what appears to be Gator skin for the most part. I immediately thought about the Nike SB Low Tiffany’s when I saw them. The latter is currently selling for as high as $13,00 on third party marketplaces. Nike has not been very consistent about keeping up with the Edit To Amplify campaign,  but if the brand is looking for a shoe that will have an atomic bomb effect in the sneaker market, they ought to certainly consider releasing this Gator Skin Travis Scott Jordan 1 Low.

It’s certainly a fresh spin on the legendary Jordan 1 low silhouette. The top is constructed of synthetic gator skin materials and boasts a white and black color scheme that is sure to turn heads. Each side panel features a reverse swoosh emblem for an added touch of flair. The bulk of white and black variants of the most desirable Nike styles, such  as the Jordan 1 Panda, the recently released Nike Dunk Low, the CB 94’s, and the Concords, to mention a few, sell out instantly. The combination of white on black and Travis Scott’s iconic reverse swoosh design is a surefire winner, and Nike should consider producing this style ( I think the brand is already unto it). 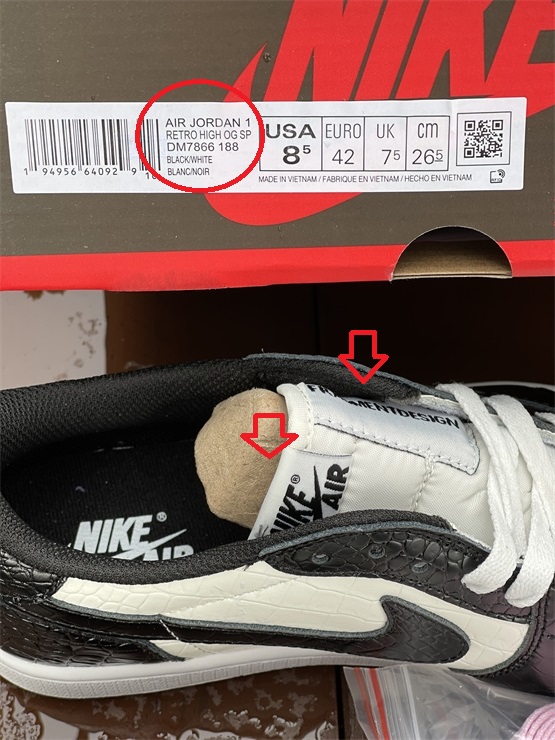 That style code that I circled in red ( DM7866 188) doesn’t exist, try looking it up, you won’t find it. The outside of the tongue also features the co- branding. 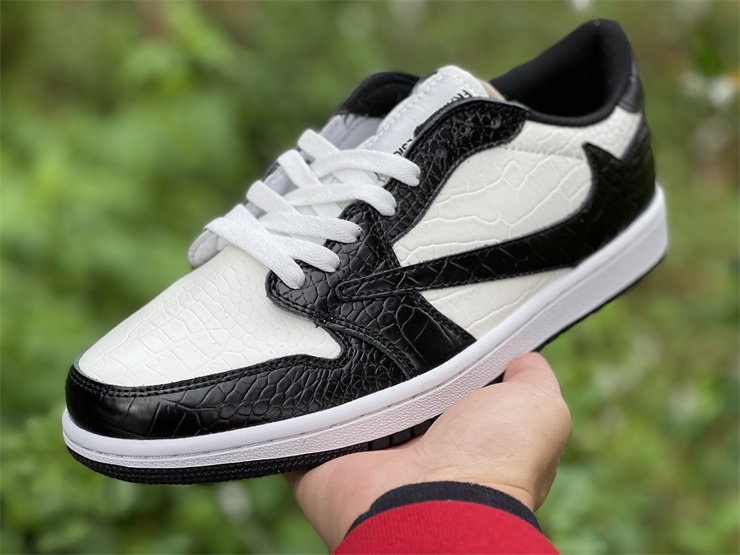 Whether Nike is going to release this shoe or not, I don’t know but all I can say is it will be foolish not to drop it.