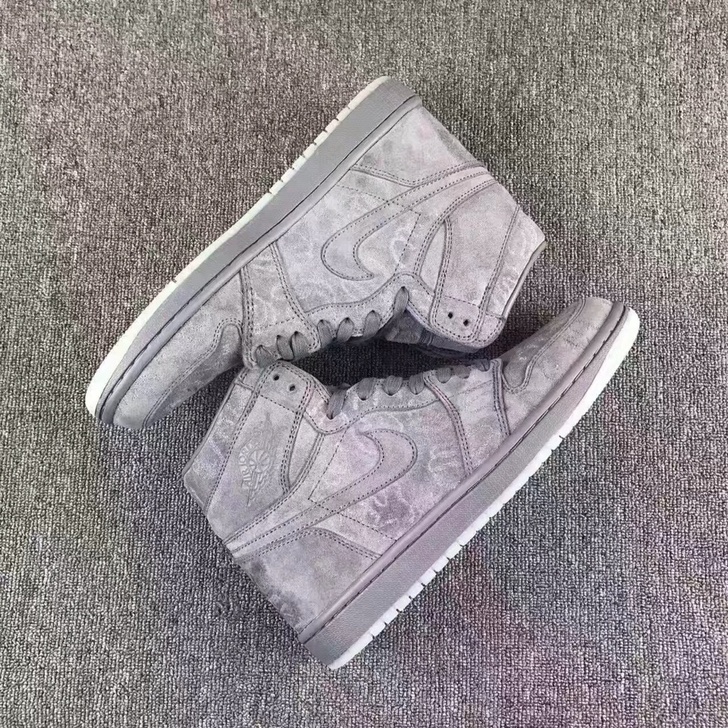 These days it’s really hard to know what JB might be concocting; there has been an ever increasing number of collabs between brands and it seems to be the “in thing” now. The Kaws 4 released a couple of months ago, and while doing my routine internet search today, I came across a pair of Air Jordan 1 Kaws on Taobao, commonly known as the Chinese Ebay, a platform known for hosting tons of fakes. So there is not telling whether these shoes are actually going to release officially. ; they come in an all grey premium hairy suede upper with a grey sole and a glow in the dark outsole. The customary swoosh and wings logo will be featured on the sides and quarter panel respectively. Kaws branding will appear on the outsole and the sockliner. Additional features will include a dual density leather heel collar, a padded tongue as well. The shoes are completed with grey laces and will come in a special box with co-branded logos.  I’m pretty sure these Air Jordan 1 Kaws will officially be introduced, but until then take everything I said with a grain of salt.