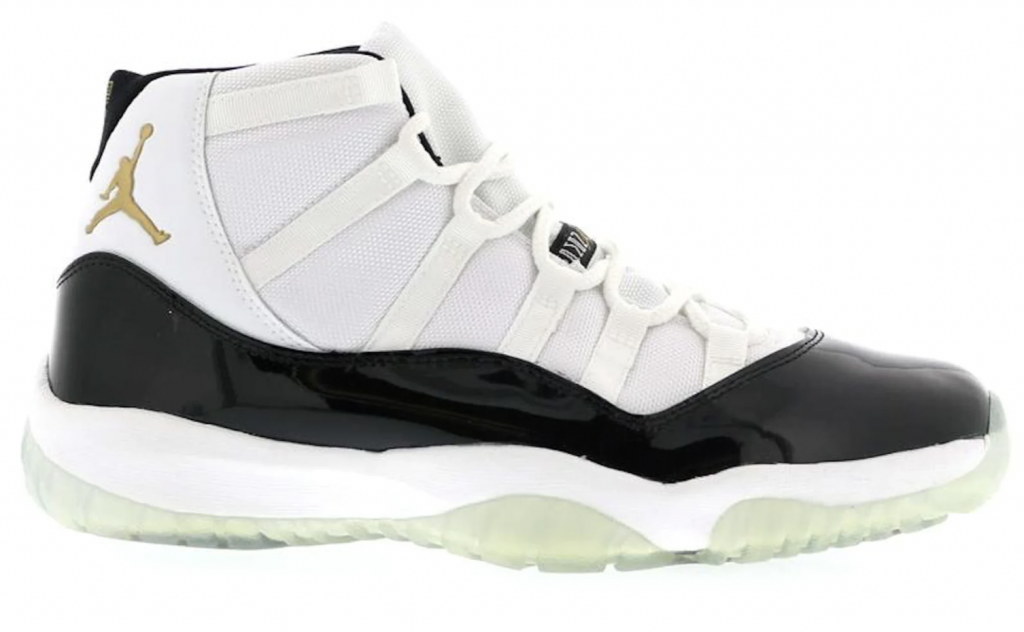 When it comes to iconic sneakers, there are certain shoes that have stood the test of time and will never fade away. One such shoe is the Air Jordan 11 DMP, which recently made headlines as rumors circulated that it may be set for a re-release in December of 2023.Let’s take a look at how this shoe became so legendary and why its impact continues to be felt today.

The late 90’s and early 2000’s was a time when sneaker culture flourished, with forums like ISS and Niketalk becoming dynamic meeting places for passionate sneakerheads. To gain acceptance into these tight-knit communities was no easy feat – each member had to prove their sincerity by exhibiting an intricate knowledge of the culture. 2006 was a watershed year for sneaker enthusiasts: the iconic Defining Moments Pack ( 6/11), more commonly referred to as the DMP 6/11, commemorated Michael Jordan’s greatest basketball moments in a set of two sneakers. The number 6 represented the moment he won his first championship ring in 1991 while ‘11’ alludes to 1996, the year after he reunited with the League following his first retirement. The pack quickly became one of the most sought-after collectibles and marked an exciting turning point for all fans of sneaker culture.

This was also a time when Jordan Brand wasn’t flooding the market with meaningless sneakers, and when I say meaningless, I’m referring to the backstories that accompany the shoes. The DMP 11 /6 was special for so many reasons.

The Packaging Was Incredible

The pack included  a gold box with two compartments with covers of MJ’s graphics on it. 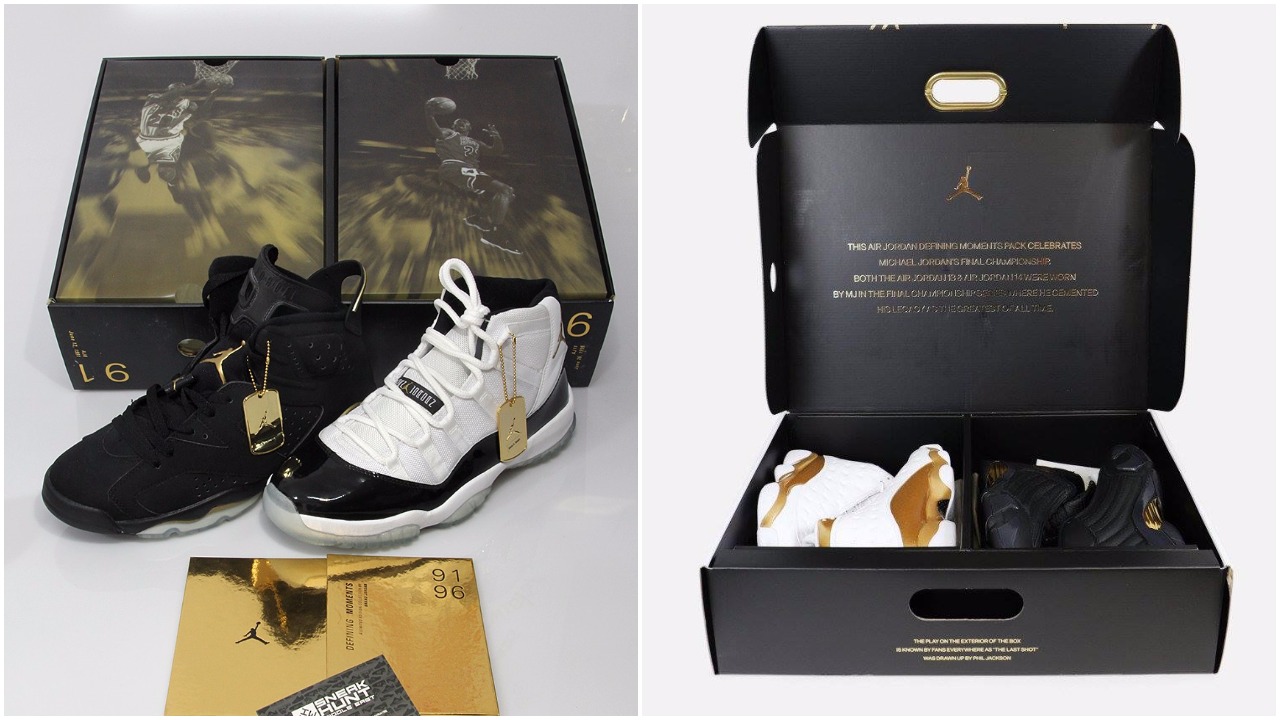 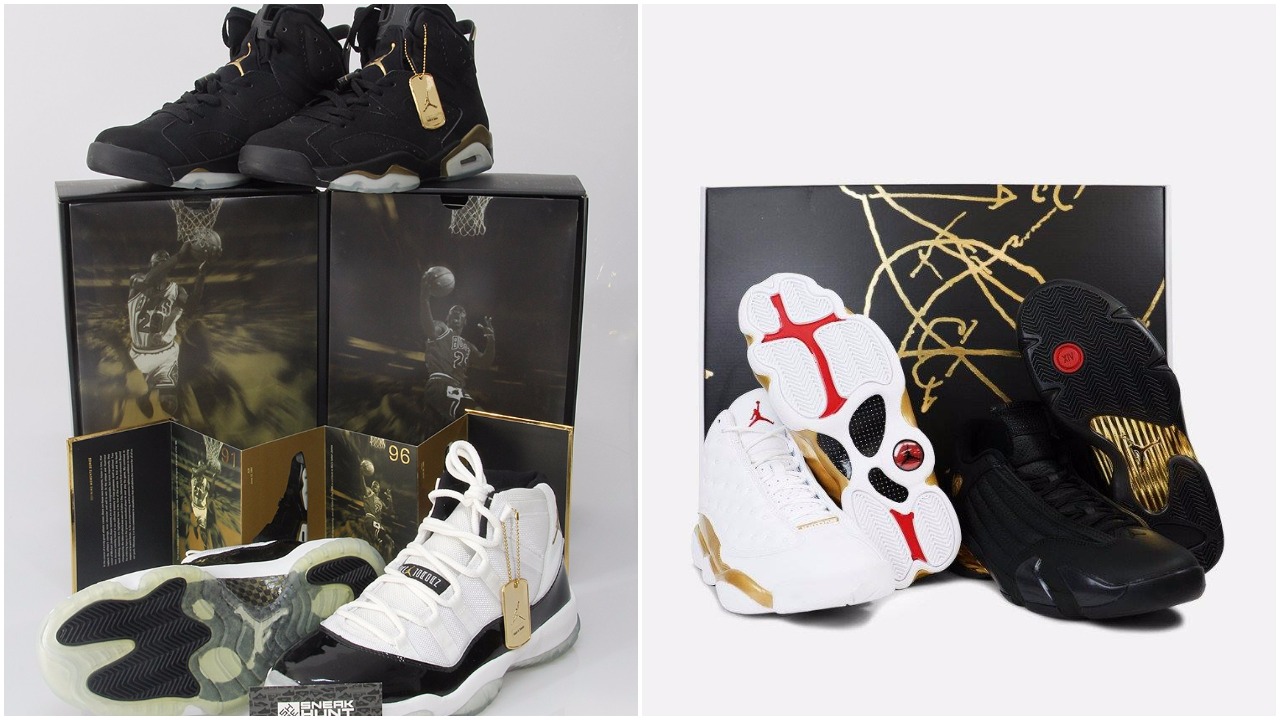 The pack put a premium on story telling- it included a booklet informing buyers about MJ’s first title with the bulls ( in 1991, the same year in which the Jordan 6 was introduced); in addition to that, it also informed folks   about MJ’s first title coming out of his first retirement in 1996. Each shoe bore a gold hang tag with a brief description of MJ’s achievements, see pictures below 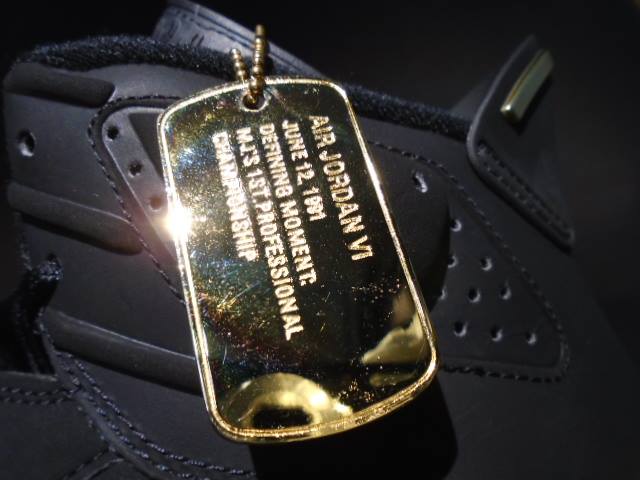 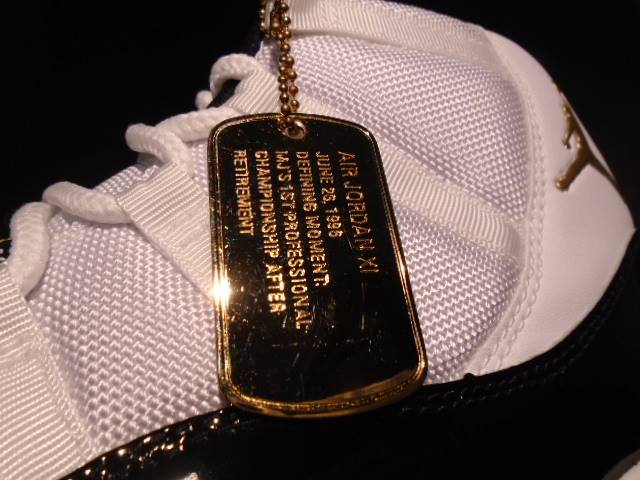 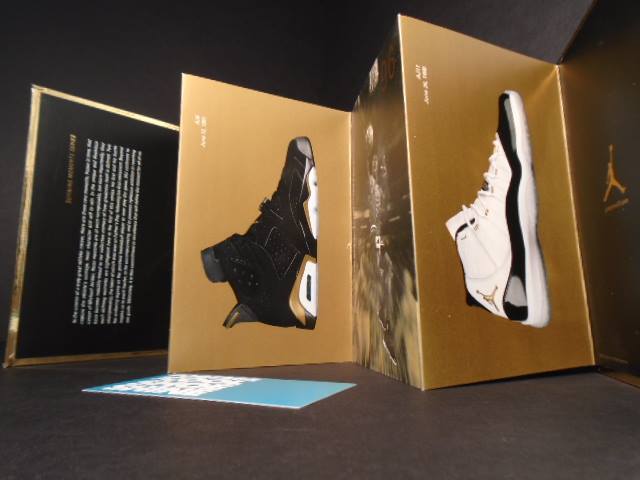 You had all of these extra perks in the DMP 6/11 pack and it only cost $300. So buyers had their money’s worth with it. It would have been the perfect tribute  if Nike had bought it back in its original form, with every single perk included. Unfortunately, not only did they split up the pack, but when the 6 was released a while ago, none of the legendary elements that made it an instant classic were brought back- i.e. the booklet and gold box which many would argue was integral in creating its iconic status. It is a shame we are unable to relive this moment as it was meant to be. The re-release is just another cash grab for Nike.

Why Is Nike Releasing The Air Jordan 11 DMP Again?

The Jordan 11 silhouette is one of their most sought after silhouettes. The cherry 11 that just dropped was probably produced in substantial numbers, I wrote a post about it and projected close to 1.3 million pairs produced.

You can clearly see that the 11’s rank right behind the Jordan 4’s and 1’s in terms of popularity. Now you can also see why JB continues to milk the heck out of the Jordan 1 and soon the Jordan 4. I won’t be surprised if close to 3 million pairs of the DMP 11 are produced. I just looked at some numbers on third party marketplaces and discovered that the sell through rate is close 100% ( 2.5 times above average) on most Jordan 11’s.  Just yesterday alone, close to 700 pairs were sold on the secondary market. This is a huge revenue making silhouette for Nike and it makes perfect sense for the brand to split the pack and bring the shoes individually- keep interest high, possibly bump up the MSRP, produce more units and the formula is a recipe for major capital gain.

If you’ve held onto 2006 Air Jordan 11/6 DMP sneakers for the past decade or so, now may be your time to flip them for a good profit. There are currently close to  34 listings ranging from $900 to $5,000 based on size alone. However, these prices won’t increase much further and there’s a good chance the market value will decrease with more people able to complete the pack. It’s difficult to predict how interested today’s sneakerheads are in the packaging, as that might be an extra factor influencing this shoe’s value. For this reason, it might be wise to consider reselling while prices are high – you never know when the market could bottom out!