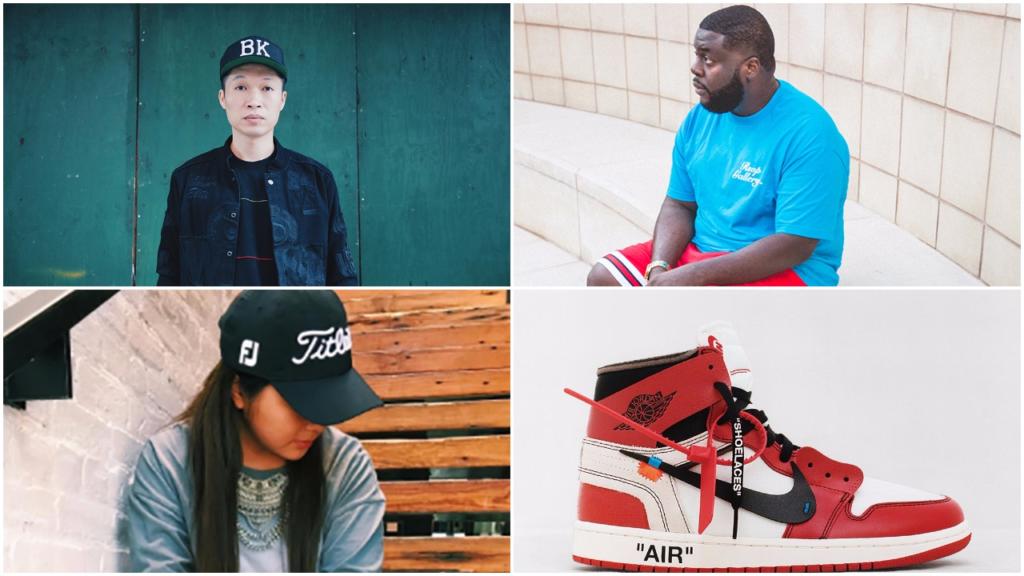 I read an article on Footwear News which raised my eyebrows once more. Last week I wrote about my discontent with mainstream media outlets nominating the Off White Air Jordan 1 as the most coveted shoe of the year. In my argument, my I was directing may attention to the sample size they used to evaluate the shoes in question. I guess they must’ve read my post because this morning, they posted an article titled Sneakerheads Weigh In on FN’s 2017 Shoe of the Year. Let me let you read the very first paragraph of the article,

Virgil Abloh earned FN’s Shoe of the Year honors with his take on the Air Jordan 1from his “The Ten” collection with Nike. And based on the reactions of influencers featured in our annual sneaker issue (which arrived Nov. 6), we made the right decision. Here are five reactions from experts when asked to name the best sneaker drop of 2017.

Now once again, they proved my point; their initial evaluation was subjective and purely based on their own assessment based on the selling price of the shoes on eBay. Second, their sample size they used now is way too small ( only five people) and check out their choice of words. They called these five people influencers and experts. Now I don’t deny that these guys they cited own a lot of shoes , and may know a lot about shoes. As a matter of fact, out of all the people they interviewed , I only know one of them, and I’m not even sure how influential these folks are. The thing that irked me the most was the answers these so called experts gave when asked about the Off White Air Jordan 1. I was expecting a little bit more than the typical shallow answers a guy like me will give i.e. the shoes are amazing, it’s iconic, etc.. The question again is what makes the Off White Air jordan 1 the most coveted shoe of the year, and none of these so called experts/influencers gave an answer to the question. If you label yourself as an expert then I’m holding you to that standard. Not only is this sample size too small ( only five people), I don’t believe it’s representative of the larger community either. Here are some of the answers “so Called Experts” gave when asked about the Off White Air Jordan 1,

“The Nike x Off-White collection was amazing — especially the Air Jordan 1, which was a different take than what we’ve seen from the brand.”

“The Nike x Off-White collection — specifically the Nike Air Jordan 1. The Jordan 1 is one of my favorite Jordans of all time; it’s such an iconic, classic model.”

“I’ve always loved Jordan 1s, even before they got super-popular, and the Virgil Abloh Off-White x Nike Air Jordan 1 has to be the best drop of the year. The whole collection is fire.”

Are you really impressed with any of the responses they gave; now I’ll expect reactions like this from the average person. Now contrast these answers to what Steve Joseph of Future Tomorrow, a regular guy who loves shoes had to say about the same shoes,

1. The shoe has the upper wing/last eyelet flap loose while every other AJ 1 that I am aware of it’s stitched so can’t flap back the way the OF AJ 1 can, cosmetically transforming the shoe without any other accessories. Having “85” on the inside is an added bonus. Add the tie strip and I cannot tell you how many times I’ve looked at this shoe…transformed yet again, effortlessly.

2. The toe box and panels on the upper use very interesting materials/textiles traditionally not seen on a Jordan 1, at least none I’m familiar with.

3. On the NPD 2016 most sold list the AJ 1 was all over the place and dominated sales. As such are people already biased to gravitate to the AJ 1 unconsciously? The article does already point out the fact it is a historic/classic shoe.

4. Holding the shoe in hand, yes I own them, it feels like I got a Nike/Shoe Surgeon type deal, in that I got something more artisan and hand crafted than machine manufactured. Not a single other AJ 1 I am aware of has ever given me that feeling or else I would have bought them.

5. While some people were and most likely still are upset or lost over the whole sharpie deal on pairs they missed the point entirely. The experience now becomes truly personal and unique. At the events Nike held that Virgil attended and was the main guest, he extended that personalization beyond celebrities and influencers to fans and curious attendees of his brand and/or Nike.

I could go on and on and do so pointedly in making a very very strong case for why this shoe and the entire collaborative effort mattered in a major way. The shoe however was not my personal DOTY.

That’s how you make an argument for a shoe and these experts/influencers didn’t meet that threshold.