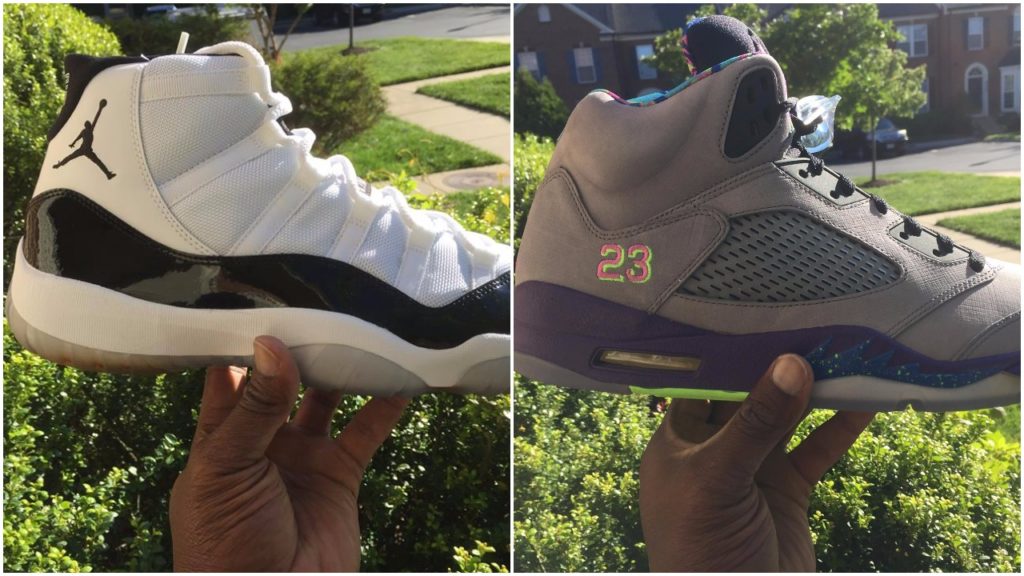 The Air Jordan retro 11 Concord ought to be held responsible for causing the death or the traditional sneaker camping. I’m not saying that there weren’t problems at camp outs prior to the concords

but all heel broke loose when they released- there were riots in nearly every mall nationwide. I remember going out that night at Arundel Mills with my buddy Kevin , waiting in the parking lot in the cold rain and literally running to through the back door for unbeknownst to others in the line, only to secure one pair. And can we ever forget the whole fiasco with the early fake Concords that opened many people’s eyes to the grey market. The Jordan 11 concord are definitely iconic, they released originally in 1995 and retailed for $125 at the time. They feature a combination of mesh and patent leather in addition to the carbon fiber shank ( ligthen up the shoes and for torsional rigidity). They are also equipped with encapsulated air units for cushioning purposes. 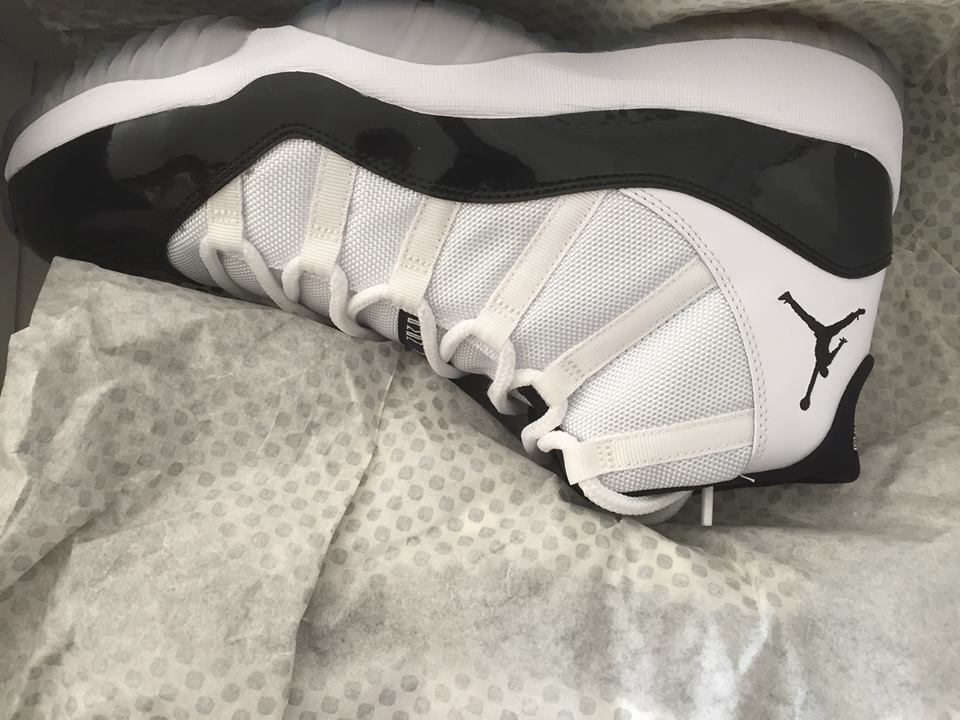 The Air Jordan 5 bel air on the other hand was introduced in 2013 to pay homage to Will Smith Character in the prince of Bel air ( he was spotted rocking many Jordan retros in the show and the 5’s were the ones he wore the most). 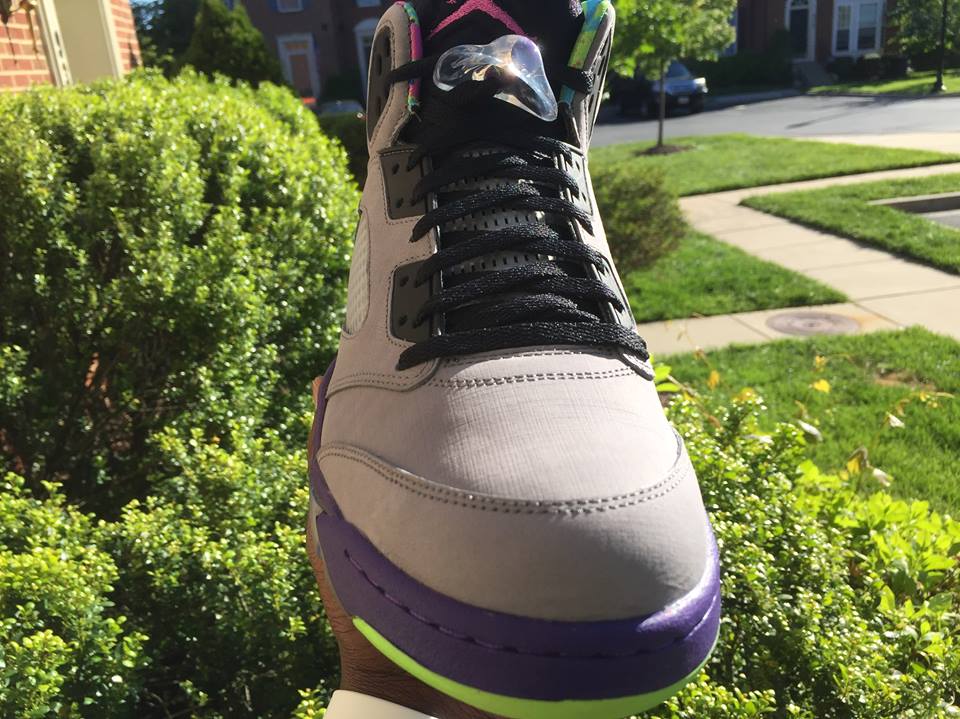