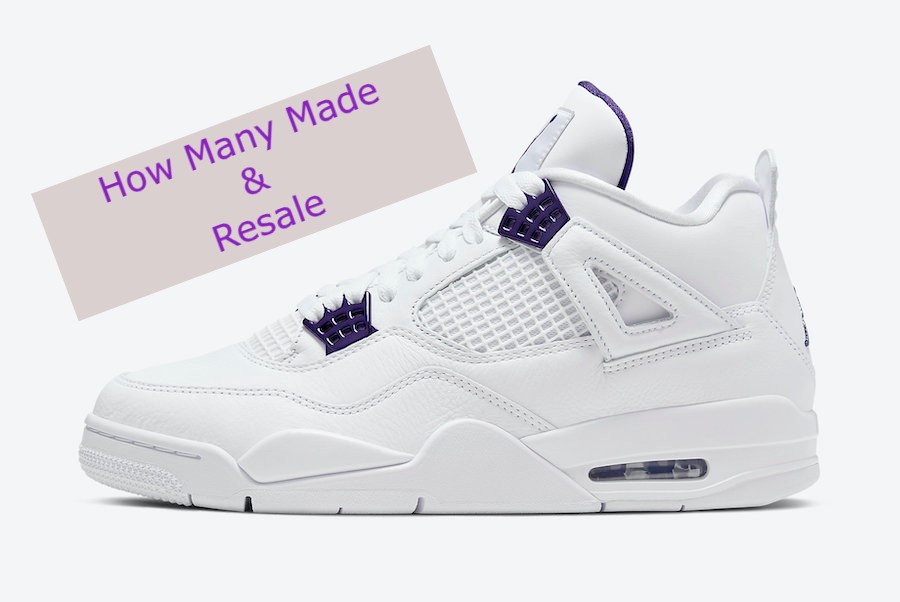 This evening, we are going to attempt to determine the number of pairs of each colorway that could be made. Let’s start with this premise though, out of all four pairs scheduled to release on May the 20th, the only colorway that will be made available via the majority of USA retailers is the Air Jordan 4 purple court colorway. So I’ll create some assumptions for this particular iteration and run the numbers . Once we get our numbers, we can use them to make inferences on the other colorways. Let’s get to it.

Confirmed major retailers: Nike, Footlocker, Champs, Footaction, Finishline, Jd Sports, Hibbett, Dicksportinggoods. We’ll treat all these stores  as if they were operating normally ( via their physical locations and  their online shops). We’ll also have to add Eastbay as well.

1.Based on the information above I’ll assume that Nike will take a 1/4 of the production, Footlocker & Family ( Champs, Footaction) will also receive 1/4 , Finishline, Hibbett and Dicks will split another 1/4, and minor chains all together will account for the remaining 1/4. I’m only considering North America in this post ( notice that I didn’t include international locations).

Since the Jordan 4 Purple Court is releasing globally, I’ll assume that the number of pairs possibly made will fall within the 150,000 pairs < # produced < 200,000

To make a prediction on the other three colorways i.e. the Air Jordan 4 Green Metallic, Air Jordan 4 Red Metallic and the Jordan 4 Orange metallic, we’ll assume that their individual  production number will be 1/4 of the predicted production from the Jordan 4 purple court. And we can calculate it by first finding the average from the  cut toff numbers that will be divided by 4.

PS: As you all know, I always have to add this disclaimer because every single projection that I make is purely based on assumptions that I have set. It is meant to give you an idea of what to expect, I don’t work any of these brands/retailers I mentioned and have no access to their numbers. I’m only using what is available to create plausible assumptions 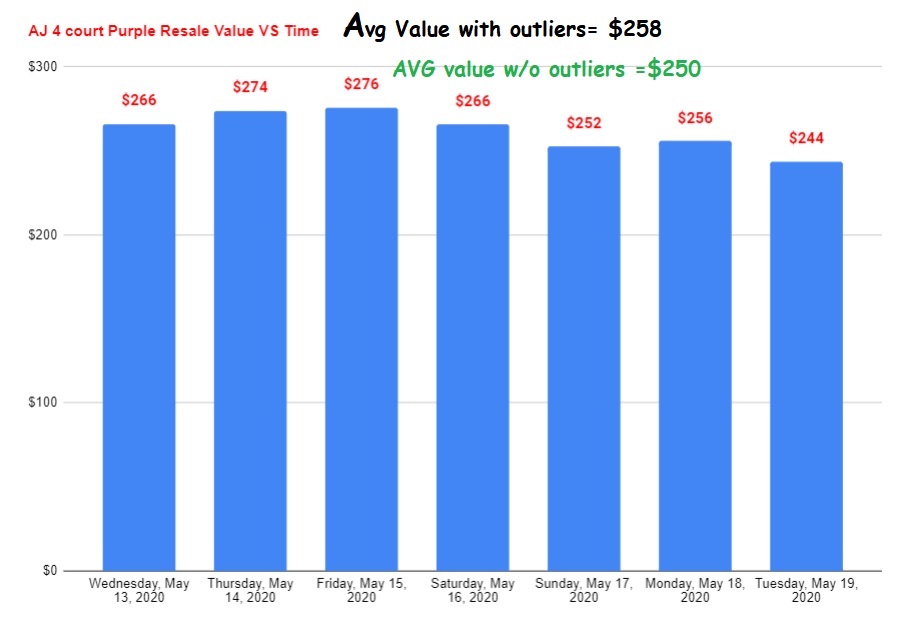 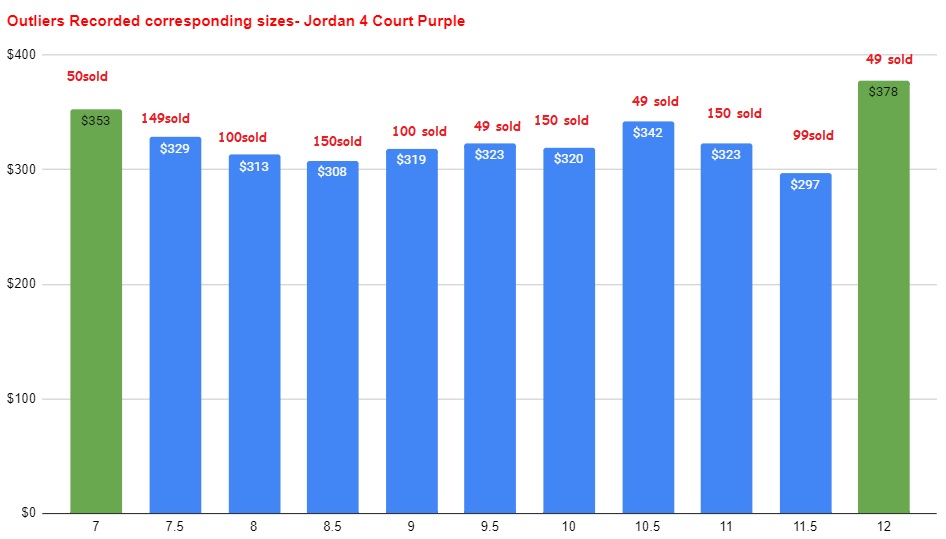 Even though the chart above shows you a breakdown of the outliers only, the amount of units sold is astounding. This is very promising shoe for retailers and resellers as well.

I removed the outliers and recalculated the average and it only dropped by $8, with a new average value of $250.  The shoe costs about $210 after tax , so folks are looking at profit margins anywhere between $17.5 and $63. I’ll stop here and let you run your own numbers on all the other colorways.