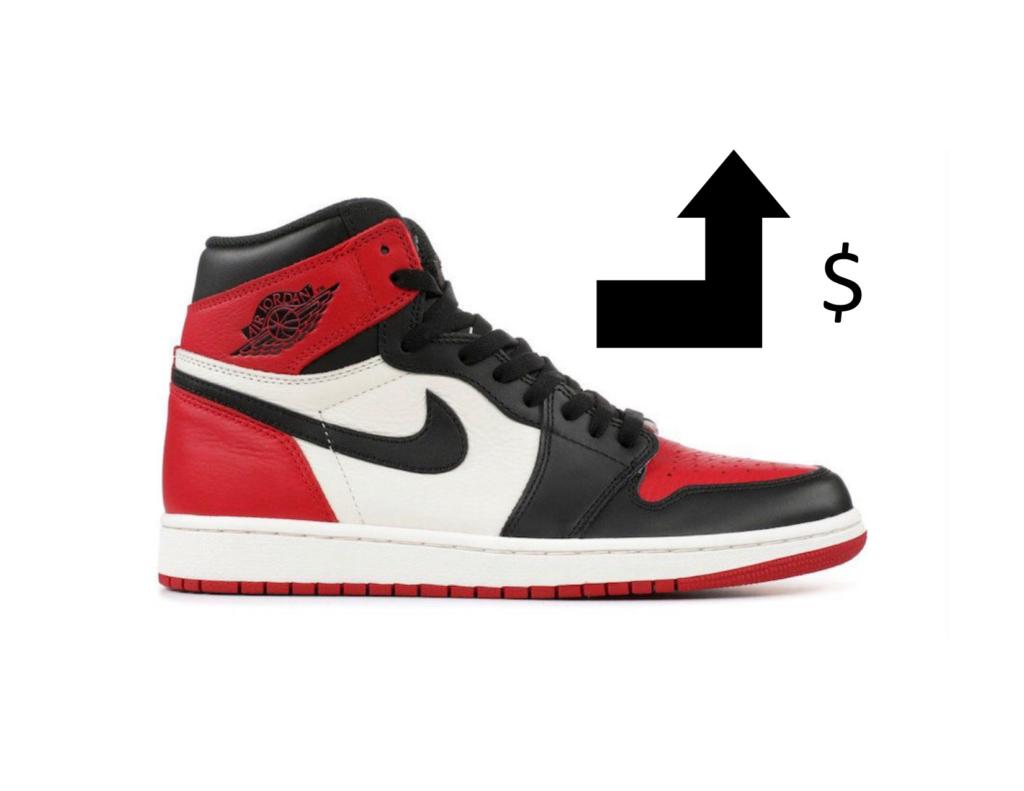 The Air Jordan 1 Bred Toe dropped almost a month ago and sold out instantly. I did a study on its market value a few days before the official release date, you can read the entire post by clicking the link below

Air Jordan 1 Bred Toe How Many Pairs Made & Market Value?

I actually thought the price would drop upon release date but to my surprise it went up and is still increasing as time goes. I estimated that 975,000 pairs were made but I may have been wrong about this number. I’m going to revise that number: I counted a total of 196 Footlocker stores, 272 stores in North America. If I’m assuming that each store is allocated about 18 pairs then we end up with :

Let’s also assume that Footlocker/Footaction get about 1/3 of the entire inventory hence the total number released will be:

Now that I’ve established this, let’s see how much the Air Jordan 1 Bred Toe is doing now on eBay and let’s make a prediction on how the shoe will perform in six months. Collecting data on eBay can be tricky with the amount of fakes that are on there. So I disregarded sellers with feedback 100 and below. I only added sold listings from power sellers and sellers with a receipt included. Here is my data:

To estimate the value of the shoes in six months, we must find the rate at which it’s increasing each month. Let’s consider the following data points:

So the shoes is increasing by $20 every month so in six months the value will be :

So in six months, the Air Jordan 1 Bred Toe will probably have a market value of $445+.

You can always buy the shoes now on eBay from our featured sellers, see listings below