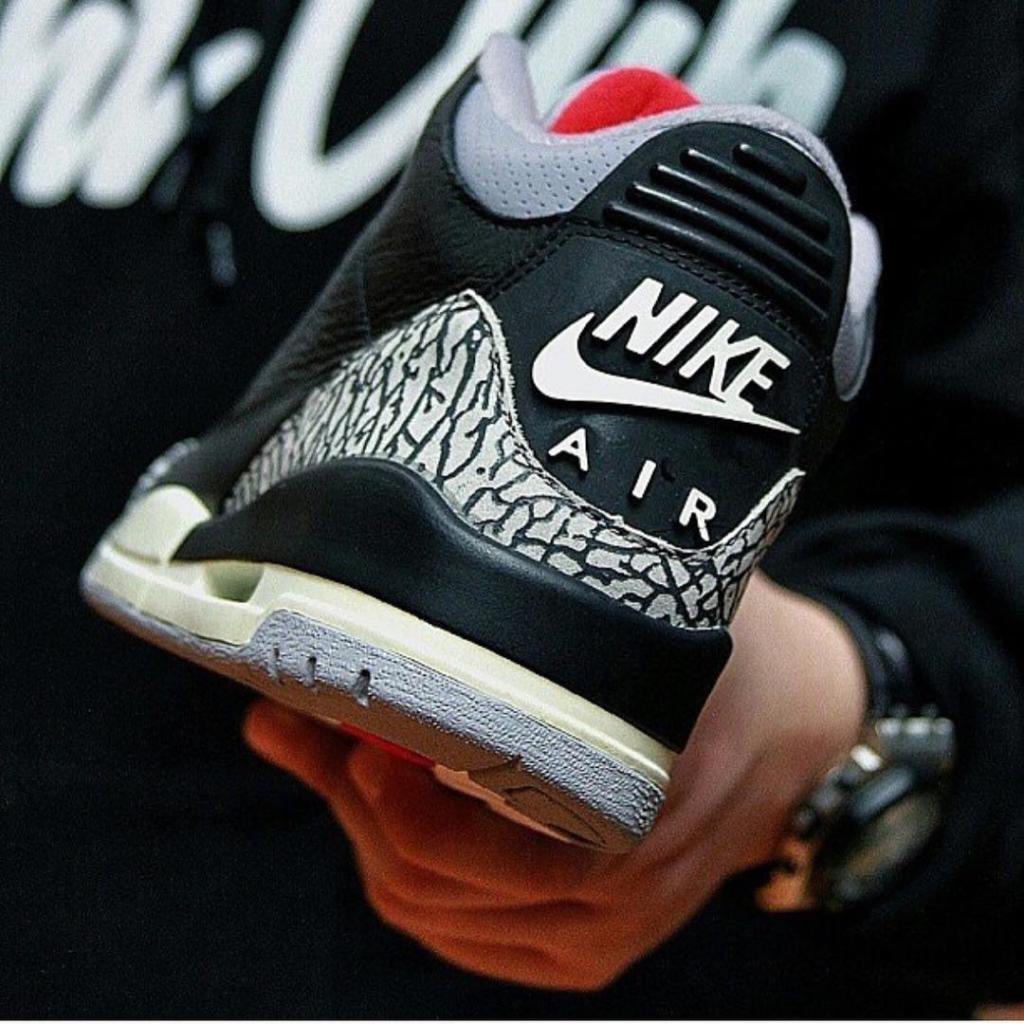 Whatever happened to Jordan brand stopping the production of the Air Jordan 3 model. In 2014 The company’s VP said that the Jordan 3 was going to be put in the vault until further notice, but the way this plan has been implemented is a farce.

was supposed to be the last pair to drop with the Jumpman logo on the back panel If I’m not mistaken. It’s been three years since the news broke out and it sounds more like a marketing scheme at this point – create enough buzz around the shoe to send the consumer into a buying frenzy.
Because the same brand turns around and bring back what they call the remastered Jordan 3 . If you’re going to stop the production of the Jordan 3, it must be done thoroughly and not half-way, the entire silhouette must be done away with , not just slight aspects of it .
I️ actually think if the brand had followed through  with the plan , it could have revived the Jordan retros. At this point, no one really cares that much  anymore about Jordan Retros and the proof is right before our very eyes- the Jordan 6 Gatorade was supposed to take us back to MJ ‘s era and its nostalgia but it failed miserably . The sneakers were already available on eBay before the actual release date  for below their suggested retail price. I️ don’t even think scarcity will polish the image of Jordan brand at this time . They’ve so flooded the market with a pile of frivolous retros that no one gets excited anymore. The element of surprise on the other hand may come in handy for Jordan brand . For once it will be great if blogs and sneaker sites didn’t publish a billion times the entire  Air Jordan release Calendar  for the next 8 months.  It will be appropriate to keep the consumer in the dark and build the hype by creating a sense of excitement . And I️ think coupling it with putting certain shoes in the vault for maybe 10 to 15 years may just benefit Nike and its derivatives. Will all that said, I’m still excited about the Black Cement 3 coming back next year, Jordan Brand can put the Retro 3 in the vault once the cement 3 releases.