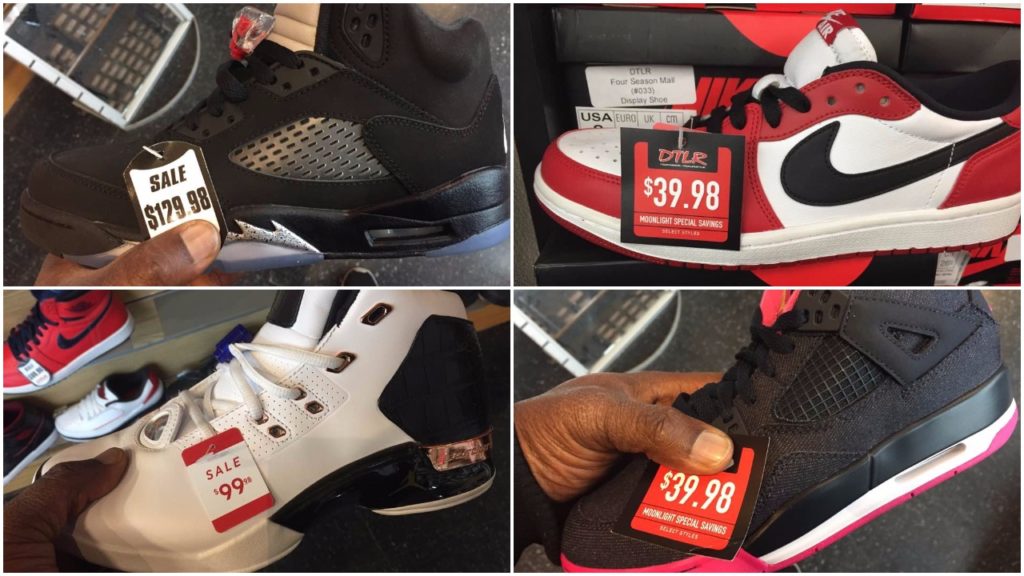 0shares
There is nothing new under the sun, somehow many of the mainstream media websites think they understand something guys who actually live and breathe the sneaker game don’t understand. Jordan Retros have always sat on shelves; as a matter of fact it was much worse back then, and when I say back then I’m referring to the early 2000’s. I bought my pair of Mocha 3 in 2003 from Champs for $79.99. Jordan Retros always ended at Nike’s outlets years ago when outlets lived up to their reputation-  the place where you could find steals. I remember buying a pair of the Jordan 17 along with its suitcase for under $100 in the mid 2000’s.
In 2009 Jordan Brand brought back the black varsity red 6, the bulls 6 and introduced several new colorways of the 6’s i.e. the Lakers 6, the Oreo 6 and more. And let’s not forget the Anniversary Collection that ended up being a major disappointment- every single one of the shoes in the collection at the exception of the 11’s went on sale and eventually hit the outlets. So the idea that Jordan Retros “ARE NOW DEAD” is absurd and please understand something- Nike is not really struggling. It’s a delusion and the unlearned have bought into the idea there is an Adidas takeover, and its imminent, even I felt into that trap. I will agree that Adidas has disrupted the market but to extrapolate and make the bold assumption that they are coming for Nike’s jugular is nonsensical. Here is the thing, Nike has understood the power of their outlets and has unleashed a fury of locations nationwide.
At this point, the only folks in trouble are the low capital Re-sellers, I’m  referring to individuals with a $3000 to $4000 capital to invest in high end Saturday releases in hope for a fast turn around. Those are the folks in jeopardy; and if you are in that interval you might want to invest in something else ( maybe selling 3D keychains)

, that might be a better business model for you .
For  guys with a substantial capital, now is the time to hit every outlet. In 2010 the Bred 6 was selling for as low as $89.99 and today, they can be fetched for as high as $400 and more. You get my point; for the long term investor, the status of the Jordan retro market is to your advantage and for the hustler, you better find another alternative because even the NMD’s won’t help you, the margins are working against the Re- sellers because brands have increased the prices of their commodities to combat third party merchants .
If you’re collector, this is the best time to be one as long as you’re willing to be patient. Nothing will sell out unless it’s extremely limited. And for every general release Jordan Retro that will drop, I’ll invite you to wait for an average of three weeks, and you’ll eventually find them at DTLR, Jimmy Jazz or Shoe City  just to name a few for under retail.
Adidas is the one that needs to be worried because the NMD has already reached its peak  after only a year of the frenzy it created, but I’ll save this for another discussion. STAY TUNED.
You can also read my post in regard to how Nike crippled Re-Sellers with the Space Jam Release, see article below