Skip to content
Latest News
Truth For Life E39 | 1 John 5:16 -17, The Sin That Leads To Death
Is It Possible To Stop Sneaker Bots From Taking Over The Next Sneaker Raffle ?
4 Essential Tips for Keeping Up with the Latest Sneaker Drops
Beware Of The Fake Air Jordan 1 Bred Patent
Nice Kicks x ASICS Gel Lyte III OG Nice Cream, Resale & Where To Buy
The Reebok Question Mid Team USA H01281 Is Available Now 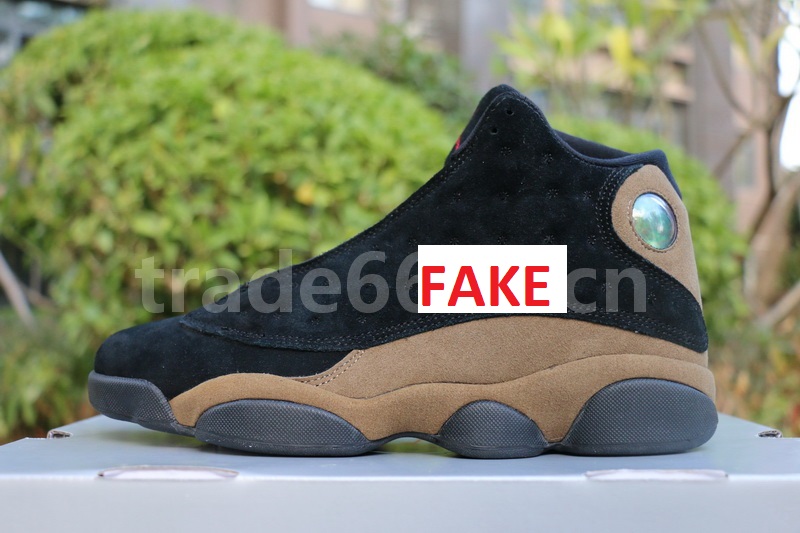 From the very first time Jordan Brand announced that the Air Jordan 13 Olive was projected for 2018, I was already on the bandwagon, and I still am. The colorway is just breathtaking; the initial pictures of the shoes indicated that the uppers were  tumbled and suede leather built but yesterday, many sneaker blogs released newer pictures of the shoes that happened to show an all suede leather upper. Now here is the problem: are the shoes they are showing confirmed official pictures from legitimate sources of Jordan Brand? And here is why I’m making this assertion. I found a site known for carrying fakes that has the same shoe with the exact features for sale as of now. And this is why we all have to be very careful and exercise wisdom. Don’t just blindly accept everything a sneaker site is showing or telling you, everything must be tested.

I know this may sound like I’m a double minded man because I condemn replicas, but I have to admit that these bootleg Jordan 13’s Olive are tempting. It’s to the point where flaws on the fakes are minuscule. I would be interested in deconstructing them to see if these actually have legitimate zoom units in them. If there is anything you can take out of this post it’s this one thing: DON’T BE A SUCKA, TEST EVERYTHING. See the pictures below and stay away anyone carrying these Jordan 13’s olive early because you know where they are getting it from. Unfortunately I do not have any official pictures for a side by side comparison.