Marty Posadovsky, founder of KOSG a very active Sneaker Community gave us a thorough review on the highly anticipated Air Jordan 10 OVO ; He said:” Well, this time Jordan Brand (JB) did something that is only done on rare occasions with its legendary silhouettes: a collab with a famous performer, with his OVO Branding lighting up the spotlight one more time. Enter the Air Jordan 10 OVO. What are thooooose?The Air Jordan 10 OVO are a truly remarkable twist that infuses the past with the present: and It has raised at least one eyebrow for most all JB enthusiasts and critics alike. It offers a time tested, fresh new cool aid to what might have otherwise been a colorway that could end up in a Nike or box store outlet or even on clearance price at your local boutique and box store sneaker distributor. 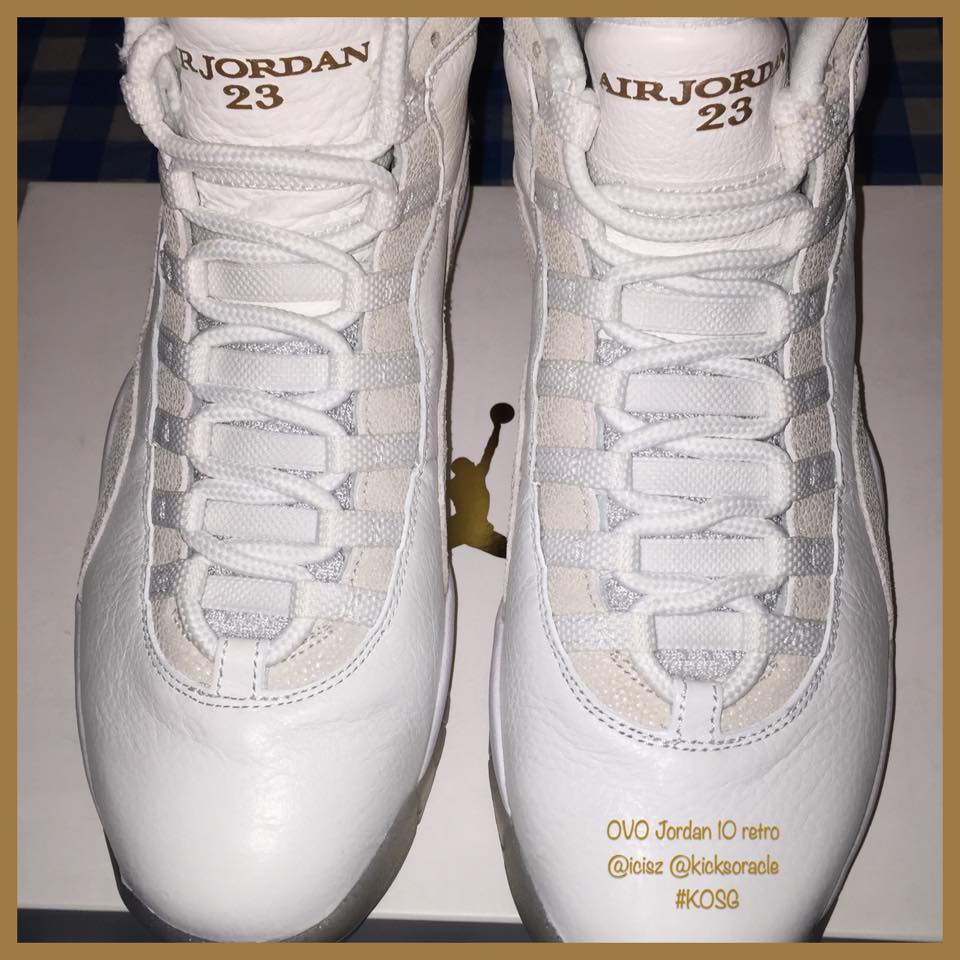 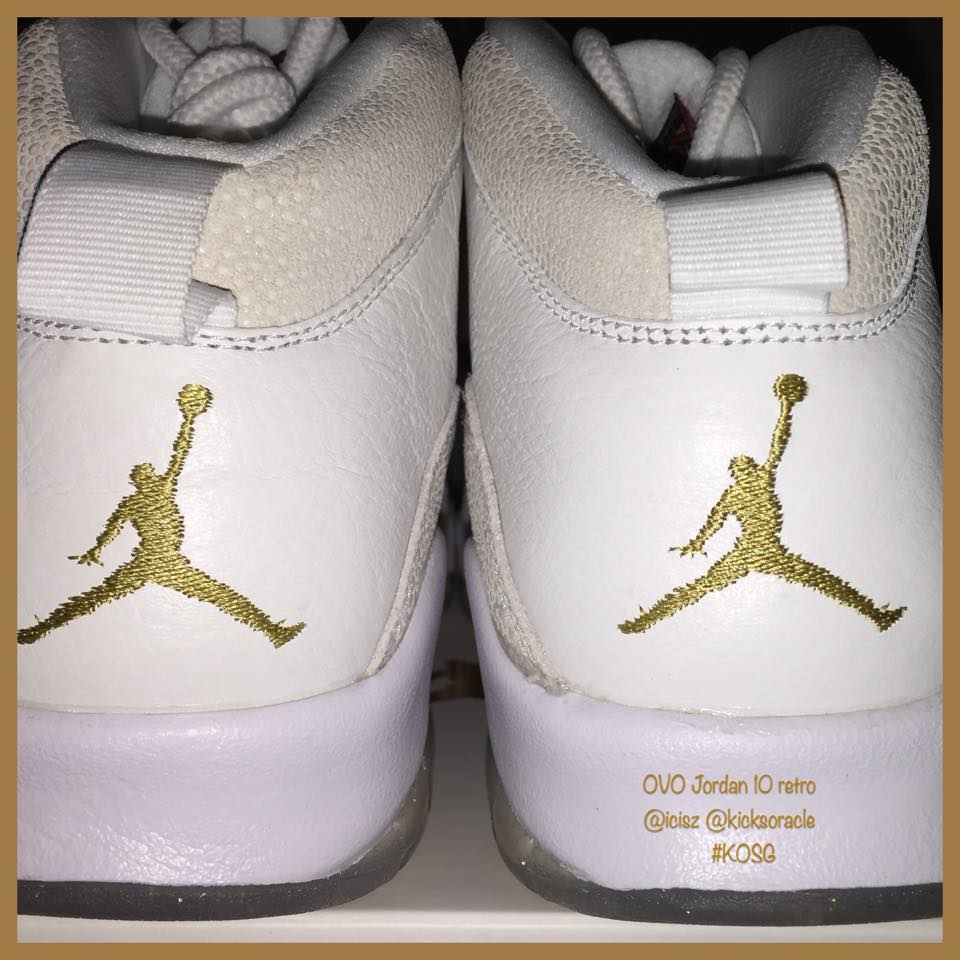 Though the clean white look is in, Jordan retro hype seems to have leveled out in favor of more unique selections rather than for copping every subsequent flavor of the week. Collectors are indeed getting wiser. The Air Jordan 10 OVO has a gorgeous sole, delightful insole detailing, stingray skin (likely faux) around the entire silhouette, and of course the JB logos all lit up with gold accented jumpman & tongue: eye candy the likes of which have not been seen in quite some time. The stingray theme also adds an element that is truly unique in both touch and visual aesthetics. Amazing what a little detail and a mainstream super star can do to enrich an otherwise dwindling hype for sneakers that have been around for decades and now grace the shoe closets of the young and old alike. Alas, big corp marketing distortion field at its finest. And yes they once again sell like fresh bread at an artisan bakery in Moscow during ww2. Sadly maybe even with more demand than food. Many critics may also look at this release as Nike’s answer to Kanye leaving Nike, however it seems to me this isn’t the first time Nike has used such tactics to sell, so I’m giving them the benefit of the doubt that this project would have indeed been released regardless of any of those factors. 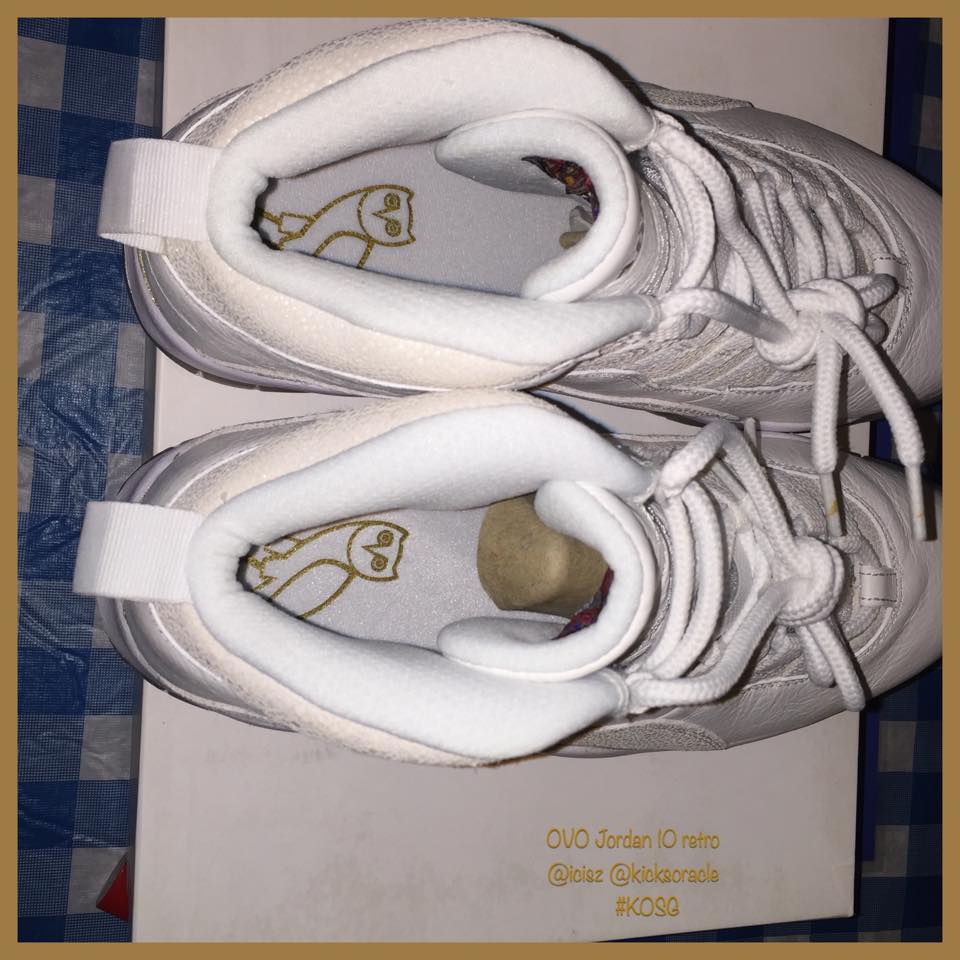 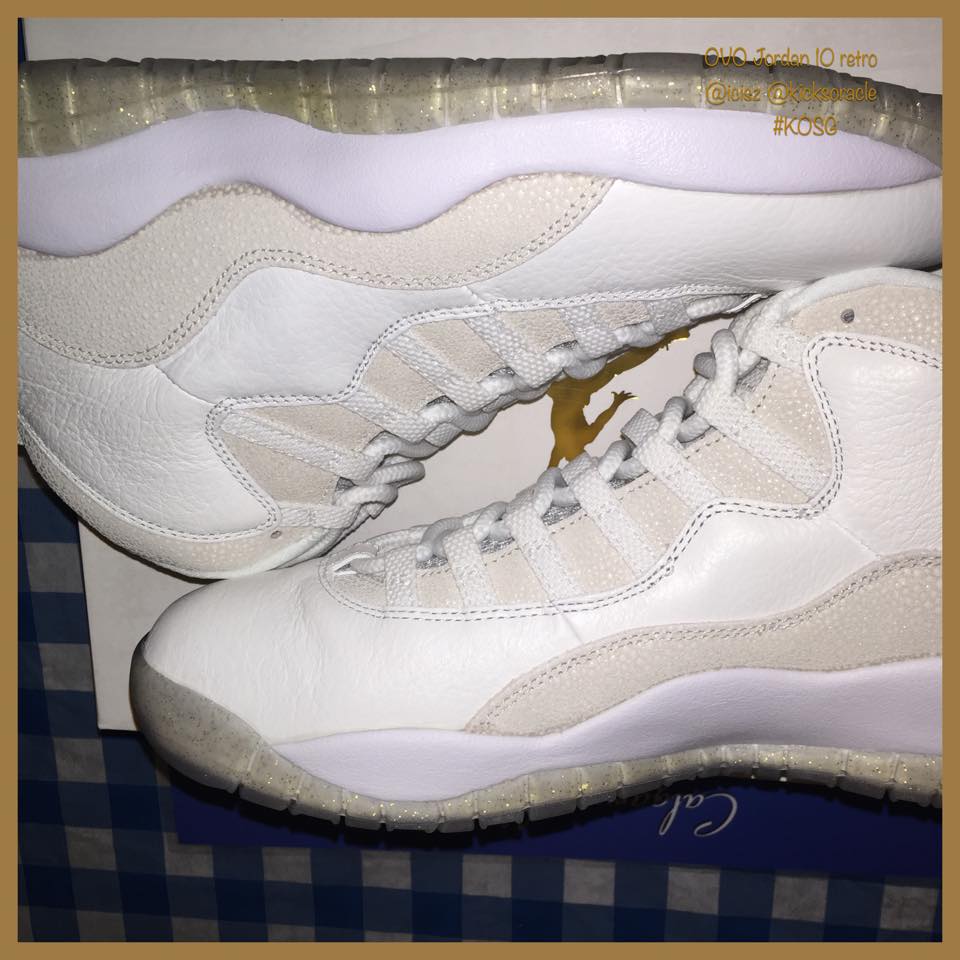 Though it is rather convenient timing wise, and sets the stage for some rather interesting back and forward to keep eyes on the preferred launch of choice. Myself I like the daring nature of Kanyes designs, but it’s positively impossible to compare the Yeezy boost 350 to the Air Jordan 10 OVO on anything but visual aesthetics. Everything thing else about the two are in different categories, except of course, close proximity launch dates and the fact that they are endorsed by two well known artists of our current music era. Considering those criteria, the real wow factor for me has been following Drakes promotional hand offs of some of the pairs in unseen colorways long before this public limited release became a reality. Samples and those exact pairs that were given out to lucky individuals, now command resell prices up in the 2-5k mark on Flightclub– while the limited quick strike style drop this month are reselling on FC, eBay and sneaker forums for anywhere from $600-1300 usd on any given day. All this despite the fact that some stores are yet to release their late arriving allocations, with Oct 3 2015 being sighted as the date that new launch will happen; a date seemingly set aside for selected locations that didn’t get theirs on the original September 12 launch date. Anyone surprised at a Nike launch delay? Rumours also suggest those allocations will be a few size runs per store at best, and not many locations to boot. Finish line may also be dropping what’s believed to be substantially more than the others, but let’s be honest. It won’t be any easier to get those than it was the first time around. It is yet unclear how many more pairs or stores will indeed release on the October 3 promised follow up launch. Are these 10s really worth all the effort? I suppose if your a hard core collector of Jordan’s and you want this lovely, albeit hyped up pair, you might wait for a pair to pop up in your size for a decent price. You can bet they won’t retro this exact pair ever again, prices will probably settle and then rise over time. However. They will surely make more colorways and likely delve into other styles of the JB collection, (as indicated by the inner tongue tag “Jordan collections”), but the enthusiasm we have seen so far makes it clear that this partnership is anything but a one time wonder. 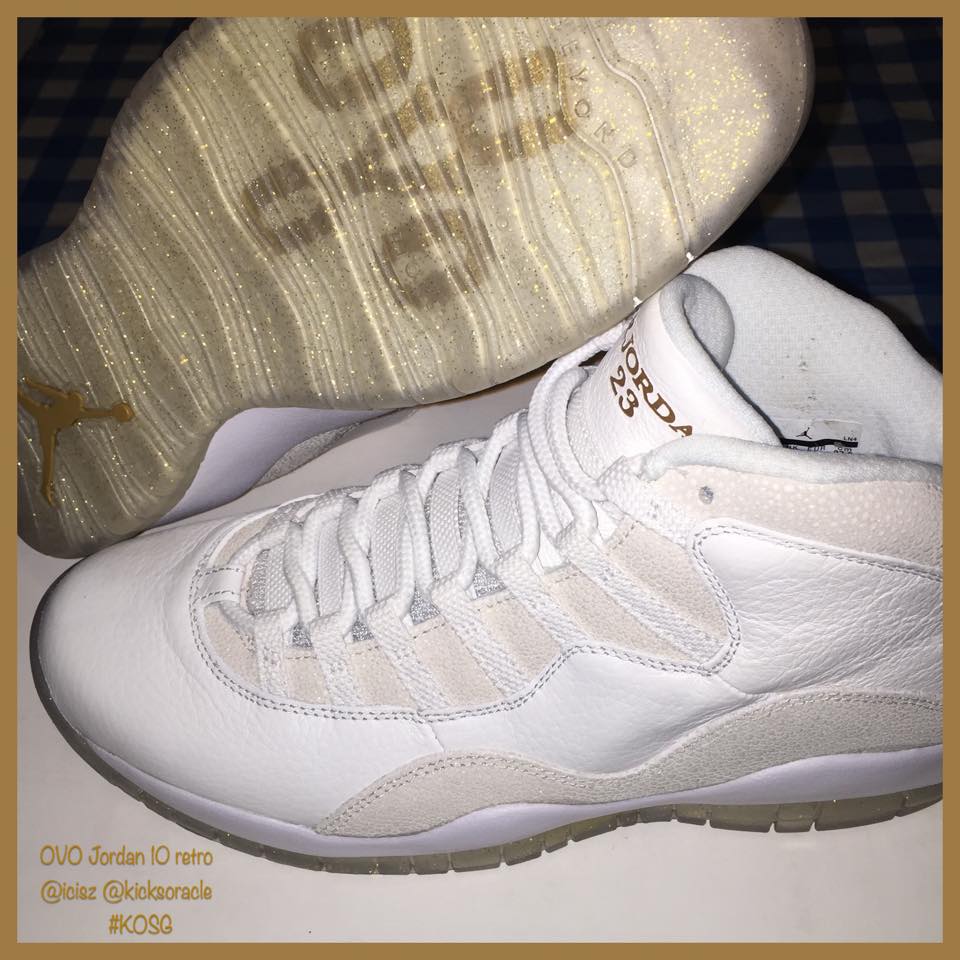 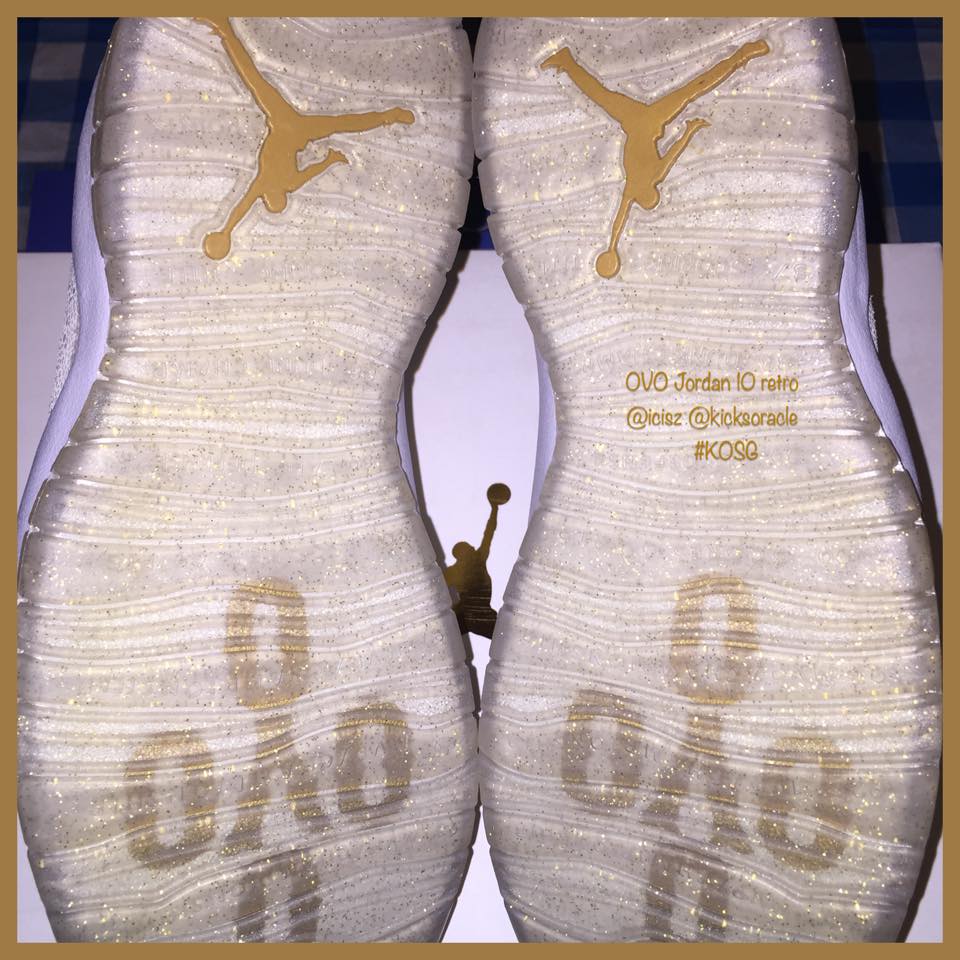 My advice: wait for other styles to come and keep trying to cop for the MSRP (or as close as can reasonably be got for). Do not pay the uber high aftermarket if you can, but if these really hit that sweet spot, well, y’all know what to do. The real hard part, as with any hyped release, is waiting to see if prices go down only to find the opposite has happened. It can be a difficult and slippery slope.”