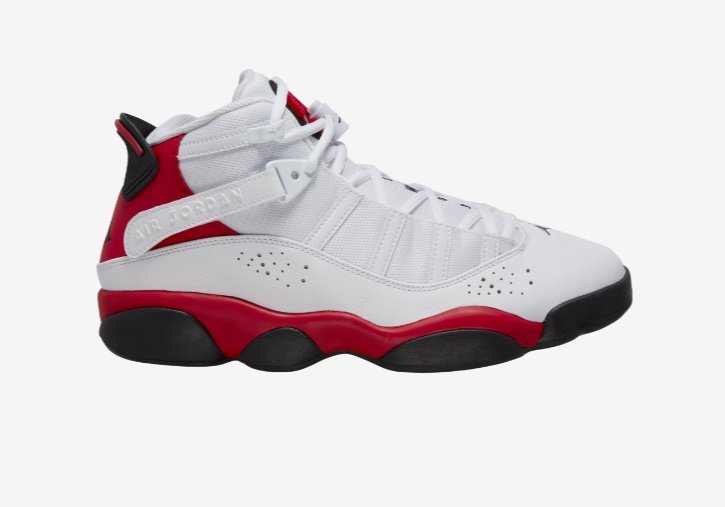 A couple of weeks ago, I went out on one of my usual sneaker scouting missions. And, as always, it paid off big time. I came across the Air Jordan 6 Rings cherry. Clearly taking inspiration from the OG Air Jordan 13 of the same name, the pair boasts an identical color scheme and blocking to the original release. With all-white uppers, rich red midsoles and heels, black pods along with the profile, and white outsole tread, they certainly are to be reckoned with.

The  Jordan 6 Rings is one of the most egregiously named shoes in the history of footwear. For starters, Michael Jordan only won six NBA championships with the Chicago Bulls . Second of all, the 6 Rings is not even inspired by one specific Air Jordan shoe; rather, it borrows design elements from several different models. But I digress. The point is that this shoe is fresh to death and  is also very functional. Here’s a quick look at the shoe courtesy of my YouTube channel.

If you’re interested in picking up a pair, refer to the details below

Where to Buy The Air Jordan 6 Rings Cherry