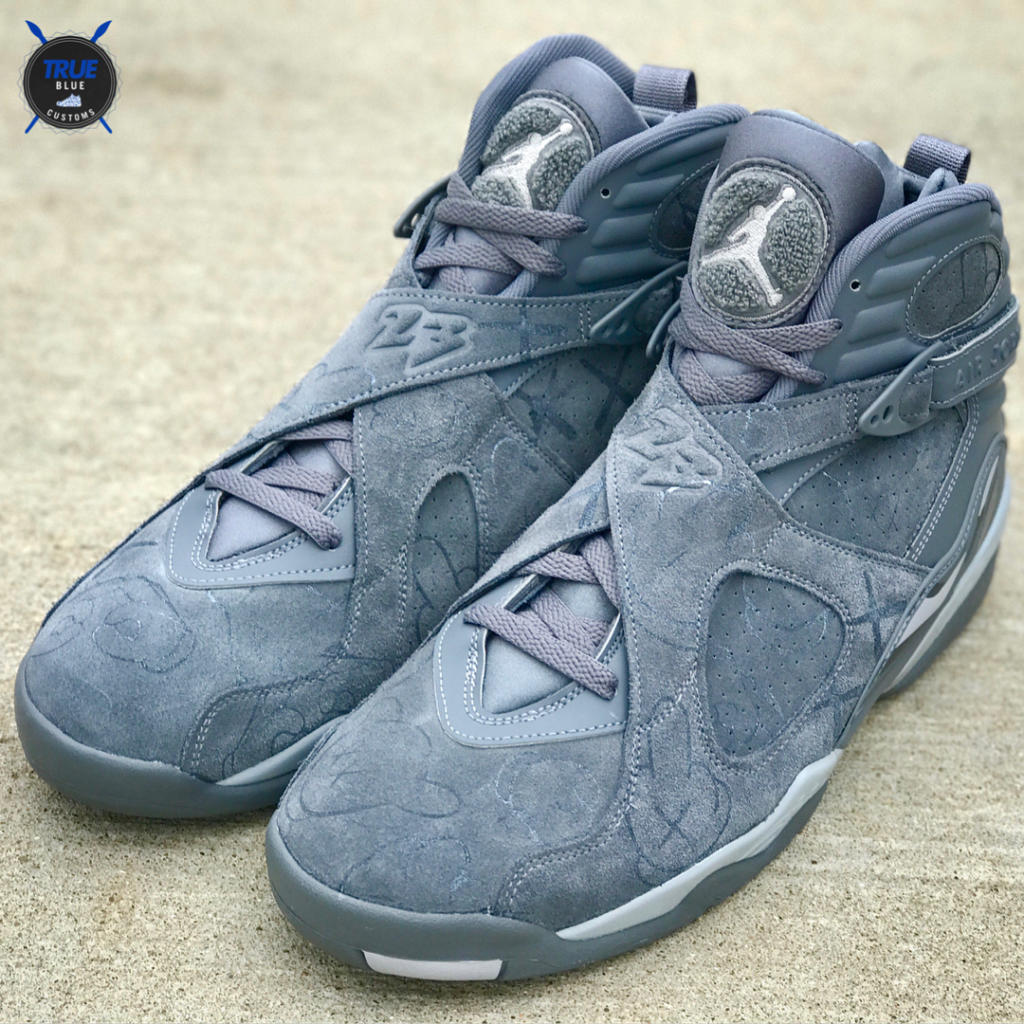 The Jordan 4 Kaws were birthed out of project between Nike and Brian Donnelly Aka Kaws. They released in the month of March of 2017 and were highly sought after by many sneaker enthusiasts. True blue customs took inspiration from the Jordan 4 Kaws and created his own Kaws X Air Jordan 8 using the cool grey 8, probably the best colorway for a project as such. The cool grey 8 dropped right around back to school time in an all grey suede/nubuck upper similar to the Kaws 4 so it was the perfect sneaker for the job. 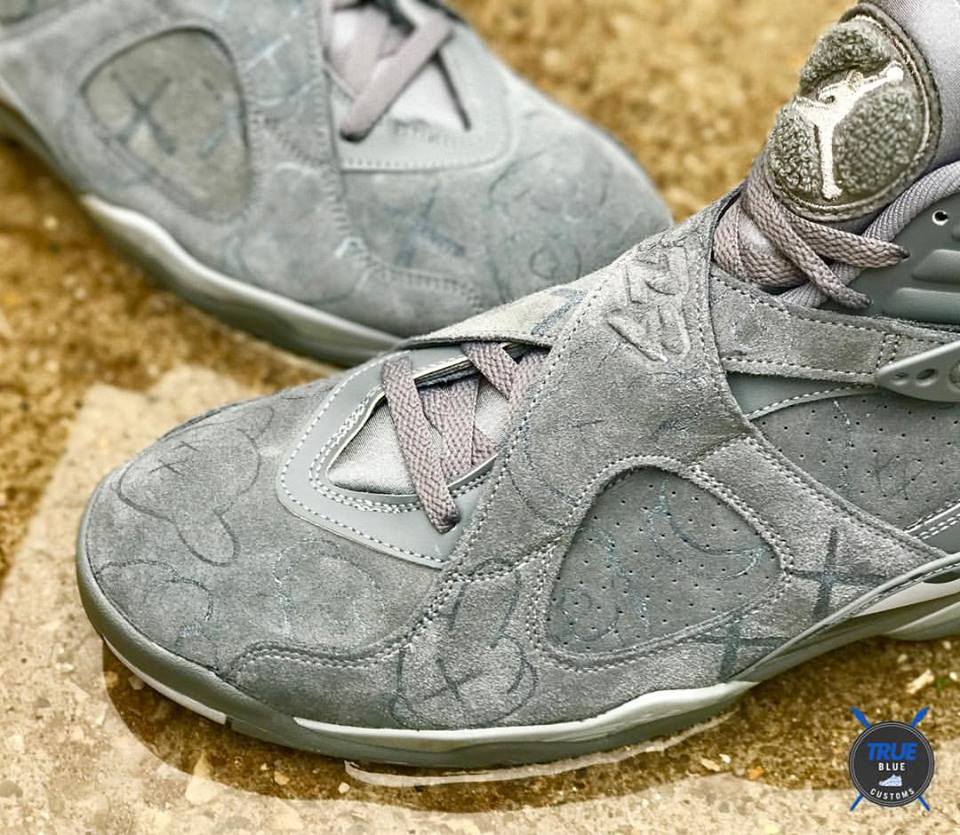 He basically added the Kaws themed graphics on the panels, the toe box , the panel straps, the heel , basically every where on the shoes. He also added the ” Glod In The Dark ” feature on the midsole ; this was a well done custom in my opinion. Check out the pictures below. 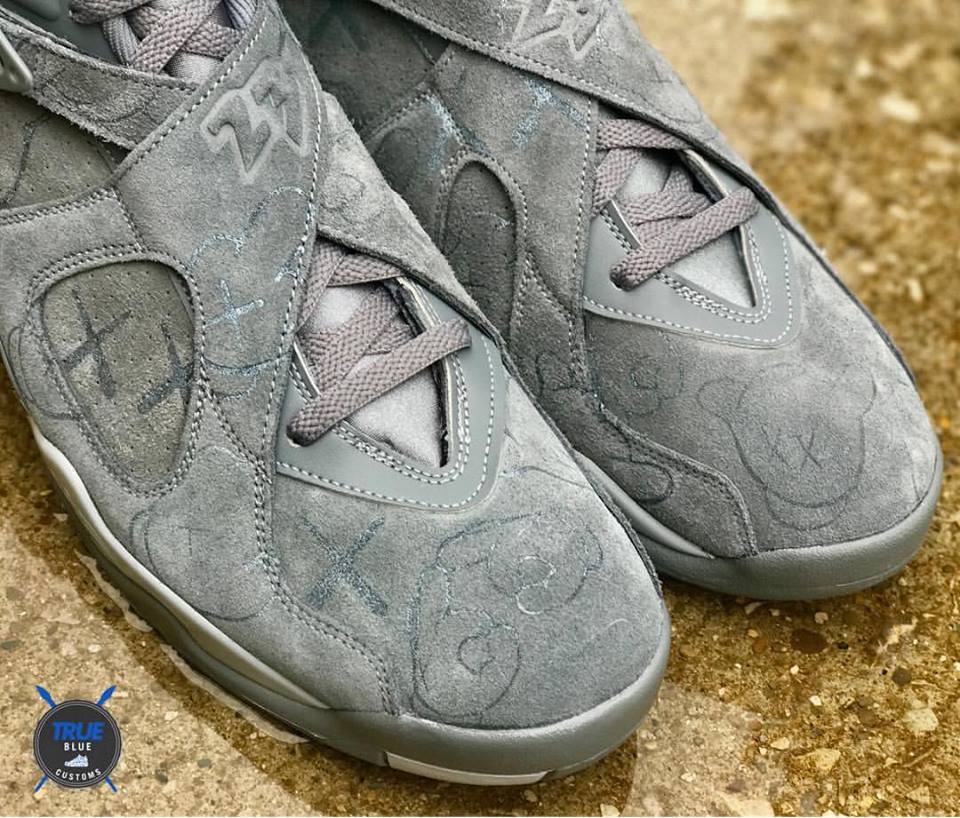 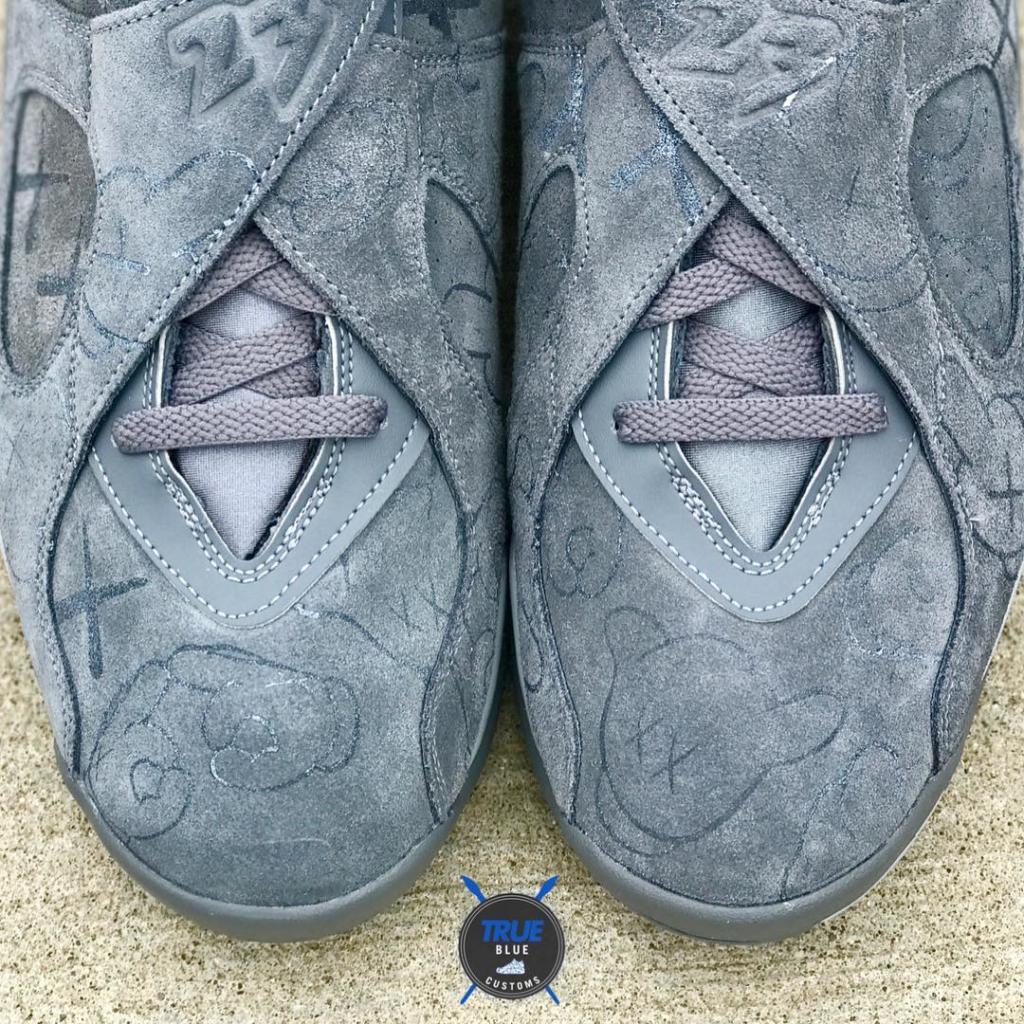 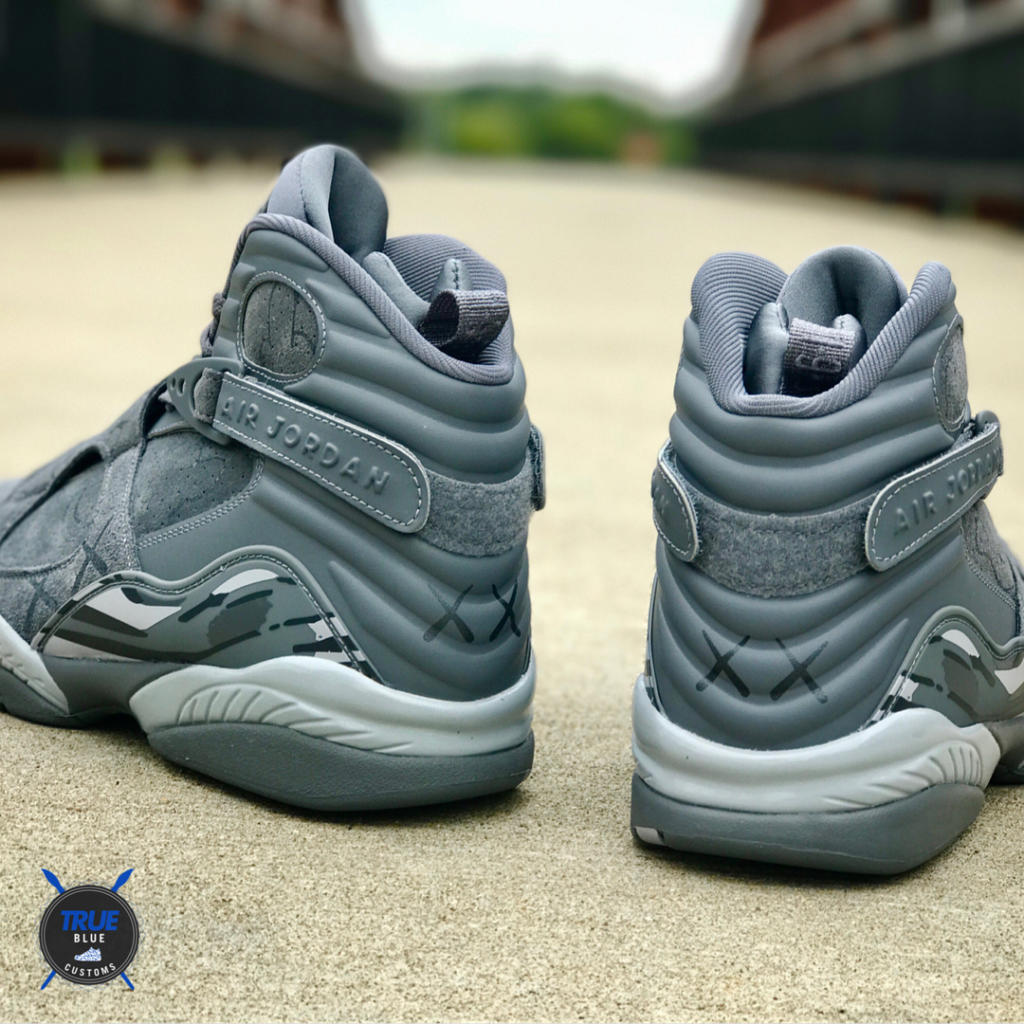 By the way, the Cool Grey 8 is on sale now for below retail if you’re interested, check the listings below from our featured eBay sellers,