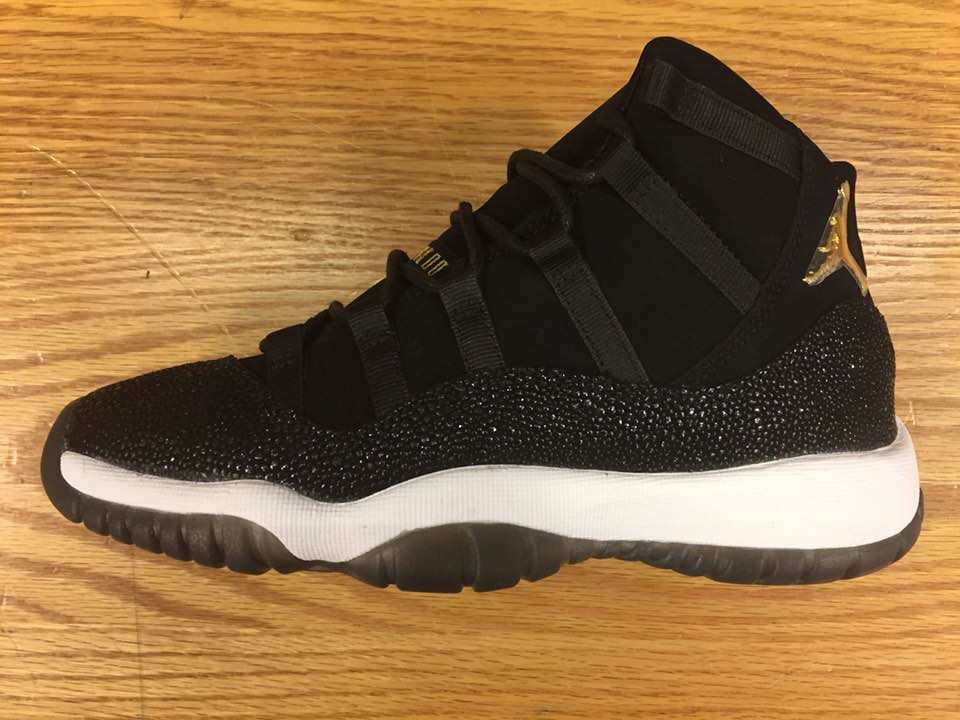 Spread the love
I️ decided to do a little bit of scouting on Black Friday and my main objective was to see what kind of traffic stores were getting. My Guinea pig was Lakeforest mall in Montgomery County, Maryland. Upon arrival I️ was able to pull in the 5th parking space from the mall entrance which basically tells you how dead the mall was. A few years ago , you could’t even find any place to park your car on a Black Friday.
Each of the five major sneaker stores I️ visited had several sizes of the Air Jordan 11 Black Stingray sitting on the wall . Not surprising at all because the shoes were also sitting online. And I️ think the main reason why they are sitting is because they are overpriced. The recent kids Jordan 11 retros that have dropped were priced at $170 which I️ think is still too much. So the question is -can the $220 tag On the Air Jordan 11 black stingray be justified?
First let’s consider the inflation, some might argue that the color scheme is different but it’s still a Jordan 11 retro in Grade School size. I’ll use the GS concord retro 11 as my reference; in 2011 when they were released they were priced at $120. According to the CPI inflation calculator(you can verify it yourself), if the GS concord 11 retro was to be released in 2017, they would cost about $135. Do you realize how much the consumer is being taken advantage of? The air jordan 11 win like 82, an almost replicated version of the Concord cost $170 in GS sizes, and the stingray 11 was priced at $220. So each one of these newer colorways cost $35 and $85 more than they are supposed to ( basically a 26% and 62% bump). Now do you think that’s fair and do you think it can be justified? Well some will argue that the material used on the stingray was premium because they were supposedly upgraded hence the $85 increase in price. Let’s consider that too. Here is what I said when I was describing the stingray a few days ago,

The conventional patent leather mudguard has been upgraded with a luxurious sting-ray leather providing a unique texture to the sneaker, while the rest of the upper sports a soft suede material for a comfortable look.

And I shouldn’t have said that because I didn’t have the shoes on hand. When I grabbed them off the wall and took a close look , I was appalled with what I realized- the material that  replaced the patent leather wasn’t even leather but rather a cheap composite leather and the “bling bling” on the shoes I don’t believe cost an “arm and a leg”. So the $85 ( 62%) price increase cannot be due to the material used. Some will say that the rest of the shoes is built with suede, guess what, the GS cool grey Jordan 11’s featured suede leather and they were also priced at $120. And the Jordan 11 “72-10” which in my opinion features the most premium leather I’ve seen on a pair of 11’s was priced at $170 in GS sizes. So the $85 isn’t justifiable. So what really motivated Jordan Brand to price the shoes at $220 for grade school sizes. I think it’s the ADIDAS YEEZY; Adidas has been manufacturing the Yeezy’s in such a way that grade school and men’s sizes are all put in one category and I think JB is trying to do the same thing. I think in the years to come, the Grade School sizes will no longer exist and Nike will get away with just consolidating all sizes into one single category. I might have gotten away from the topic at hand but my conclusion will be that the $220 price tag on the Stingray 11 is ridiculous. Here are a few pictures I took on Friday. 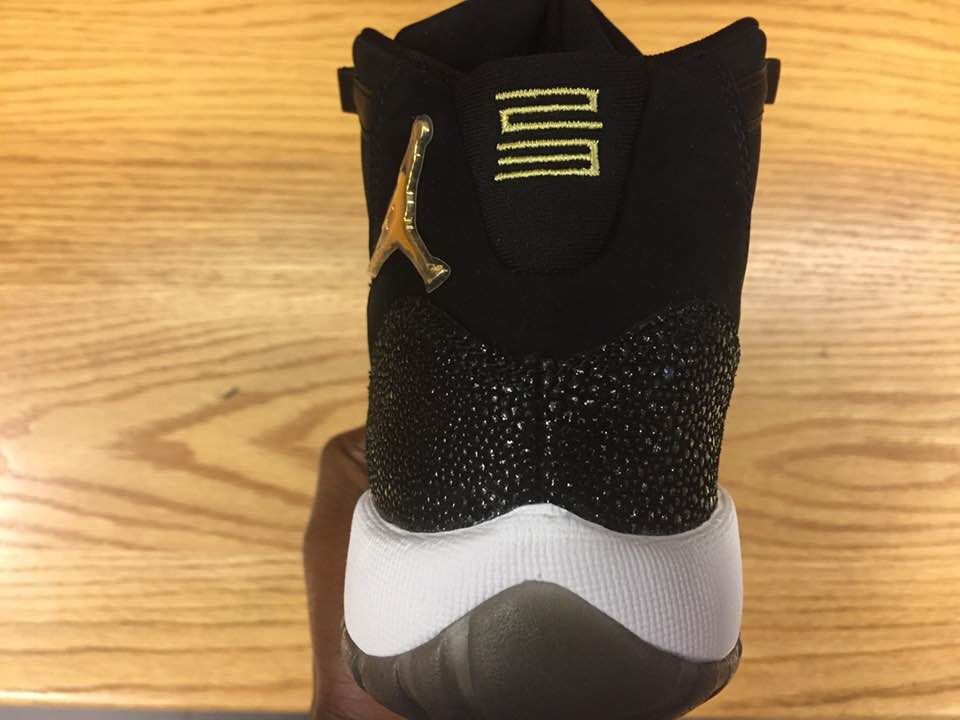 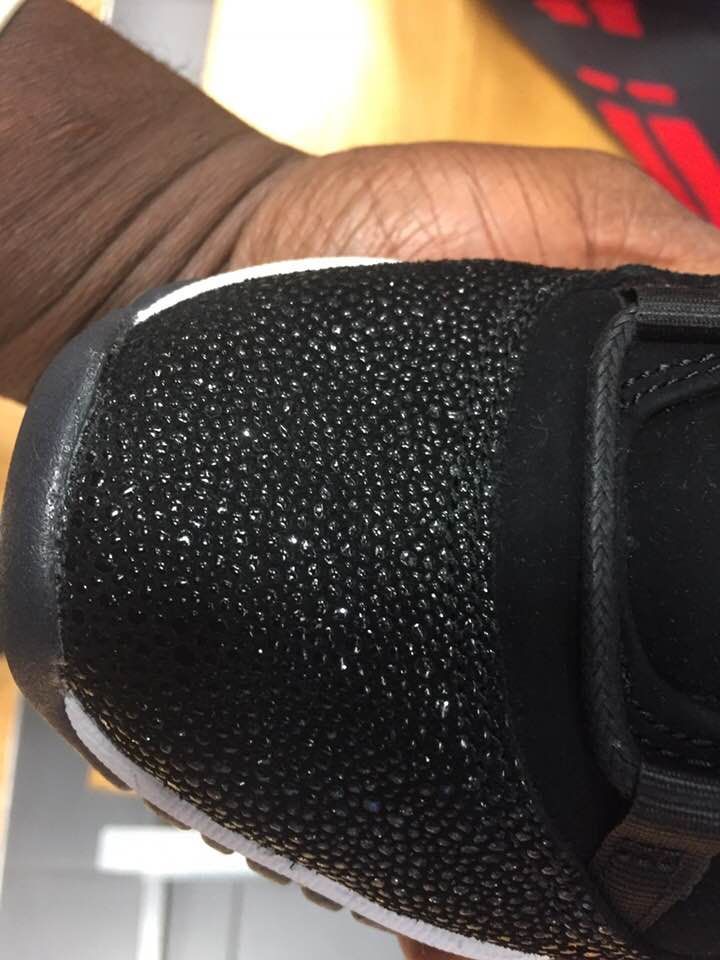