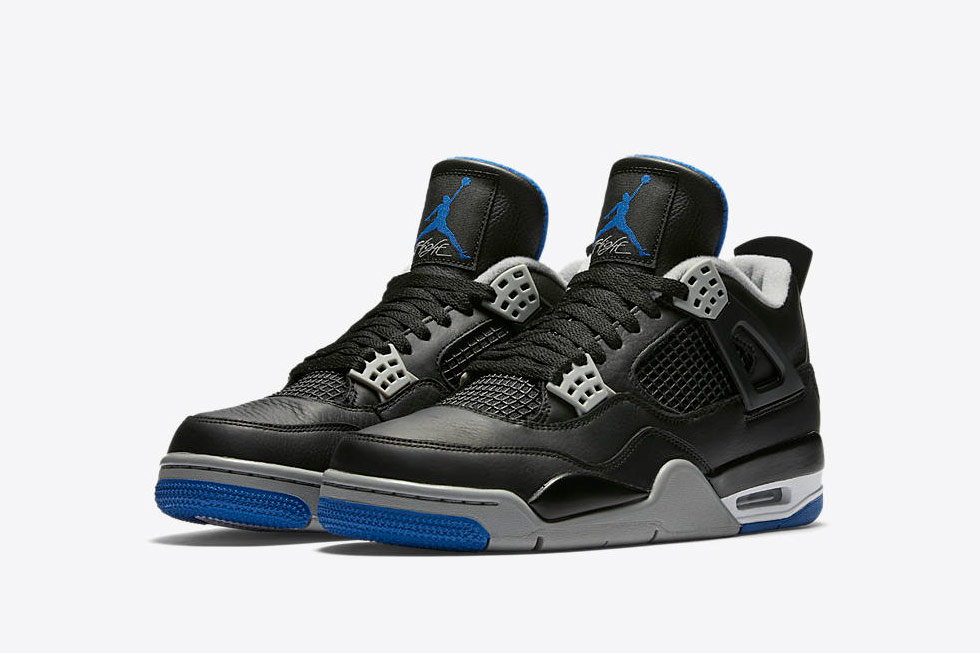 The white version of the Motorsport 4 released in the month of March, and to my surprise the shoes didn’t sell as well as I thought they would. They originally exclusively made for the 16 members of the Michael Jordan’s motorcycle racing team. But it’s funny how the masses go from drooling over a limited shoe to shunning it because they are available to the general public. The Black Air Jordan 4 Motorsport is the alternate version of the white edition, and is set to drop officially on June 17th. The shoes come in a based upper with royal accents . The Jordan 4 were also designed by Hatfield for performance purposes; they were MJ’s fourth signature shoes and by the time , he was already making a strong impact in the league. This particular edition features a premium leather upper with plastic wings, an overblown heel tab and mesh panels for ventilation purposes. Branding comes in the customary ” Nike Air” wording on the heel panel, the “flight patch”  on the outside of the tongue; additional JB logos can be found on the outsole and the sockliner. The shoes are completed with visible heel air units and zoom units at the forefoot for cushioning needs.

The sneakers are priced at $190 which I think is too much; however you can buy them now from our legitimate featured eBay sellers for below retail, see listings below