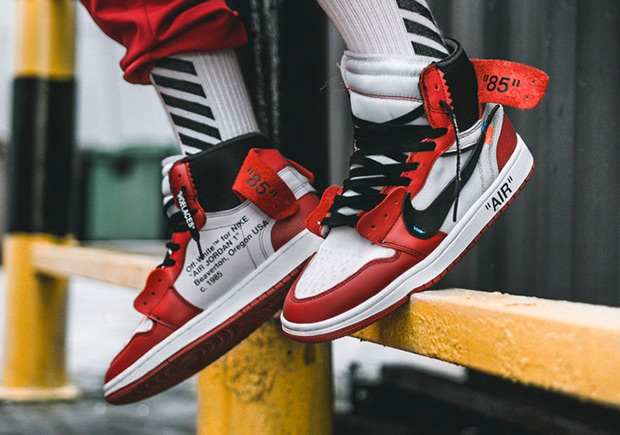 I shared a post a few days ago criticizing the fact that the Off White Air Jordan 1 was nominated as the most coveted shoe of the year, you can read it in the link below.

Off- White Air Jordan 1 Most Coveted Shoe Of The Year, Based On What?

I guess in my assertion, I left one key detail- I don’t have the shoes on hand so I’ve never seen them physically. Basically my evaluation may be a bit skewed and not quite accurate. I was challenged by Steve Joseph who actually has a pair of the Off White Air Jordan 1 and left one of the best reviews I’ve read in a long time. Make sure to subscribe to Steve’s channel Future Tomorrow via Youtube, He has very good content.

1. The shoe has the upper wing/last eyelet flap loose while every other AJ 1 that I am aware of it’s stitched so can’t flap back the way the OF AJ 1 can, cosmetically transforming the shoe without any other accessories. Having “85” on the inside is an added bonus. Add the tie strip and I cannot tell you how many times I’ve looked at this shoe…transformed yet again, effortlessly.

2. The toe box and panels on the upper use very interesting materials/textiles traditionally not seen on a Jordan 1, at least none I’m familiar with.

3. On the NPD 2016 most sold list the AJ 1 was all over the place and dominated sales. As such are people already biased to gravitate to the AJ 1 unconsciously? The article does already point out the fact it is a historic/classic shoe.

4. Holding the shoe in hand, yes I own them, it feels like I got a Nike/Shoe Surgeon type deal, in that I got something more artisan and hand crafted than machine manufactured. Not a single other AJ 1 I am aware of has ever given me that feeling or else I would have bought them.

5. While some people were and most likely still are upset or lost over the whole sharpie deal on pairs they missed the point entirely. The experience now becomes truly personal and unique. At the events Nike held that Virgil attended and was the main guest, he extended that personalization beyond celebrities and influencers to fans and curious attendees of his brand and/or Nike.

I could go on and on and do so pointedly in making a very very strong case for why this shoe and the entire collaborative effort mattered in a major way. The shoe however was not my personal DOTY.