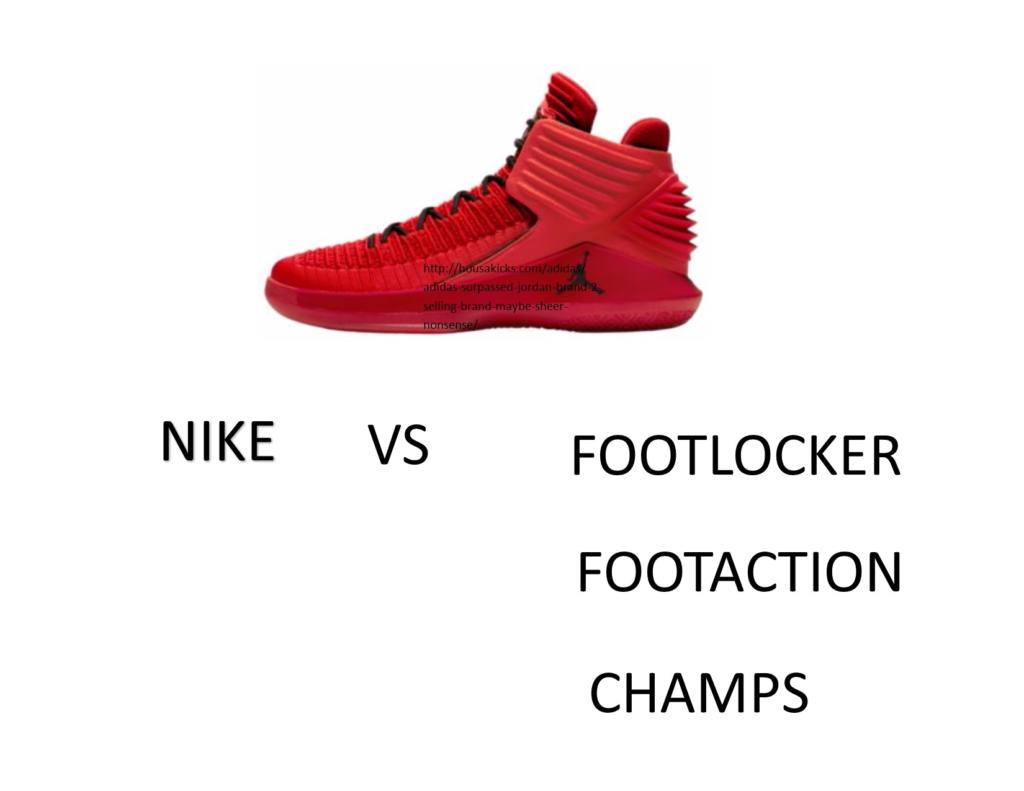 I’m so glad that I was led to check how well the Air Jordan XXXII performed sales wise this morning. Last week, NPD’s Matt Powell opened a can of worms when He said that Adidas had surpassed Jordan as the #2 selling brand nationwide. There is some truth to his statement but not the entire Truth. If you’re collecting your data from only one source, you can not possibly get the entire picture. Nike is like the Gift That Keeps On Taking and I’m afraid all their distributors are oblivious to the impending catastrophe. Nike is subtly creating an empire by literally invading their distributors territories. With the DTC push, Nike is looking to go straight to the consumer and consequently be in direct competition with its distribution channels. And guess what- Nike is winning the battle.  Check the pictures below and the interpretation that follows after

Footlocker, Champs, Footaction and even Eastbay still have a full size run of the Air jordan XXXII available while Nike only has size 8,10 and 10.5 left in stock. Now do you understand why Nike DTC push is so effective and detrimental to their distributors. That is the same reason why this supposed Adidas takeover is only telling half of the story. Retail sales/data do not really reflect the reality of the impending problem. Jordan Brand isn’t really struggling ( their sole purpose is to sell directly to the consumer via Nike SNKRS) but retailers will soon collapse if they keep depending on Nike’s inventory, a company that really doesn’t seem to care to protect its relationship with its distribution channels. Nike also just signed a deal with Amazon which means that retailers will suffer even more.  I talked about that in details in the article below.