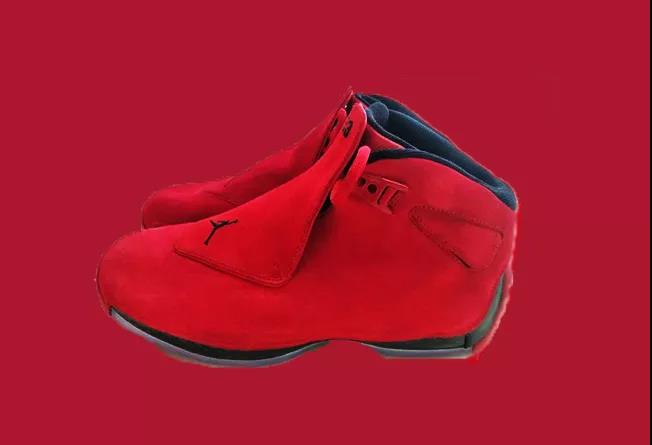 The Air Jordan XVIII 18 Toro is set to officially drop on April the 7th. It has suddenly occurred to me that all I’ve done in the past few days is write about Nike and the brand’s upcoming releases. I have to literally make a conscious effort to squeeze in other brands’s news between the Nike related posts. The Swoosh has so saturated the sneaker world with so many good products that we can’t help but talk about them. The Toro 18’s were probably inspired by Ray Allen’s Jordan 18 PE Christmas Edition. They have the same premium suede red upper with a black trim instead of a green one. I was interested in figuring out how many pairs JB produced and to do that I’ll lean on a previous post I wrote about the Air Jordan 18 Wizard, see link below

Once again , Footlocker, Champs, Footaction and Eastbay weren’t allocated any pairs of the Air Jordan XVII Toro. I checked all four sites and not one of them has the shoe on their release calendar. It was the same with the Wizards 18’s. Nike chose to give the shoes to the smaller chains i.e DTLR, KicksUSA, Shoe Palace and the likes. When I wrote the post about the Wizards 18’s I came up with an estimate between 35k to 60k pairs. So I’m assuming that the numbers will be the same for the Toro 18,

You can do your own homework, it’s pretty simple. Consider the following assumptions,