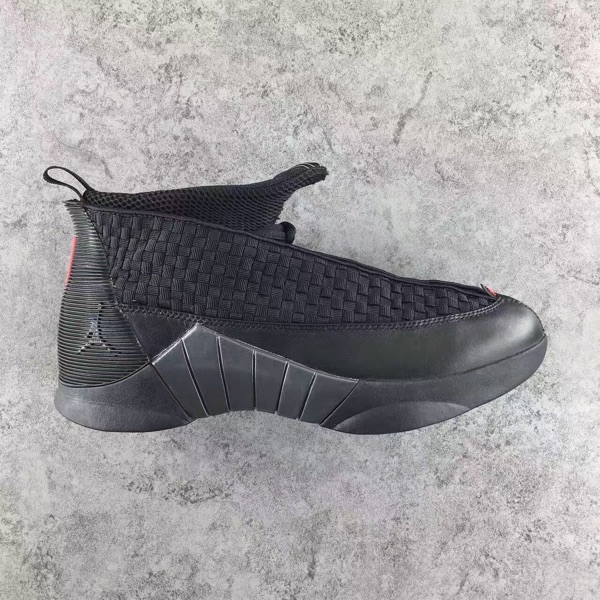 Companies make moves sometimes that will make you scratch your head; I really don’t know what Jordan Brand was thinking when they decided to bring the Air Jordan XV 15 Stealth back. These and the XX2

are by far the most shunned sneakers in the Jordan Collection. The 15’s were supposedly inspired by the fighter plane X-15 that shattered all types of records; rumors also say that the tongue of the shoes were made to mimic MJ’s habit of sticking his tongue out during games. I owned a pair of Air Jordan XV 15 Stealth that I quickly disposed of after nearly injuring myself in a pick up game. The shoes have no fashion appeal whatsoever; I could understand if they were a great performance shoe, but they are awful on the court as well. My feet felt very loose when I put them on, and I didn’t feel any type of cushioning, even though they are equipped with air zoom units. They don’t balance well and have no stability at all ,so ankle injuries will be frequent with the 15’s. At the time I was wearing them , my weight had skyrocketed to 270 pounds; so I can’t fully blame the shoes for my discomfort. I don’t even think a projection post on this model is necessary because they will definitely collect dusts on retailers’ shelves. They are supposed to officially drop sometimes in the Spring of 2017, stay tuned for further release updates.