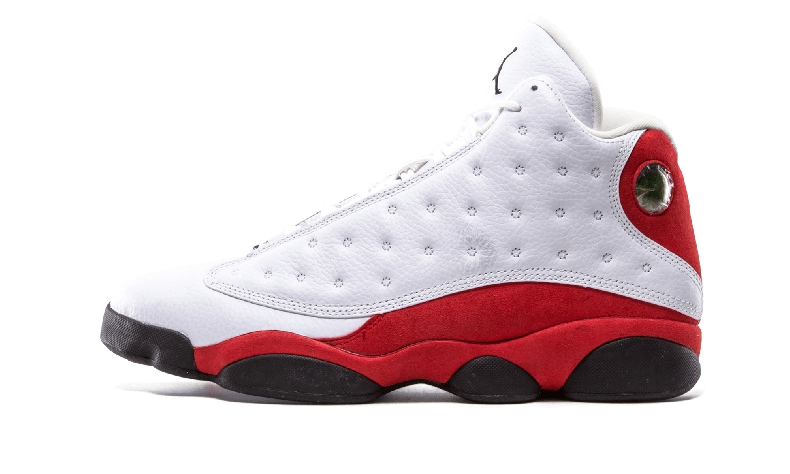 Jordan Brand is determined to make next year the year of the 13’s; 2017 will mark the twentieth anniversary of the launch of the Air Jordan 13 series, which were originally dropped in 1997.  A couple of weeks ago, the only colorway scheduled to be released again in 2017 was the Flint Grey 13’s . And today, we’ve just learned that Air Jordan Retro 13 Cherry will also be making a return sometime next year. I’m the type of guy to complain about JB re -releasing Retros a little too much, but this without a doubt put a smile on my face. 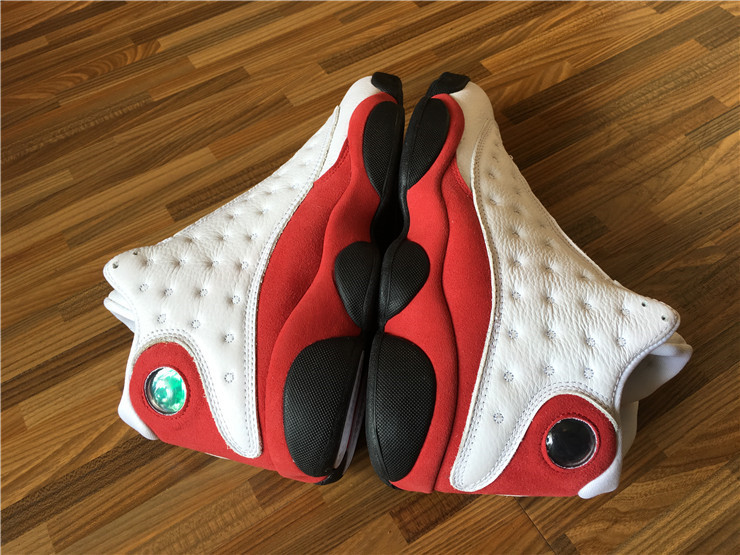 I’m not too fond of the Cherry 13’s but i’m looking forward to other colorways that will be released as well i.e the altitude green 13; i’m a Celtics’ fan so go figure. Hopefully JB will not alter any of the original colorways  the way they did the 2016  Olympic 7. The  Air Jordan Retro 13 Cherry  features a white based upper with red overlays and a black midsole; the shoe comes dressed in a combination of premium tumbled and suede leather on the upper parts. The shoe is also equipped with an invisible air units for cushioning and has enough padding on the inner liner for a comfortable fit. I do not have a confirmed release date yet but stay tuned for more updates.

None of the new GRs will get to the point of having resale value (which is good). I’m sure these will have glue bleeding around the rubber portion of the midsoles as usual.

all of them are like that thee days, lack of execution but who cares, dudes gonna get em. those vans definitely opened my eyes to how stupid the consumer is in general