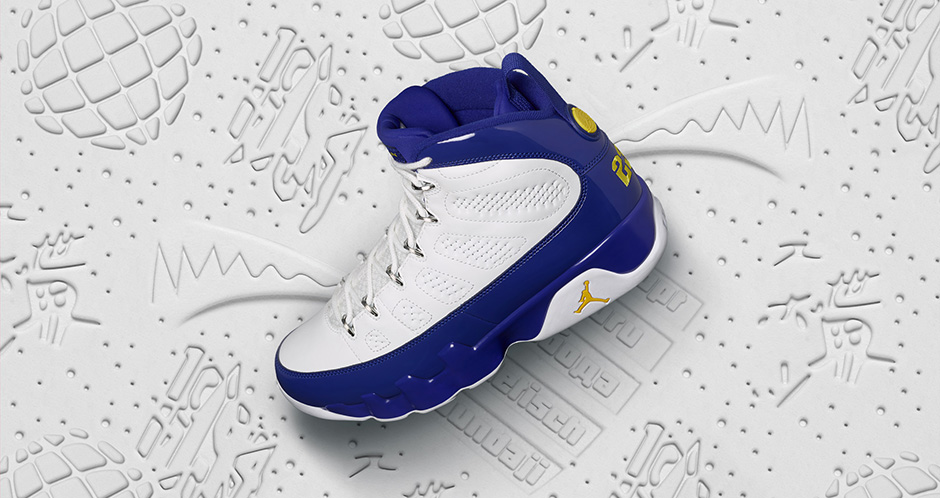 The Black Mamba is no longer an active player in the NBA but his legacy lives on; early on in his career, Kobe was an Adidas athlete. His stint with Adidas was very short mainly because Kobe himself wasn’t too fond of the shoes; Kobe left Adidas in the early 200o’s, and that is when his Jordan saga began. One of the shoes he wore was the Air Jordan 9 Retro Kobe Bryant. 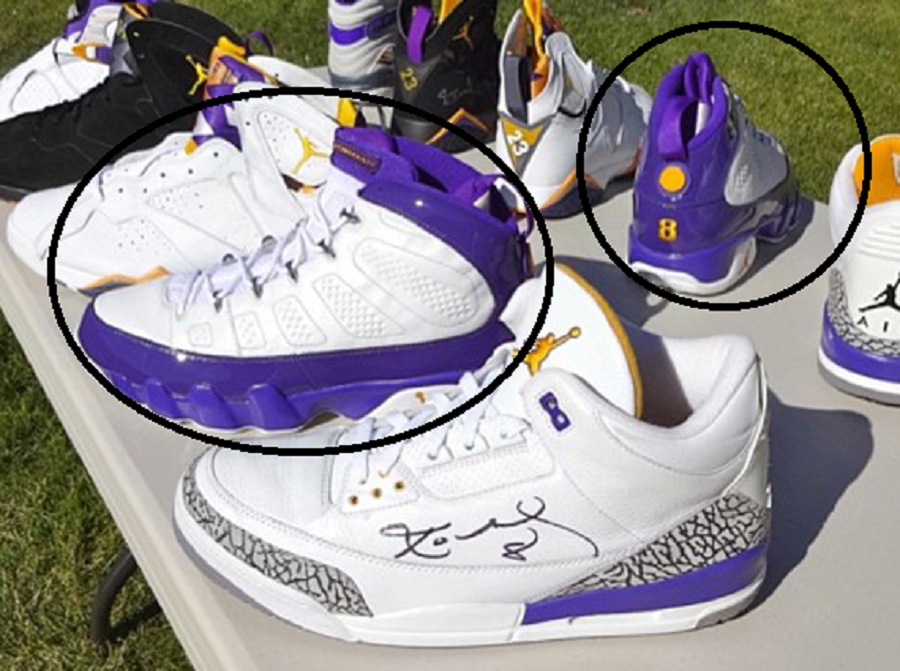 The shoes feature the Lakers Purple, White and Gold jersey uniform; material wise , the upper part sports a perforated white leather with patent leather overlays on the mudguard. Jordan branding occupies the outside of the tongue, the midsole and the heel area. Unlike Kobe’s own PE’s , this edition will not have his infamous “#8” on the heel , but the number “23”. 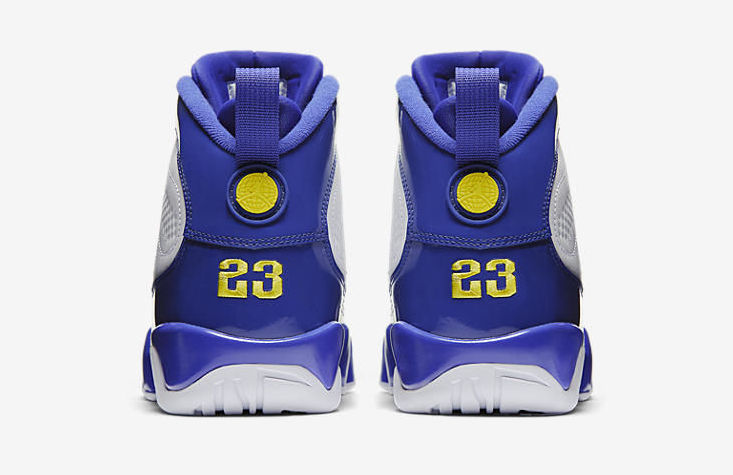 The Jordan 9 model was originally released in 1993; I used them or shall I say abused them on the playground three years ago. They were very comfortable, easy to wear, and kept me injury free the whole time I played in them. They have a great ankle support system, they keep the foot dry and cool. 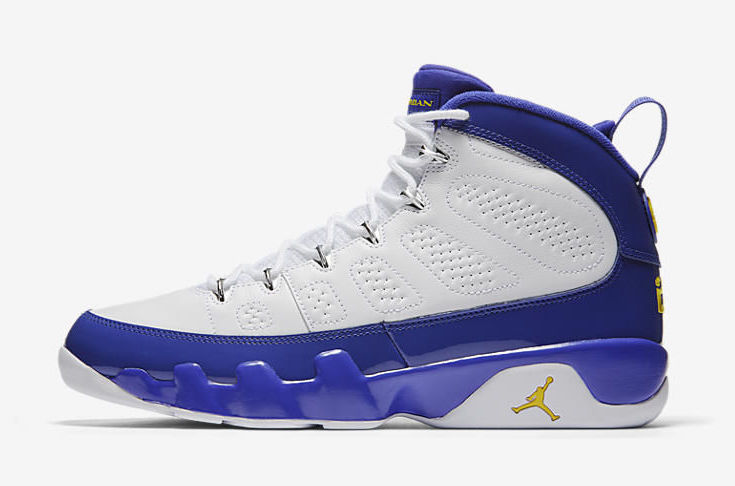 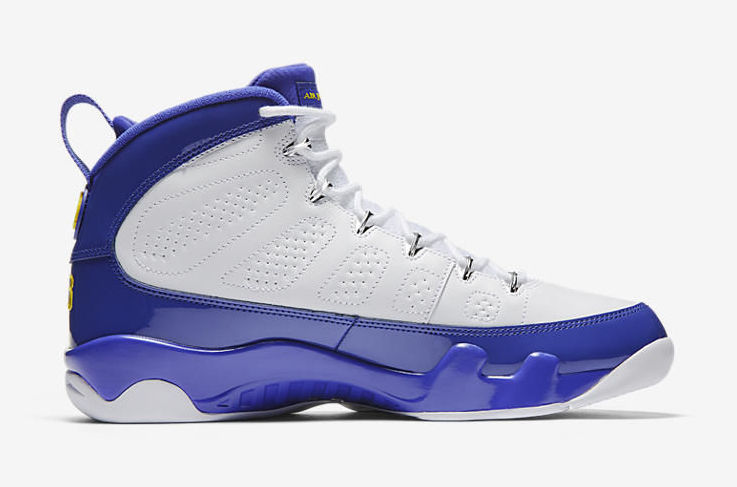 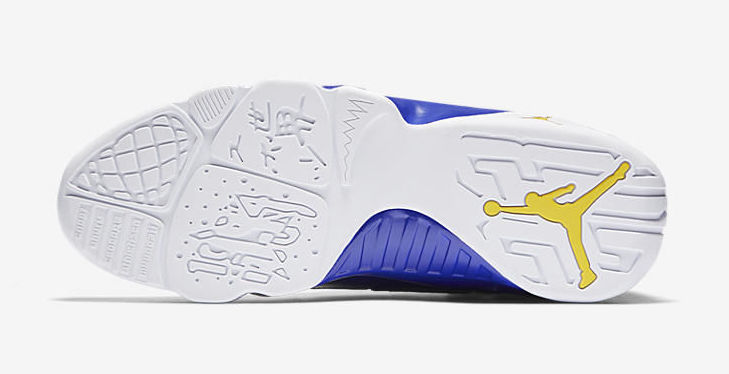 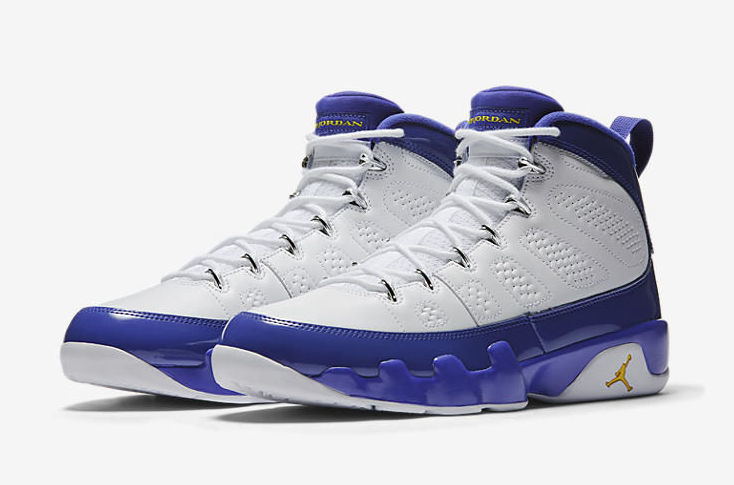 You can BUY IT NOW on eBay