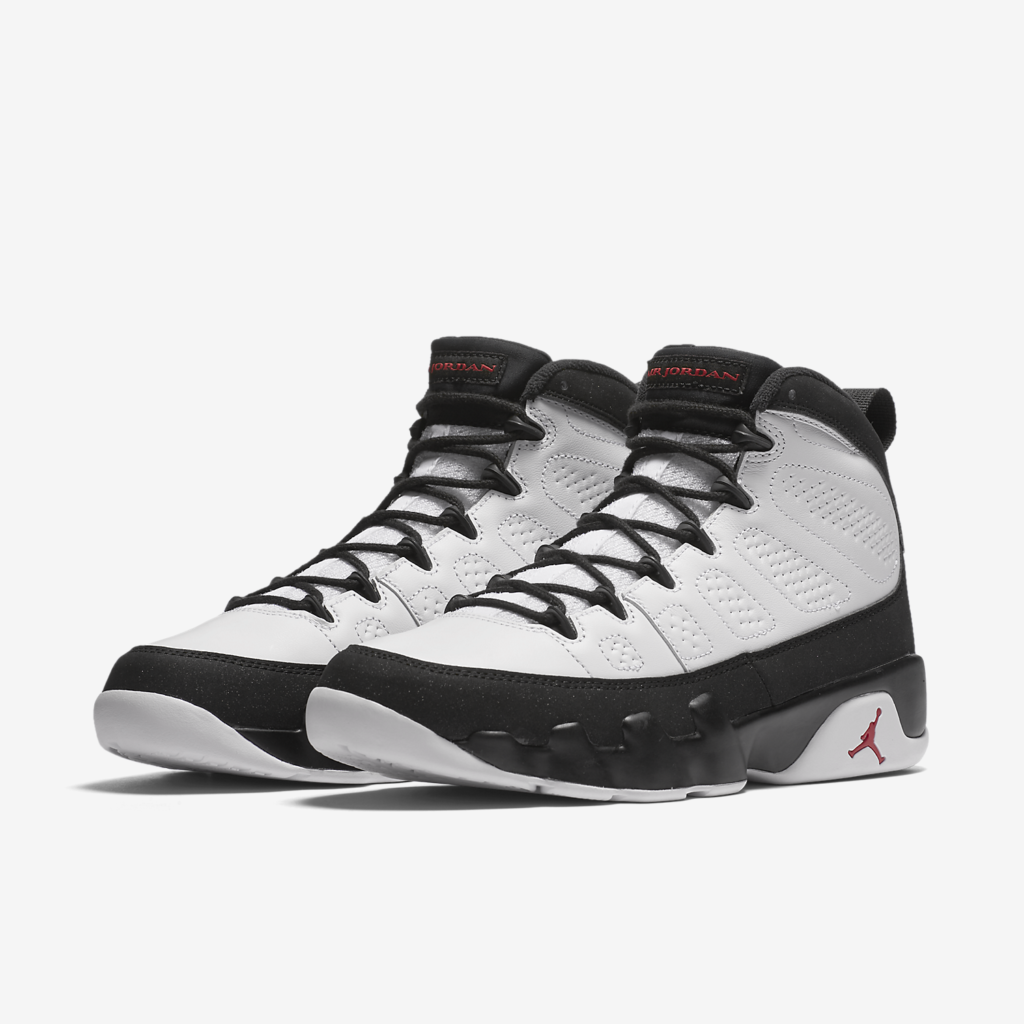 The Jordan 9 Kobe Bryant dropped last week and did better than I thought; they haven’t completely sold out, but were met with a positive feedback. Yesterday, while picking up my black Friday orders, I had an interesting conversation with my local Champs’s manager. She told me of the multiple calls she received in regard to the Air Jordan 9 IX OG Space Jam 302370 112. 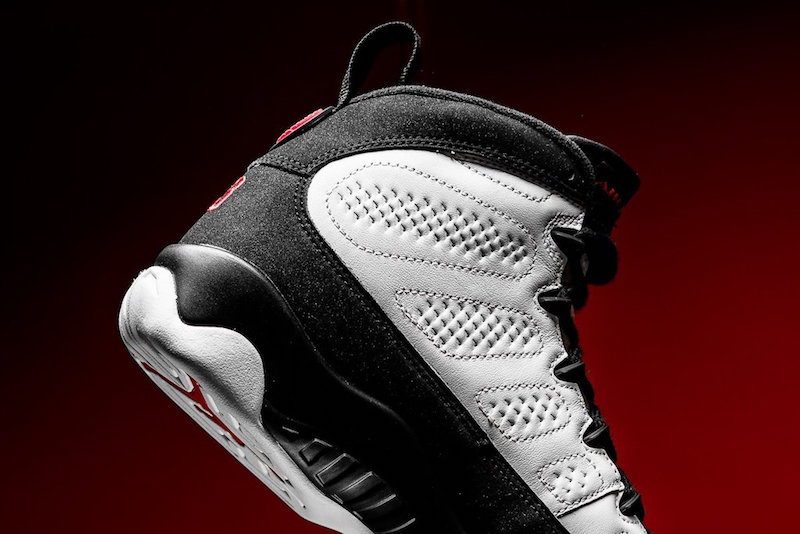 I guess Jordan Brand marketing machine was a success- a quick look on ebay led me to a seller with a total of 56 pairs already sold within the last 48 hours . This is what creating a hype behind a shoe can achieve. The playoff 9’s ( notice I’m not using the “Space Jam 9”) is without a doubt a dope shoe; God knows how I abused them on the playground for years.  They were originally released in 1993, and were re-issued in 2002,2008 and 2010. They come dressed in white and black with red detailing. JB logo occupies the  outside of the tongue, heel, midsole and the outsole. In keeping with the old school theme, a ” Nike Air ” text will be printed on the insoles. 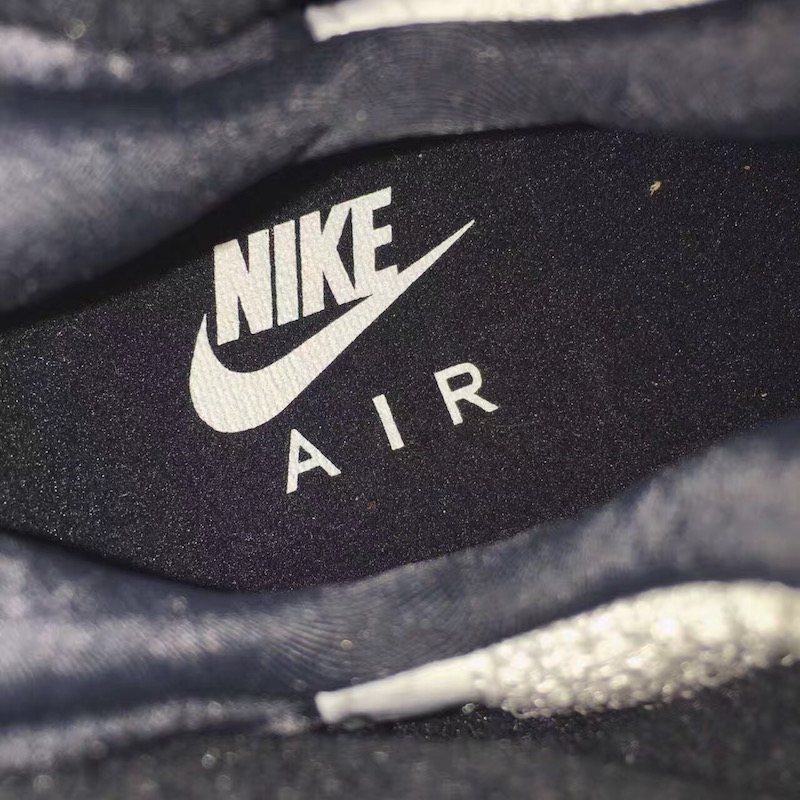 As far as performance goes, I will rate them at 9.5/10. I literally destroyed them on the court. With a great ankle support, they are very comfortable, well padded; they feature  invisible Zoom Air Units for maximum cushioning  and definitely durable- I left them out in the rain , I did yard work with them and still used them on the playground.

FOR THOSE WHO DON’T WANT TO WAIT THEY ARE AVAILABLE NOW ON EBAY VIA THE TRUSTED SELLERS BELOW, BUY WITH CONFIDENCE.