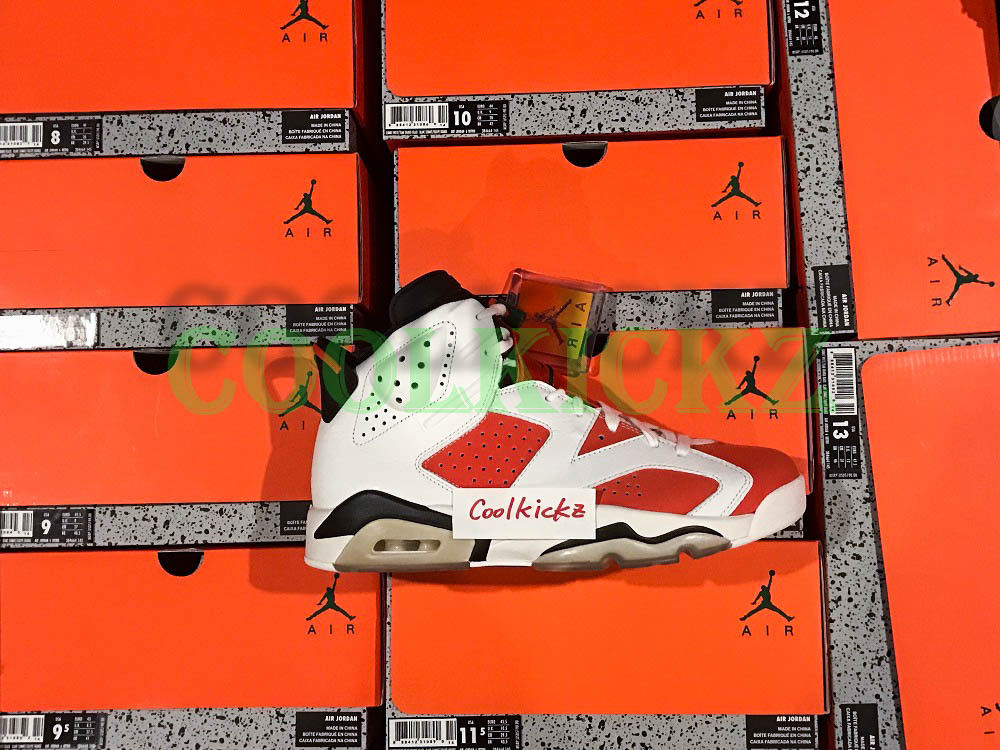 The Air Jordan 6 Gatorade  is up for grabs now via our featured sellers in the listings below. The all green pair will be more limited than this edition. Refer to listings below

The shoes were supposedly inspired by MJ’s Gatorade Ad campaign. It was a great Ad that brings back vivid childhood memories. The color combination will include white, orange and green ( reminiscent of the Gatorade color and logo respectively) as well as black highlights on the midsole, the tongue and back tab. Jordan branding will hit the tongue and and its extension ( green Jumpman ) and Gatorade will get its own lighting bolt logo on the lacelock and sockliner. The back of the tongue also features “If I Could Be” in keeping with the ” Be Like Mike” Gatorade Ad campaign. I’ll say it again, this to me is the Carmine 6 even if the underlays aren’t Chicago Bulls Red inspired.