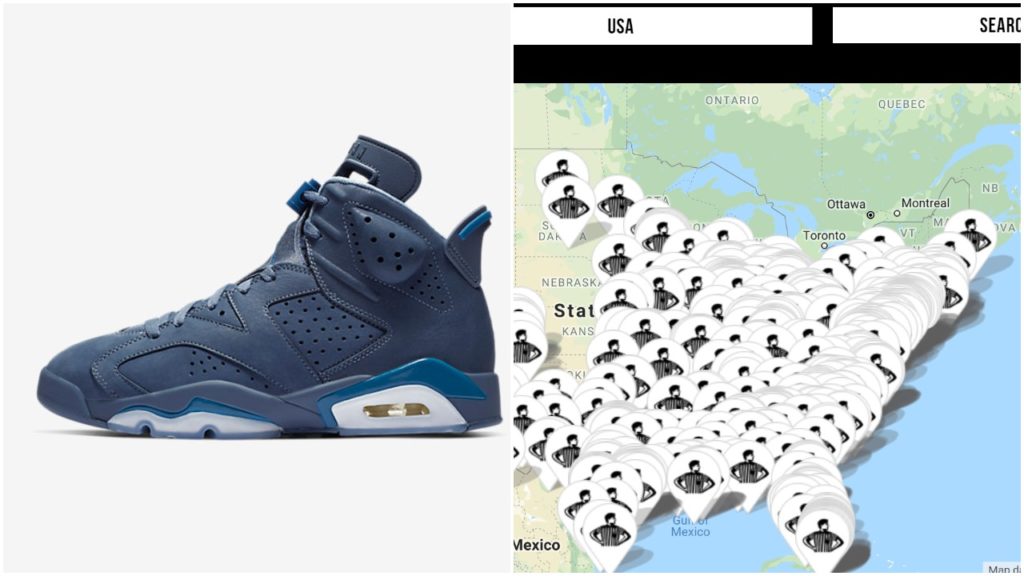 Jimmy Butler has definitely turned the Philadelphia Sixers into serious contenders in the Eastern Conference. The upcoming “diffused blue ” Air Jordan 6 is nicknamed after him and I think it had to do with the fact that while a member of the Timberwolves, he was spotted in a game with a pair of Jordan 10 in a similar color. I do not believe that attaching Butler’s name to the shoe is going to affect sales at all via Retail ( we’ll see once the shoe drops). My boring job this evening is to figure out the number of pairs produced and honestly I’m not excited about the endeavor.  Only major retailers ( Footlocker & derivatives, finishline, Hibbett) and Nike are getting the shoe based on my google search and recent scouting. I’ll lean on the following assumptions:

Footlocker, FTA and Champs will receive about 1/3 of the entire inventory ( Eastbay and Champs received nothing)

.Each physical location will receive an average of 18 pairs

Also releasing this weekend is a pair of the Jordan 8 “Air Raid” so my verdict on the Jimmy Buttler Jordan 6 is- Mediocre. There are barely any sales recorded on eBay ( only two sales recorded, see screenshot below) 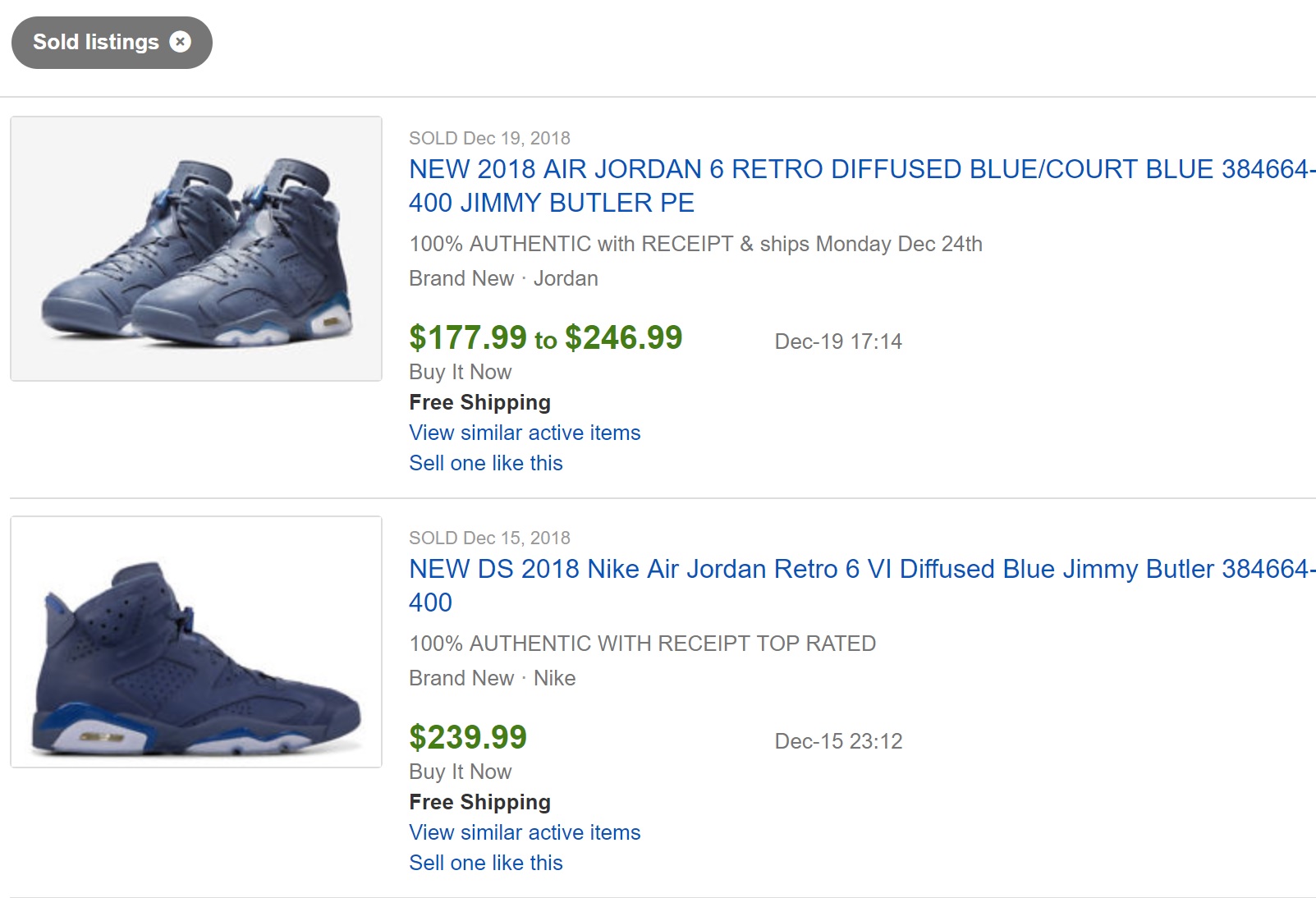 I think the market value is going to drop by $20 in before January the 1st and the shoes are going to be heading towards the Nike outlet very soon.